In response to the nonresponse that Darigold has given Ruby Ridge workers and their supporters, the United Farm Workers (UFW) organized a rally in front of Darigold’s Seattle headquarters on Monday October 10th.

We were hopeful that Darigold would finally show farmworkers the respect that they deserve and send a representative out to hear what they have to say about the egregious abuses of their rights that they have and continue to suffer at Ruby Ridge, a member of Darigold’s cooperative. 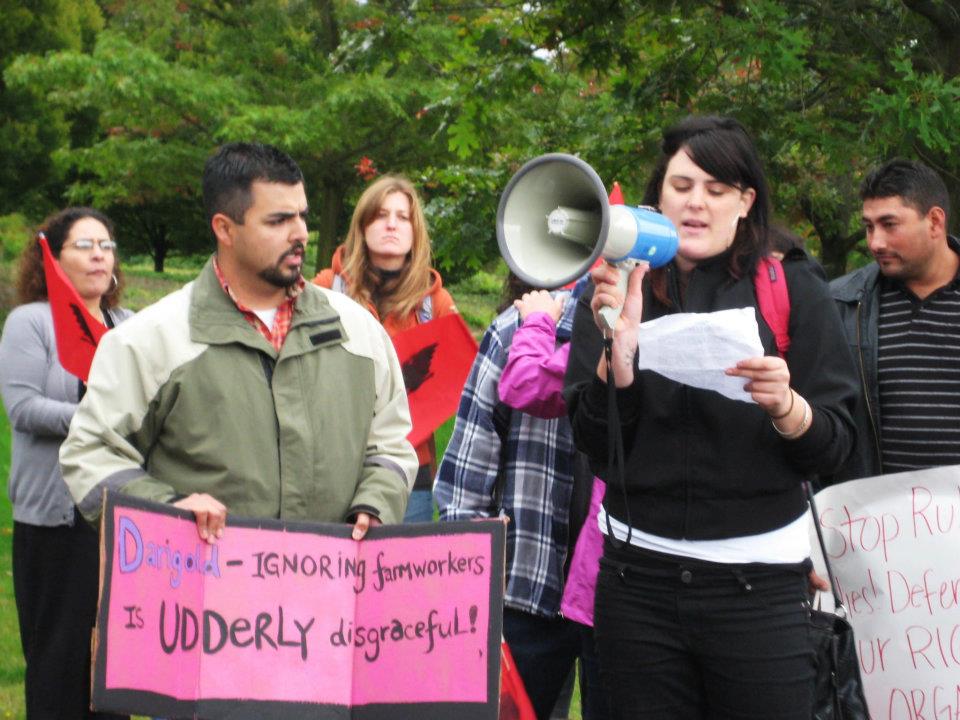 Although almost  two hundred people were gathered outside to bring the message to the company, they continued to deny their influence to intervene in this dispute and their responsibility to the protect the rights of the workers whose labor makes them million dollar profits. Instead of a Darigold representative, we were greeted only with armed security guards.

Olympia YAYA attended the event because we wanted to personally convey the message that NFWM/YAYA sent to Darigold after we were shut out from their processing plant in Portland after we marched there in August. Just as importantly though, we want the workers at Ruby Ridge to know that we will support their struggle until they are victorious. As farmworker advocate Rosalinda Guillen said at the rally, “Darigold needs to understand that when the UFW flag is raised in support of workers it does not go down until a contract is signed!”

Also attending the rally were supporters from the WA State Labor Federation, the Teamsters Union (who represent employees in Darigold’s processing plant), Community to Community, El Comite, and MECh@ chapters from Everett and the University of Washington.

Until the next action is finalized, UFW has requested that we sign this petition. Please take action today.