Jack and Joan Preiss long held, and will for many years to come, an important and cherished place in the family of the National Farm Worker Ministry. Jack passed away on April 14, 2019 at home in Durham, NC. He was preceded by Joan’s death June 1, 2012. With deep appreciation for all that both Joan and Jack did for decades to agitate society’s status quo and our individual complacencies and stand on the right side of justice for farm workers, we call out, ¡PRESENTE!

We encourage all supporters of justice and all supporters of farm workers’ right to self-determination to join us at the Celebration of Jack’s life on Saturday, June 15th at 10:00am at Eno River Unitarian Universalists Fellowship, 4907 Garrett Rd, Durham, NC 27707.

Joan and Jack, deeply involved in many social justice issues, were doers. They saw societal failings and moved to make people, institutions and systems whole. The farm worker movement is changed because of their involvement. In 1973, Joan embarked on a life-long mission to improve the living and working conditions of migrant farm workers in North Carolina and around the U.S. She established and grew the Triangle Friends of Farmworkers of the United Farm Workers (TFUFW) from its beginning supporting the nation-wide boycotts of lettuce and grapes called by Cesar Chavez and Dolores Huerta to the agitator extraordinaire for the Farm Labor Organizing Committee, instrumental in FLOC’s win of the Mt. Olive boycott. 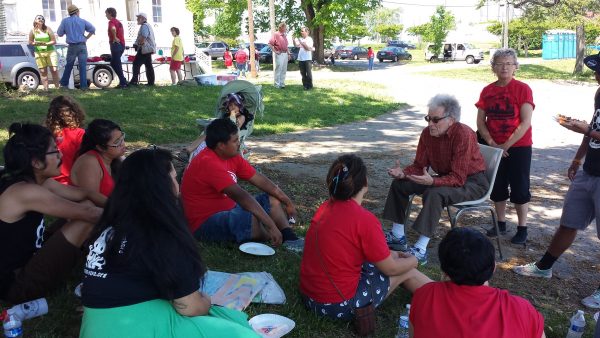 Jack Preiss talking with NFWM-YAYAs about Joan Preiss’ legacy in the farmworker movement during the post May 2014 FLOC Reynolds American action.

After Joan’s long illness and death, Jack, with Joan’s brother Fred Papert, established the Joan Preiss Memorial Fund within NFWM. And then Jack got to work helping to revive the Triangle Friends of Farmworkers (TFF) with Joan’s long-time cohorts Jennifer McGovern and Dave Austin and others. TFF is only one of Jack and Joan’s many legacies to creating a better world. As one Durhamite said on learning of Jack’s passing, “He did a lot of good for a very long time.”

Please read Jack’s obituary for a fuller accounting of his extraordinary life. 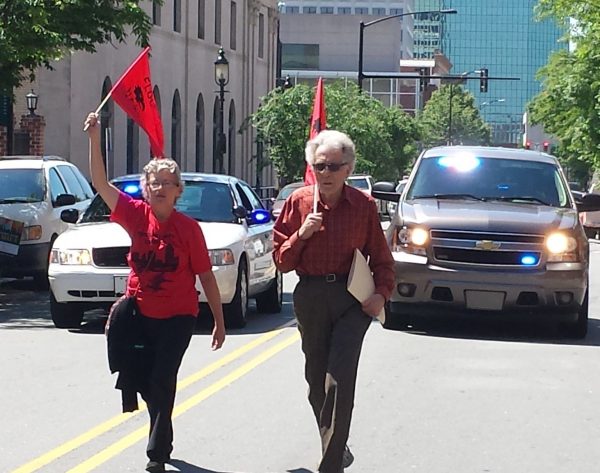 Jack Preiss and friend bringing up the rear of the FLOC May 2014 march through the streets of Winston-Salem, NC following the Reynolds American Shareholder Meeting.