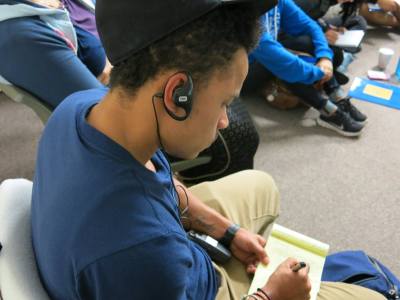 The weekend of November 21, I and two other YAYA’s joined the Florida Immigrant Coalition (FLIC) for their 10th annual FLIC Congress. Every year, the members of FLIC meet to discuss immigration policies and what we can do to help, to elect new board members, and to ultimately re-charge. Along with YAYA’s attendance, there were many other groups from all areas of Florida including Young American Dreamers, Hope Community Center, 1Miami, and many more. As I took a seat and looked at the people around me, I was getting that feeling joyous and excited feeling I always get when I’m surrounded by people who want to make a difference.

The meeting began with an introduction of the board members and members of the coalition. During this time, the nominees for the 3 open board positions gave a short speech explaining who they are and why they want to be apart of the board. All of the nominees gave wonderful speeches and were exceptional; it was hard to narrow the vote down to 3. After the morning presentation, we dispersed for lunch that was so generously made for us by the staff of Warren Willis United Methodist Camp.

Later that day we were asked to choose 1 out of 4 workshops to attend to. While they all seemed interesting, I chose to attend the presentation on Criminalization (ICE Detainers & detention). It was during this workshop that I became more aware of just how awful detention centers are. Christine Hu, founder of Friends of Broward Detainees, shed light on some very important facts about the criminalization of immigrants. I learned that there is a “Bed Quota” that requires law enforcement to arrest and detain 34,000 immigrants a day. I also learned that ¾ of those detained are never seen before a judge, and many of them are separated from their families and loved ones with a small chance of reconnecting. Christine also spoke about the detention center she volunteers at, Broward Transitional Center in Pompano Beach, and the mistreatment of detainees. She told us about a young man who had a toothache, and after a week with no help or treatment, he proceeded to pull his own tooth out.

The reality for immigrants in the U.S. is a much grimmer one that many don’t seem to realize. It is living in constant fear, and after the Criminalization workshop, my heart was filled with sadness, but also a burning desire to help change these policies.

We took a break after our first workshop and then were asked to choose another workshop out of 4 more. This time I chose to attend the presentation on Root Causes of Migration. After everyone gathered in the room, we introduced ourselves, what city we currently live in and where we were born. The vast majority of folks present in the room were not born in the U.S. and so many of them have dealt with migration first handed.

The presentation began with an overview of migration, specifically in the U.S., starting from 1492 when Columbus first “founded” the Americas, all the way to today, year 2014. We learned about how many different factors that have contributed to people’s migration, including the genocide of Indigenous Americans, slavery throughout all of history, and the free trade acts, such as NAFTA, which forced thousands of Central and South Americans out of their home countries. During this presentation, we were also asked to pair up with someone and talk about why they migrated, whether it was from one country to another or one state to another. We were given each 4 different stickers that each represented a different reason for migration- violence, climate, economy, or to be with family. We then placed whatever sticker corresponded with your reason for migration on a timeline to mark the event. After everyone was finished, it was evident that the vast majority of people migrated due to economic reasons; however, there were some who showed climate change and violence.

The reason people migrate to different countries can be for a number of reasons or even just one. Often times, those who are migrating are in search of a better life, whether it’s a job that pays more, to reunite with family, or to escape a dangerous situation. Nonetheless, it is inhumane to turn your back on someone who is on this journey to make a new home, and it is our duty to help fight for their freedom and dignity as they arrive in the United States most likely as day laborers or farm workers. 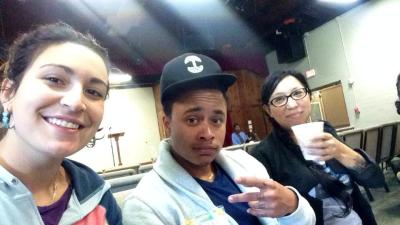 On the last day of the FLIC congress, everyone gathered in the main room and the floor was opened up to those who wanted to share their stories. Many folks spoke, young and old, and all of the stories were heart-felt. Some cried while they told their stories, and others gave great speeches to continue fighting. The stories that were shared had me struggling to hold back my tears. All the while I was listening to people talk about leaving family members behind, being afraid to go out on the streets, and living in a place that doesn’t give you the same rights as others just because you were born elsewhere, I couldn’t help but feel so torn. There are so many people living in the U.S. who work, have families, pay taxes, who want to be able to drive and go to college and yet they are treated as if they are not people.

Although it is terribly saddening how the U.S. treats immigrants, there are also so many people out there working and fighting to make a change, and that is why FLIC exists. After folks shared their stories, we discussed strategies that FLIC will take on for the next couple of years. Each organization was to vote on things they saw as important, such as trainings for DACA clinics or helping people fill out documentation papers. I was really happy to be in a room full of people ready to make a difference, because it is long overdue that we change these policies at hand.

As the conference came to an end, I thought about my family and my friends and how thankful I am to have them all here with me. However, we cannot forget those who are still in the struggle and in the fight, and as we wrapped things up, these words were spoken and are still ringing in my ear: “We are not free until ALL of us are free.” I am so grateful to have attended this year’s FLIC Congress and do not doubt that the future YAYA to attend will learn new things, meet great people and walk out re-charged. Si se puede!

Check out more photos from the FLIC Congress here and here!