A Conversation with Liz Freeman 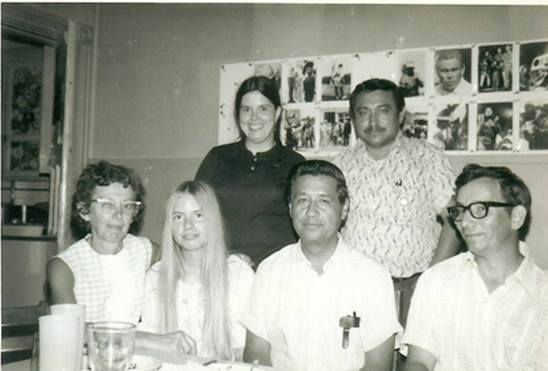 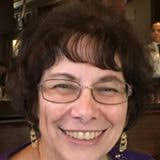 In September 2018, Liz Freeman responded to NFWM’s PRAY, FAST AND ACT Action Alert in solidarity with the Darigold Dozen, dairy workers in the northwest who were preparing along with United Farm Workers leadership to fast in protest of their treatment. Liz’s response was this, “When I do my fast for Yom Kippur I will be praying also for the Dairy workers.”

Liz Freeman is the sister of the late Nan Freeman. Nan is considered the first martyr of La Causa, the UFW’s movement for justice for farm workers.

Excerpted from “Remembering Nan Freeman 40 years after the young Jewish woman gave her life for farm workers,” UFW, January 24, 2012:
“Forty years ago at 3:15 a.m. on Jan. 25, 1972, Nan Freeman, 18, a native of Wakefield, Massachusetts and a student at New College in Sarasota, Florida, was picketing with striking farm workers at the Talisman Sugar Plant on U.S. Hwy. 27, about 20 miles north of Belle Glade, Florida. Nan and four fellow students responded to appeals for help from the strikers who were two weeks into their walkout… Pickets had complained to police about scab drivers speeding by the picket lines through stop signs at the plant gates to splash rain and mud on the workers. 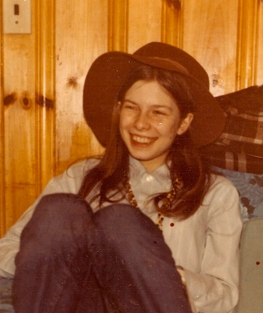 Nan just before going off to college

Nan, Pam and UFW organizer Jose Romero were at the gate trying to leaflet and talk with drivers as they entered. A double trailer truck carrying 70,000 pounds of struck sugar cane drove into the entrance, but the truck and trailer were not properly aligned and the trailer cut too sharply. Jose pushed Pam out of the way, but as he turned to Nan, he saw the side of the trailer loaded with cane hit and knock her into a guard railing.

Palm Beach County Sheriff’s deputies, parked nearby, covered Nan with a blanket and summoned an ambulance. She was taken to a local hospital and pronounced dead on arrival at 4:19 a.m.”

NFWM wanted to know more about what brought Liz Freeman to offer her holy sacrifice to the cause of justice for dairy workers. Following is a communication that NFWM Director Julie Taylor had with Liz Freeman following Yom Kippur.

Julie: When did you first become involved in the farm worker movement?

Liz Freeman: My family and I became involved with the UFW when my sister Nan Freeman was participating with a demonstration at the Talisman Sugar Central. She was a freshman at New College in Florida and died early that January 1972 morning on the picket line. She was the first martyr of Cesar’s UFW. Although I had been a child of the 60s, I’m didn’t know about Cesar Chavez and the early boycotts. Our family had always believed in equality for all.

As a Massachusetts Kennedy supporter, I joined the Peace Corps in 1968 after college as a teacher in a rural town in the Philippines during the Marcos era. When I returned to the States, I was in Philadelphia and joined a group called Friends of the Filipino People who were working to educate our friends and neighbors and Congress about the Marcos dictatorship. My husband, Joe Spear, and I joined a food coop. Learning about Cesar Chavez and the UFW, I saw parallels in the struggles. During the 70s, I met Filipino farmworkers and it turned out that some had been on my Filipino island at one time teaching farmworkers there about basic human rights.

Cesar Chavez visiting the Freemans in Massachusetts in August 1972. Seated from left are Nan’s mother, Selma Freeman; Pam Albright, who was with Nan when she died; Cesar; and Nan’s father, Milton Freeman. Back is Marcos and Andrea Munoz, UFW Boston area boycott coordinators.

Soon after Nan’s death I met members of the UFW Philadelphia boycott office and participated in my first of many lettuce boycott demonstration. I remember it was a freezing cold winter day outside that A & P. Sometime that year I met Cesar when he came to Pennsylvania to give a speech. The more I learned about him and the farmworkers, the more committed my parents and I became to their struggles. I read El Malcriado, their newsletter and made copies of articles from their publications to supplement the flyers we handed out to others. We read Alec Wilkinson’s book Big Sugar.

Julie: Why have you remained committed to this work?

Liz Freeman: In the 80s Joe and I moved back to Massachusetts and participated in several local and national United Farm Worker events. My parents and I went to California for a UFW convention where my sister Nan and the other four martyrs were honored in a tree planting service at Forty Acres. Meeting Cesar’s family and other farmworkers continued to inspire us. At that time, the message was The Wrath of Grapes and educating people about the many dangerous pesticides being used in the fields. We brought the message through articles in the local papers, hosting Richard Chavez on our local Cable TV station, and created a prize winning float for Wakefield’s Fourth of July parade.

We also learned about the struggles farmworkers have in other parts of the country such as in the Ohio tomato fields and terrible conditions workers who travel the roads to pick our foods. We continue to learn from attending demonstrations and programs and reading journals such as those published by the National Farm Worker Ministry and UFW.

I know how hard it is for Joe and I to grow and harvest a small family vegetable garden. It made sense to me to work for better wages, living conditions, worker safety, and safer foods for all. It makes sense for us to participate in supporting those fighting to improve the conditions for those who feed us.

Julie: How did you include the recent fast in your celebration of Yom Kippur?

Liz Freeman: Much of Judaism teaches people to be mindful of others. Farmers are to leave a portion of their land unpicked so those in need can gather food for their families. We are to treat our workers, neighbors, and others fairly. At Yom Kippur we are mindful that people are not perfect but we have a time to reflect on how we can attempt again to make fewer mistakes in our lives. Fasting once a year is a personal struggle, but makes one mindful that there are folks who are not able to feed their families as well as I have been able and that is an injustice that needs to be rectified.

Julie: What would you want to convey to other potential supporters of the National Farm Worker Ministry?

Liz Freeman: We must continue to support those that feed us so that they may enjoy a life with their families. The struggle continues. We must continue the work begun by Cesar Chavez, Dolores Huertas, Chris Hartmire, and others.

NFWM is honored that Liz Freeman and her husband Joe Spear continue their faithful support of NFWM and justice for farm workers. Thank you for your solidarity and for generously giving us your time for this conversation.