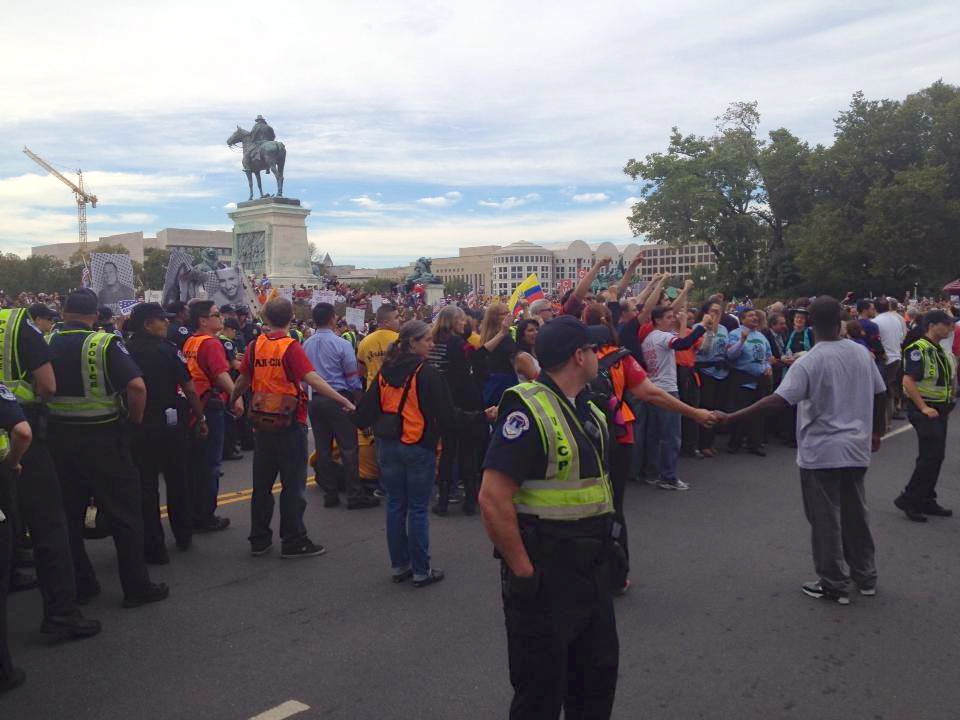 National Farm Worker Ministry Executive Director, Rev. Lindsay C. Comstock and supporters joined thousands on the National Mall and marched to the West Lawn of Capitol Hill to call on Congress to take swift action to fix our broken immigration system. “Thousands of undocumented farm workers suffer in silence due to our broken immigration system. We cannot wait any longer for justice. The time is now for those who put food on America’s table to be given a safe, fair and realistic pathway to citizenship,” said Comstock.