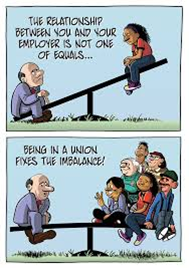 Farm workers provide an essential service, yet their jobs are some of the most dangerous and least adequately compensated in the country. Much of the injustice and inhumanity farm workers face stems from their specific exclusion from basic protections that workers in other sectors of society receive. Most farm workers lack basic labor protections such as workers’ compensation, health insurance and disability insurance. They also lack protection for joining unions and engaging in collective bargaining.

Farm workers were, and remain, excluded from the federal protections of the National Labor Relations Act (NLRA) of 1935, which forbids employers from firing a worker for joining, organizing, or supporting a labor union. Only a few states (notably California) have enacted any legislation protecting the organizing, collective bargaining, and unionization rights of agricultural workers. Because unions were crucial to later labor rights victories, farm workers continued to be excluded from later victories.

Labor rights we take for granted are guaranteed by the Fair Labor Standards Act (FLSA), but farm workers were excluded from the Fair Labor Standards Act (FLSA) from 1938 to 1966. Even today, some of the provisions such as overtime pay or minimum wage do not apply to farming employers who use fewer than 500 “man hours” a year, such as two employees who work 250 days a year or five employees who work 100 days each year.

The Migrant and Seasonal Agricultural Worker Protection Act of 1983 remains the principal federal employment law for farm workers. Its protections require employers to disclose terms of employment at the time of recruitment, requires farm labor contractors “FLCs” to be licensed, requires provided housing to meet local and federal housing standards, and requires all transport vehicles to meet basic federal safety standards and be insured. 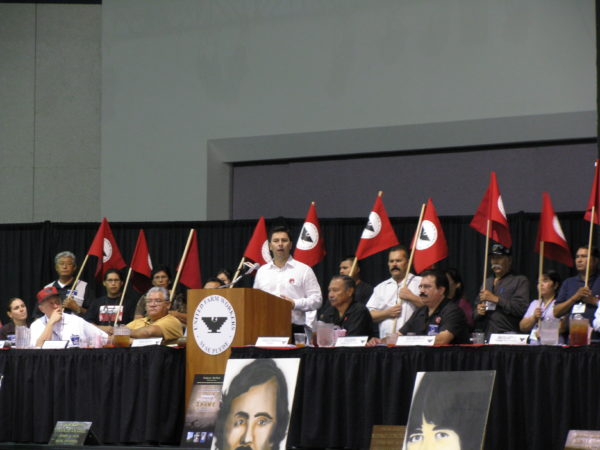 A union is a unified organization of workers that collectively bargains for improved wages and working conditions with their employers. A union contract allows workers to report problems on the job without fear of getting fired. Some unions include workers from many employers in one industry, such as trucking or farming. Other unions only include workers from one employer, such as Amazon or Starbucks.

Why do farm workers want unions? 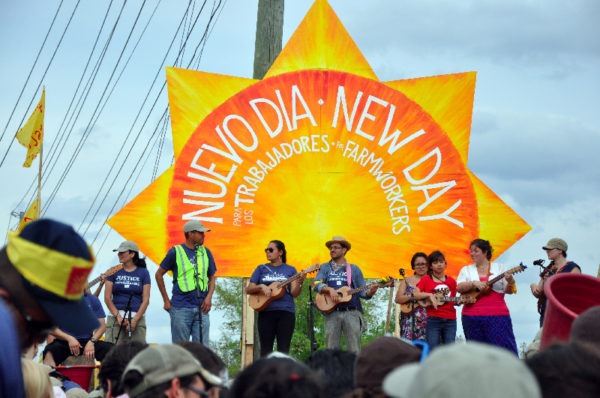 How have farm workers organized?

While exclusion of farm workers from NLRA legal protections has negatively affected their ability to organize, it certainly has not stopped them. Starting in California in the 1960s, farm workers led by Cesar Chavez and Dolores Huerta confronted this history of injustice and shame by harnessing the power of the people. This effort resulted in a successful labor union known as United Farm Workers. Amidst difficult circumstances, farm workers are still organizing themselves and challenging abuses. They are advancing sustainable change through union contract wins, food certification programs, the potential for corporate/grower/farm worker agreements, legislative efforts, and civic engagement.

Today, the farm worker movement marches forward in bold and innovative ways. Please visit this website’s pages about National Farm Worker Ministry’s farm worker partners and their campaigns to learn how they are organizing for justice.