WA State bill threatens your right to know as a consumer 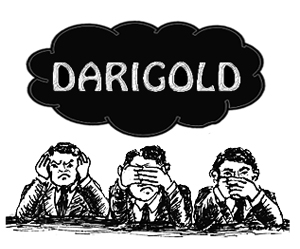 “Bill to be heard in WA State House Committee on Public Safety Tuesday!

Remember those horrific pictures that workers employed at Darigold dairies risked their jobs to take to document animal abuse where they work? Well, if a recently introduced bill becomes law in the State of Washington, taking those pictures will become a criminal act. If we share those pictures with you, we too could be found guilty of a crime and possibly forced to pay ridiculous amounts of damages. In other words, HB 1104 threatens to silence all of us who care about animal welfare, worker rights, and even food safety.

This bill is clearly in response to our Darigold campaign and is a shameless attempt to quiet workers and even the UFW. Rather than allowing Darigold to hide behind lobbyists and legislators, join us in calling on them to publicly denounce this bill. Rather than criminalizing workers and the organizations who support efforts to ensure animal AND worker abuse does not occur, it’s high time Darigold step up to work with us to create a solution.

The bill will be heard in the State House Committee on Public Safety Tuesday. Please email Darigold CEO Jim Wegner and committee chair Roger Goodman (D) and tell them what you think of big corporations manipulating the justice system.“