During the weekend of February 1st, the NFWM Board held its bi-annual meeting in San Jose, CA. We were graciously hosted by former board member Pastor John Freesemann at Holy Redeemer Lutheran Church, as well as by Jackie Vazquez at an Equitable Food Initiative (EFI) certified Andrew and Williamson farm and by Bonita Rivera, Lauro Barajas and Edgar Urias at the United Farm Worker (UFW) Central Coast Farm Worker Center in Salinas. 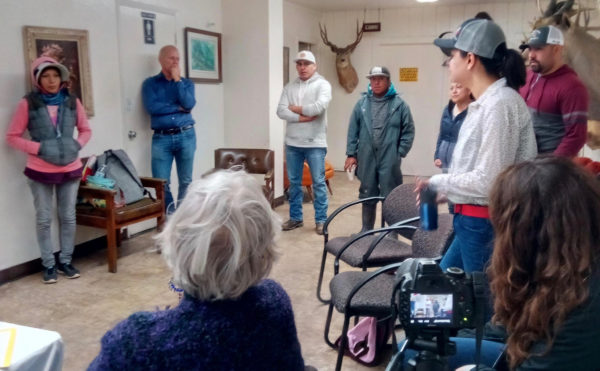 Friday morning began with a drive over the Pacific Coastal Mountains to the town of Moss Landing.  Here strawberries are grown with Monterey Bay in view. More impressive than the view, though, were the stories we heard at Sundance Farms.  The NFWM Board had visited here in 2012 when the Andrew and Williamson farm was a pilot project for the EFI; it gained certification in 2014. EFI offers the only certification process for large-scale fresh produce operations that combines standards for labor, pesticides and food safety. EFI’s approach creates both an on-farm mechanism (the Leadership Team) and an incentive (improved working conditions assured by the Standard) through which farm workers can work with management to identify and address threats to food safety and social accountability on a continuous basis.

EFI Executive Director Peter O’Driscoll began with an update.  More than 30,000 farm workers now work on farms with EFI trained leadership teams. He went on to speak about some of the results from the BSD Consulting 2017 study to assess the impacts of the EFI program, as defined by EFI’s  Theory of Change.  We were impressed; visit here to read about the impacts.

Jackie Vazquez told us about the management side of an EFI certified farm and further impressed us with the intentional, worker-valued culture which drives many of the decisions at this Andrew and Williamson farm.   The sSix members of Sundance’s Leadership Team, which the workers call “continuous improvement teams,” talked to us about how EFI is changing their lives.  The cornerstone is that workers are encouraged to bring issues forward; all are discussed and all are addressed in a transparent and pro-active way.  For instance, breast-feeding mothers found it difficult to return to work and so Andrew & Williamson found a way to set up a private nursing tent near the fields.

NFWM folks remarked repeatedly how exciting it was to have visited the farm when the EFI program was being built and to return now and hear stories of how it is positively impacting the workers, and not only workers but all along the supply chain.

ACTION:  Look for the EFI label at Whole Foods and Costco.

From Andrew & Williamson we traveled the short distance south to Salinas.  For most of us it was the first time to see the UFW’s Central Coast Farm Worker Center, completed the spring of 2018. Thank you to Bonita Rivera for giving us a tour of the renovated building, which offers more than 10,000 sq feet of large meeting spaces as well as offices for UFW organizers and the United Farm Worker Foundation staff.

UFW regional director Lauro Barajas summarized their campaign with Premiere Raspberries, which are marketed under the brand Well-Pict.  Workers protesting conditions at Premiere held a one day walk out in the summer of 2017 and, getting no satisfaction from the company, went to the UFW and asked for representation.  Premiere workers then voted for the UFW in a state-supervised secret-ballot election, but the company refused to negotiate.  The workers asked for a neutral state 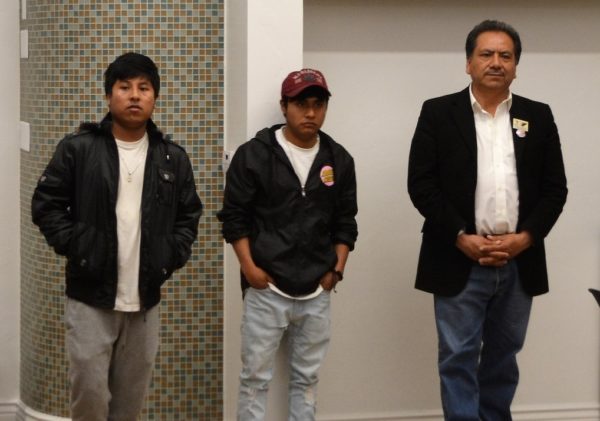 mediator to draw up a contract; and Premiere refused to participate in the law-mandated process. In August of 2018, the Agricultural Labor Relations Board ordered the grower to implement the union contract for the approximately 550 workers; again Premiere refused, and went further by challenging the union certification in court.

We heard from workers that they are often not paid properly for the boxes they pick and are made to buy their own equipment.  And we heard from several that those who have been a part of organizing other workers have had their crews assigned to the less productive fields where it is more difficult to make a good daily pay rate. 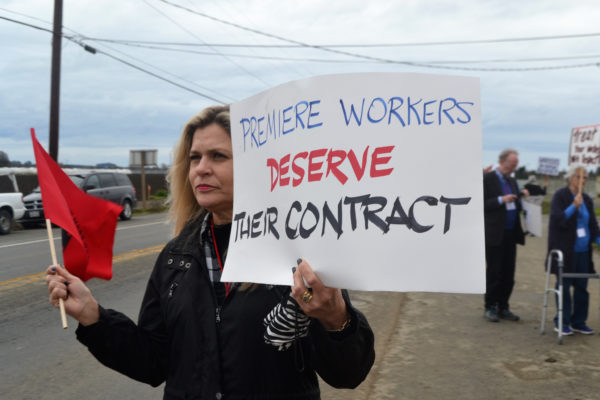 And so, NFWM did what we are called to do.  Go out in solidarity with the workers and picket the company.  With calls to Premiere to “Follow the Law” and “Respect Your Workers.” We marched for an hour in front of Well-Pict’s office.  NFWM had requested a meeting with Well-Pict/Premiere but was denied one. The picket was led by courageous Premiere workers who marched while company personnel looked on and still the workers have not backed down from fighting for what is right. 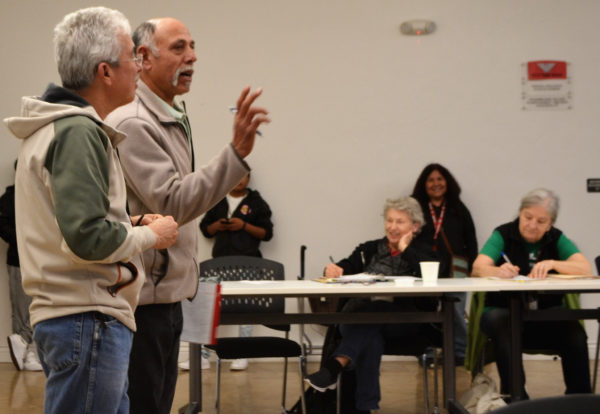 Returning to the Salinas UFW office we met with UFW member Cruz Zamudio, who has worked more than 40 years at Monterey Mushrooms.  He told of us the benefits he and approximately 800 workers have gained, including paid vacation and holidays, medical and pension plans, decent pay and a grievance procedure. Cruz feels secure in his job but is concerned, as is the UFW, that the growing use of the H2A guestworker program by California growers might place their jobs and union contract at risk in the future.

As the Friday farm worker engagement day came to a close, having heard from organizers and workers, picketed in the cold and damp and eaten delicious meals, we headed back over the coastal range in the rain for our comfortable hotel beds in San Jose. We had been heartened and we had been outraged. And we had been called out to be in solidarity.

ACTION:  Write to Premiere/Well-Pict to tell them to follow the law & implement the union contract. 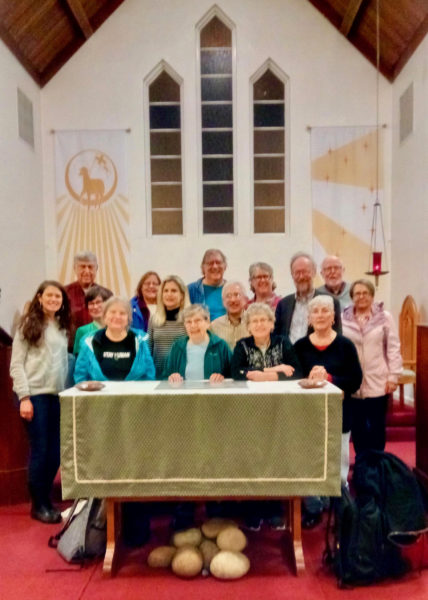 A highlight of Saturday’s business meeting was being welcomed to Holy Redeemer Lutheran Church by long-time friend and former Board member for California Church IMPACT, Pastor John Freesemann.  John is a man with a ready laugh and a very big heart – we are grateful for his hospitality. Another was being joined by old friends Brother Mark Schroeder, past President of the Board, Mary Dutcher, past Treasurer, and long-time farm worker supporter Stephanie Bisceglia.  We also welcomed Monica McFadden, Church of the Brethren Office of Peacebuilding and Policy, who subbed for Nate Hosler.

We bid a sad farewell to Mary Martens, BVM who has represented the Sisters of Charity, BVM on the board since 2012 and a fond bienvenido to her replacement, Kimberly Emery, BVM Associate. And we said goodbye and thank you to Dominique Aulisio, who resigned as YAYA Coordinator effective February 15th, having for two years built up a strong and vibrant YAYA program.

And we had the honor to have Fred Ross, Jr join us. Having Fred Ross, Jr. with us in the afternoon was an opportunity to relive a bit of history with someone who is both currently active in support of farm workers and NFWM, particularly in his partnership with Suzanne Darweesh and the Orange County Interfaith Committee, but whose father first trained Cesar Chavez and thousands of other farm workers in organizing a union.

All in all a very full weekend.  Check out the photos on our Flickr page.