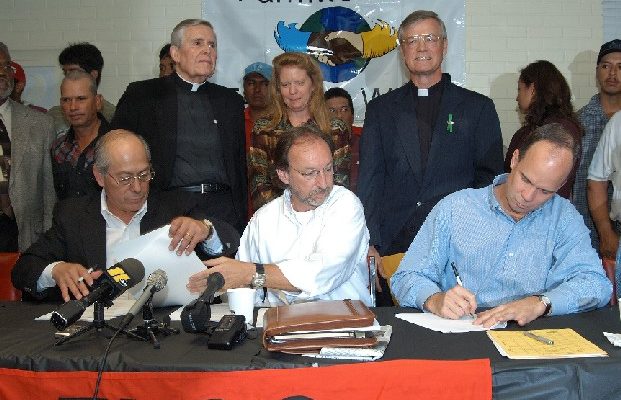 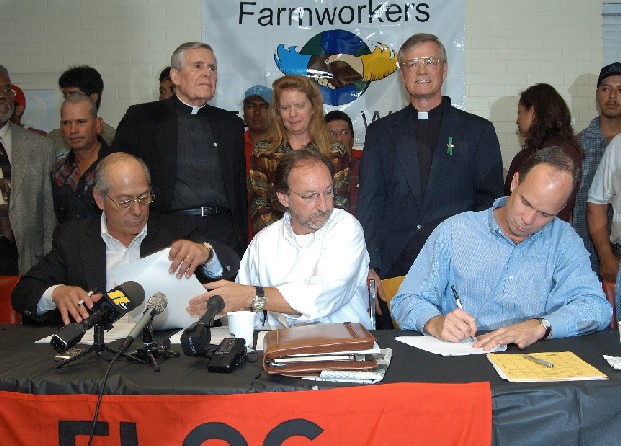 Sister of St. Francis of Assisi Betty Wolcott died this past December. I first crossed paths with Betty in 1976 in LA, where she worked in the UFW office for years. She rejoined the farm worker movement in 1988 as NFWM Co -Director serving in the Delano office with her fellow community member and friend Pat Drydyk. Betty lived out her commitment to justice for the poor and care of creation through leadership in a variety of ministries. Betty was a great friend of farm workers and a “creative, inspirational woman who enriched all of our lives,” said NFWM supporter Eunice Wagner.

Bob Edgar was also a great friend of farm workers and countless others who tackled issues related to “peace, poverty, and planet Earth,” as he framed them when General Secretary of the National Council of Churches. It was in that role that I met him. Bob responded quickly and cheerfully to our varied requests for support: writing to or meeting with company CEOs, supporting boycotts , or assuring that farm workers were on the agenda of NCC assemblies. Bob died suddenly in April at the age of 69, leaving his wife and family and a legacy of service as President of Common Cause, as a 6-term member of Congress and as a leader of churches. “We are the leaders we have been waiting for,” Bob once said, as he led the fight for justice with relentless energy and a smile.