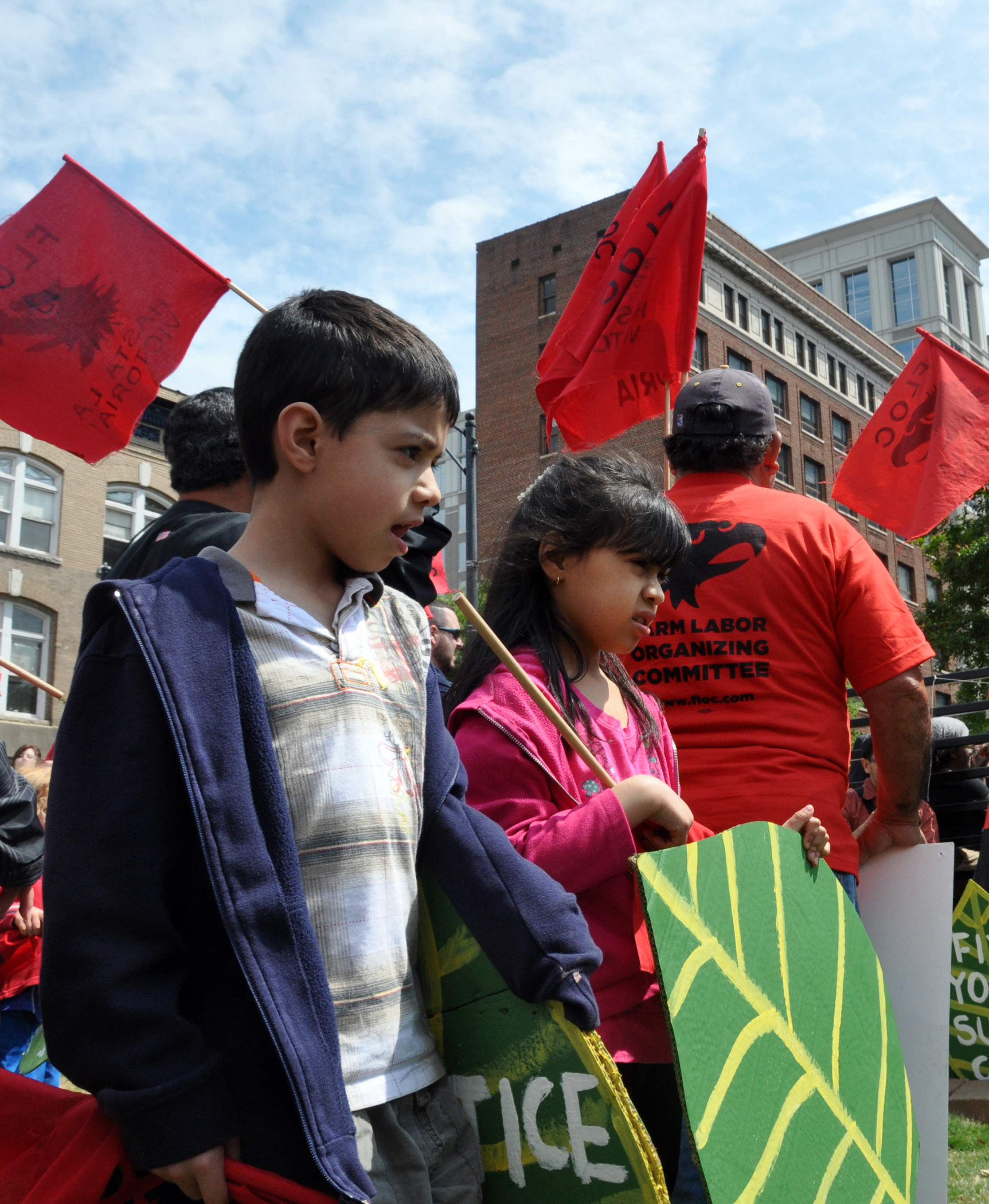 Why: FLOC has asked YAYAs to volunteer during this event

The convention will focus on democratically making strategic decisions about how to challenge RJ Reynolds to change the exploitative agricultural labor supply system in North Carolina.

YAYAs will travel to North Carolina to lend a helping hand throughout the event by volunteering to:

Florida YAYAs will be leaving the Orlando area on Thursday October 10th, and will return on October 13.

We are asking folks to donate $40 to offset the costs of the rental car and gas.

From FLOC’s Website: North Carolina continues to draw national attention as it leads the country setting precedents in sub-standard conditions, wages, and anti-worker legislation. While we have made much progress, including one of the largest union victories in the state with a supply chain agreement brokered between Mt. Olive Pickle Company and the North Carolina Growers Association representing more than 7,000 workers, we also have become a target of the “Right to Work” ideologues.

The State Legislature just passed a bill that attempts to ensure that farm workers never attain labor rights, the right to organize, or freedom of association. It was aimed at undercutting our campaign against Reynolds American and the state’s other tobacco companies. This shameful initiative is a reminder of the heartless beating down of an already exploited group of workers for the sake of power and profits.

As we have persevered in the past, we will continue the struggle today in our historical non-violent tradition. This Convention will dictate our steps, our actions, and our future for the men and women who will lead us in defending the most vulnerable works in the land to make America fulfill its principles of life, liberty and justice for all.