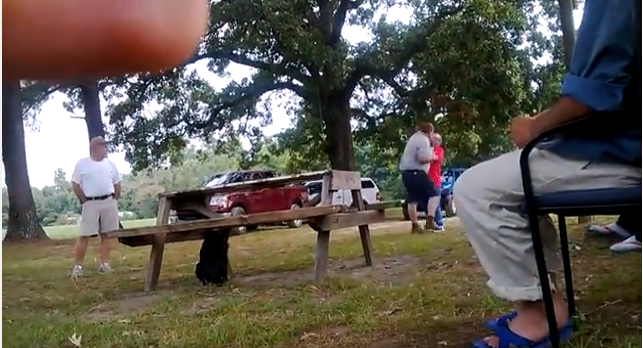 A Message from the Farm Labor Organizing Committee: 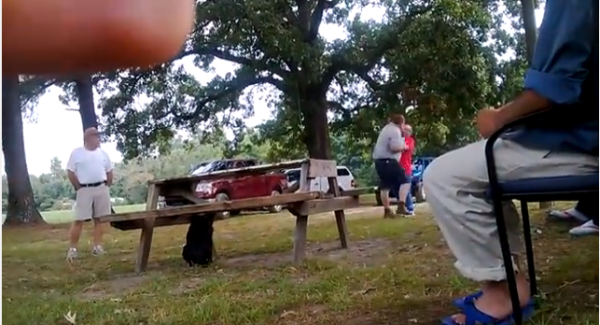 On July 9, 2014, FLOC representative and “Respect, Recognition, Raise!” campaign leader Oscar Sanchez arrived to a farm, having taken FLOC members to a local food bank. Previously, Sanchez had met with the farmworkers who were exploring their options after a slow start to the season. Following this meeting, FLOC filed a request for a fund managed by FLOC and the North Carolina Growers Association to help workers survive when, due to weather, work is continually scarce. While the business of fund administration is one generally conducted by email, Sanchez arrived to the farm to find the Growers Association representative discussing the fund with workers. During this meeting, and in front of the farmworkers’ employer, the growers’ rep singled out farmworkers who had signed on to the request, seemingly to intimidate them. When Sanchez corrected a name mispronounced by the growers’ rep, he was told not to interrupt and keep quiet, even though Sanchez had every right to participate.

Without warning or instigation, and in front of farmworkers and their employer, the Growers’ rep crossed the 20 feet separating him from Sanchez and punched him in the face. See video of the assault here.

ACT NOW. Tell tobacco companies that their silence on the right for farmworkers to organize without retaliation in North Carolina has gone too long, and now, has resulted in a dangerous precedent of violence.

Since the June launch of the “Respect, Recognition, Raise!” campaign, hundreds of farmworkers have joined the fight for a pathway to union recognition and the right to collectively bargain for better living and work conditions. Many more, faced with intimidation, are afraid to speak up where threats, and now violence, go unpunished.

Reynolds, British American Tobacco, Phillip Morris International, and other tobacco giants have the power to change this archaic norm!

SIGN THE URGENT ACTION. Call on tobacco manufacturers to end the belligerent state of fear and intimidation gripping North Carolina. STAND for a guarantee of safety & civility for farmworkers enjoying their right to bargain collectively.

The safety of hundreds of farmworkers and 30 “Respect, Recognition, Raise!” organizers depend on your action!

P.S FLOC welcomes Sanchez’s continued work on RRR. He is ok! Ningun Paso pa Atras! Not one step back!