CATA (El Comité de Apoyo a los Trabajadores Agrícolas, The Farm Workers Support Committee) is founded in 1979 as a non-profit organization focused on organizing and empowering the immigrant community as they fight for justice for themselves, their families, and their communities. 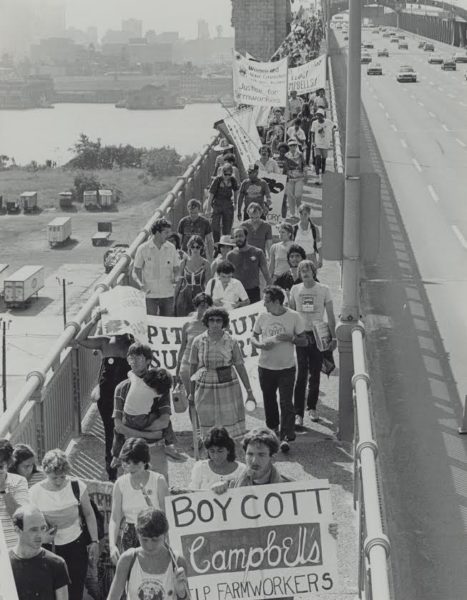 The Migrant and Seasonal Agricultural Worker Protection Act of 1983 passes, requiring employers to disclose occupational expectations and comply with proper documentation in the workplace (such as pay stubs). The act, however, does not guarantee collective bargaining or freedom of association rights.

In 1986, the Immigration Reform and Control Act passes, intending for the increasingly Mexican farm labor population to be able to gain citizenship, thus qualifying them for the U.S. federal minimum wage. In fact, 1.1 million Mexican farm workers gained legal status through IRCA. The situation in the fields changes little, however, and with the late 1980s comes the rise of farm labor contractors (FLCs), who seek undocumented laborers in order to be able to pay them less. As a result, many of the intended beneficiaries seek work in friendlier industries (Migration Policy Institute).