Post World War II, the African-American agricultural workforce disperses into other industries in search of better opportunities, creating a shortage of labor in the fields. By the 1960’s and ’70’s, the farm labor force is mostly comprised of immigrants, primarily, though not exclusively, from Latin America. Filipino farm workers organize around labor issues on the West Coast, as do Mexican American farm workers. 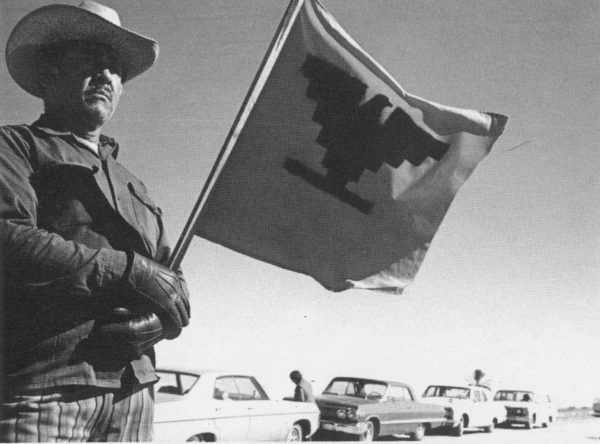 Cesar Chavez and Dolores Huerta join the organizing efforts of the Filipino farm workers, culminating in the landmark Delano Grape Strike of 1965.

The United Farm Workers (UFW) begins to form. Their worker-led movement draws national attention to farm workers’ struggles, and lays the groundwork for other farm worker unions and organizations, and the modern farm worker movement is born. 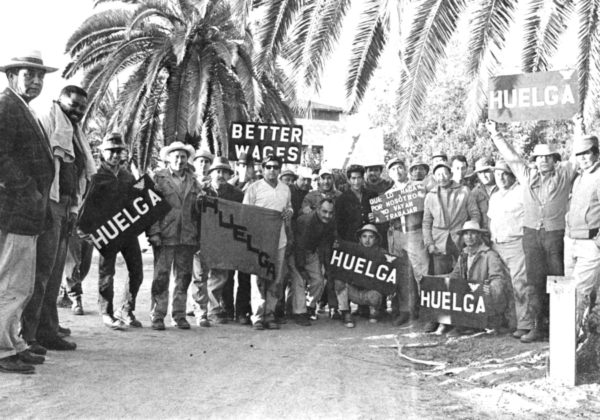 Influenced by the Civil Rights movement and by figures such as Mahatma Gandhi with an insistence on nonviolent actions, the organizing on the West Coast inspires many white Americans to join the farm workers.  An estimated 17 million Americans support the grape and lettuce boycotts of this period (United Farm Workers). 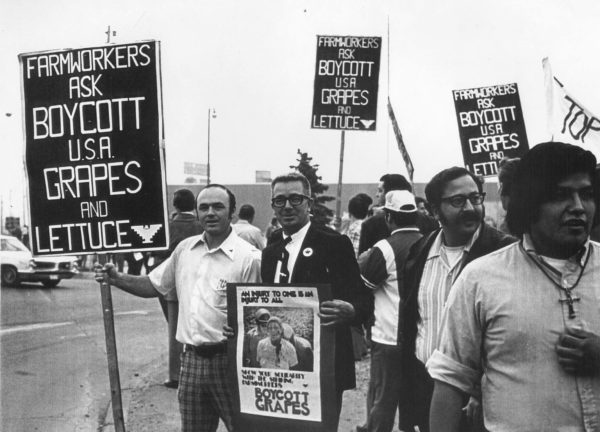 Another galvanizing moment for many white Americans is the airing of Edward Murrow’s 1960 television documentary, Harvest of Shame, which brings to light the modern-day slavery conditions of American agricultural labor. Available on YouTube: 1960: “Harvest of Shame” – YouTube