Indentured Servants from Europe, mainly from England, arrived in Virginia as cheap labor to help care for the land in 1607 around when the Thirty Years War depressed the European economy.1 They were guaranteed passage into the colonies in exchange for their labor.

When indentured servants weren’t providing enough labor, Black African people were brought to the U.S. as enslaved persons to work in the fields and as domestic servants. The first Black African enslaved people arrived in Virginia in 1619, and the slave law passed in MA in 1641, and in VA in 1661.2  Due to the power rising among the colonial white elites and landowners and Bacon’s Rebellion (1676-1677), there was a shift from servitude to the rise of slavery.

According to the Trans-Atlantic Slave Trade Database, by 1866, 12.5 million Africans were shipped to the New World,3 and professor Henry Louis Gates Jr. estimates that 388,000 to 450,000 people were shipped to the U.S., which was less than what other countries in the Caribbean and South America received.4

Before the domination of cotton in American agriculture, sugar cane plantation was the dominant labor that required constant work.5 By 1860, it had reached nearly 4 million, with more than half living in the cotton-producing states of the South.6 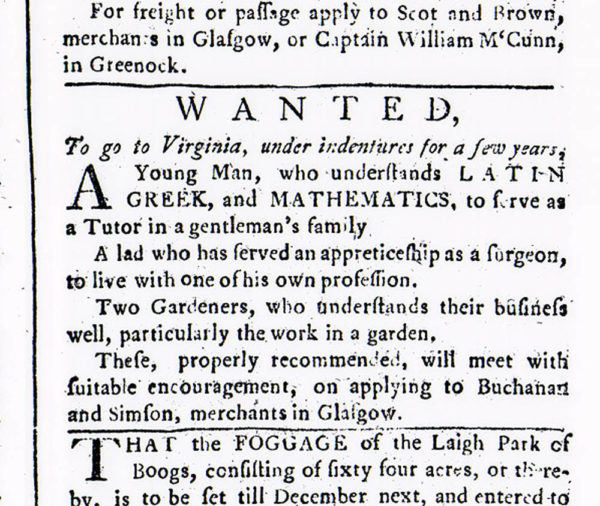 IMAGE 1 “An advertisement from the newspaper Glasgow Courant, 4 September 1760, for indentured servants to go to Virginia.”https://www.theglasgowstory.com/image/?inum=TGSE00606