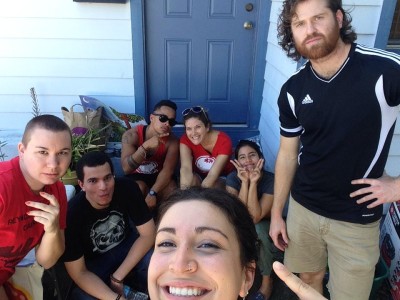 On Saturday, August 30, 2014, Orlando YAYA-NFWM held a yard sale fundraiser at my house to raise money for the work we do in support of farm workers and their communities. This was an incredibly successful event. We collected a lot of donations to sell, and made great signs that attracted a lot of people. Even people putting up signs for other yard sales
attracted people to our yard 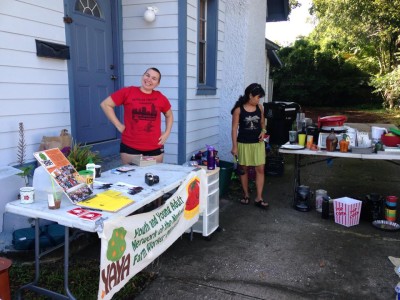 sale, so that was great too!

Ten YAYAs were in attendance, and some friends from other organizations came out and showed support as well. It was a great turnout. All of us did a good job welcoming people and explaining what YAYA is, what we do, and the purpose for the money we were raising. The money we raised allows YAYA to work with other 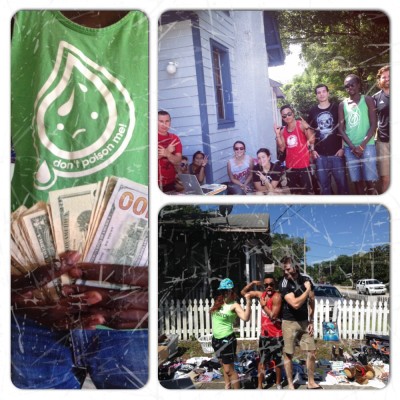 farm workers groups across the state and nationally. We work alongside groups like the Farmworkers’ Association of Florida (FWAF), the Coalition of Immokalee Workers (CIW), and The Farm Labor Organizing Committee (FLOC) to help them further their causes.

Some current campaigns we are working on include the RJ Reynolds campaign, where we bring awareness to Wawa stores, who are a large buyer of RJ Reynolds tobacco, about the abuses tobacco workers face in the fields. We are also working with the CIW’s Fair Food Campaign, which is where we attempt to get fast food chains and grocery stores to sign the Fair Food Agreement with the CIW outlining a basic Code of Conduct for tomato pickers in the fields. We use the money for travel expenses, education and organizing trainings, as well as events to bring awareness to the community about the farm worker’s struggle.

People were receptive to the cause, and I think we were successful in raising awareness about the farm worker movement. It was very hot but we all still had a great time. Miguel came by and donated a generous lunch of pizza and pitas! Also Heather made delicious vegan cookies!!!!

At the end of the day, we raised $501! $50 of these proceeds was used to send Heather to Encuentro, which is awesome! We all agree that this was such a success that it needs to be repeated. I think we all really came together as a team for this event and made it successful. I feel proud of the work that we do in support of farm workers, and honored to be a part of this group.

Thank you Eliana Godreau, Brian Luft, Heather Graves, and the others who donated for our yard sale to be such a HUGE success! We couldn’t have done it without the support of the community. 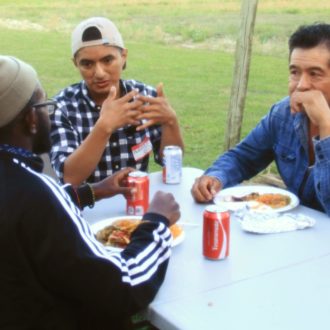