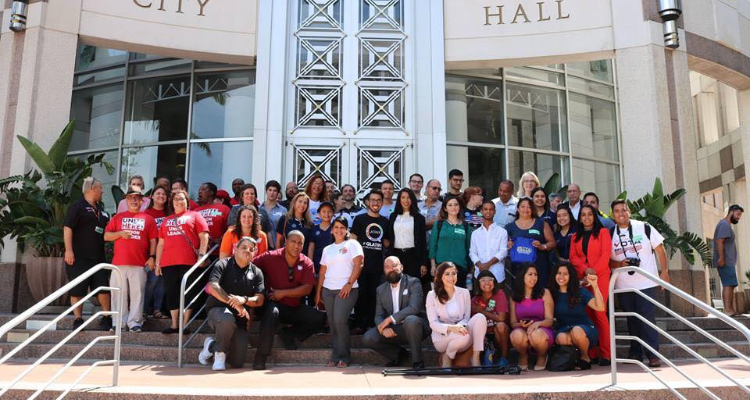 On Monday July 23rd, YAYA Orlando was proud  to be in attendance for the passage of the Trust Act resolution by the Orlando City Commission. The Trust Act resolution ensures that the Orlando Police Department will not ask for immigration status from people reporting a crime or for people that have been pulled over for non criminal traffic violations. YAYA immigration co-chairs Karen Caudillo and Aashutosh Pyakuryal both testified in support of the resolution in the hearing before the resolution was formally adopted by the City Commission.

The Trust Act was lobbied for by the Trust Orlando Coalition, of which YAYA is a member organization. The TrustCoalition is led by organizations such as the Hope Community Center, the Farmworker Association of Florida, QLatinx, Mi Familia Vota, UNITEHERE! Locals 362 and 727, all of which have many directly impacted members.