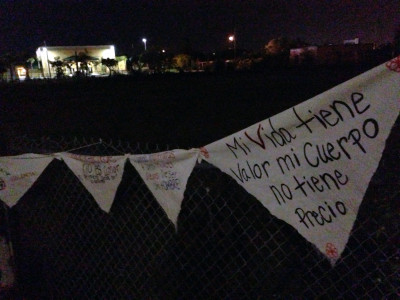 On Thursday, February 14th, three members of YAYA traveled to the Farm Worker Association of Florida‘s (FWAF) office in  Homestead to join community members for the event Farm Worker Women Raising Their Voice. This event was part of One Billion Rising, a global day of action to end violence against women and girls.

One Billion Rising is a reference to the 1 in 3 women who will be raped or beaten in their lifetime. The day of action calls for men and women to refuse to participate in the status quo until rape and rape culture end. It is an act of solidarity, demonstrating to women the commonality of their struggles 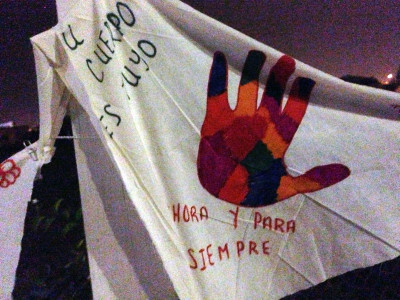 and their power in numbers. It was also an invitation to dance, which seems to me, as an act of resistance in it’s own right.

Farm Worker Women Raising Their Voice was an event that gave voice to the experiences of the farm worker women of Homestead, and the unique struggles they face when they are victims of domestic violence. The night, some spoke of their experiences for the first time. Some spoke about the lack of support and resources they were aware of. Some were still in the abusive relationships of which they spoke. For many, the words were difficult to form, a testament to the trauma endured and to their resolution to voice them. After the last speaker, everyone came together in recognition of the need to end this violence, and we danced.

This night reminded us of the intersection of the many issues that perpetuate and institutionalize violence against farm worker women. Farm worker women experience the affects of patriarchy, poverty, racism, and a language barrier. Many of the women expressed a fear of turning to authorities due to their documentation status, and a lack of knowledge about other potential resources. Many expressed the fear of having their families broken up, and how their economic situation kept them from leaving an abusive relationship.

There are many factors at work, both standing in the way of justice and perpetuating injustice, for farm worker women. This is why it was so important for FWAF to host this event and give voice to the people whose voices are so often marginalized and ignored.