NFWM is proud to welcome it’s new director, Julie Taylor. Julie has a deep understanding of NFWM and its mission, informed by her 13 years of service to the organization as a member of the Board of Directors. During her tenure on the board, Julie was viewed as a dedicated, dependable and strong leader who consistently demonstrated a strong commitment to the organization and farm worker led justice initiatives. We’re excited to have her on board and look forward to her leadership of NFWM. 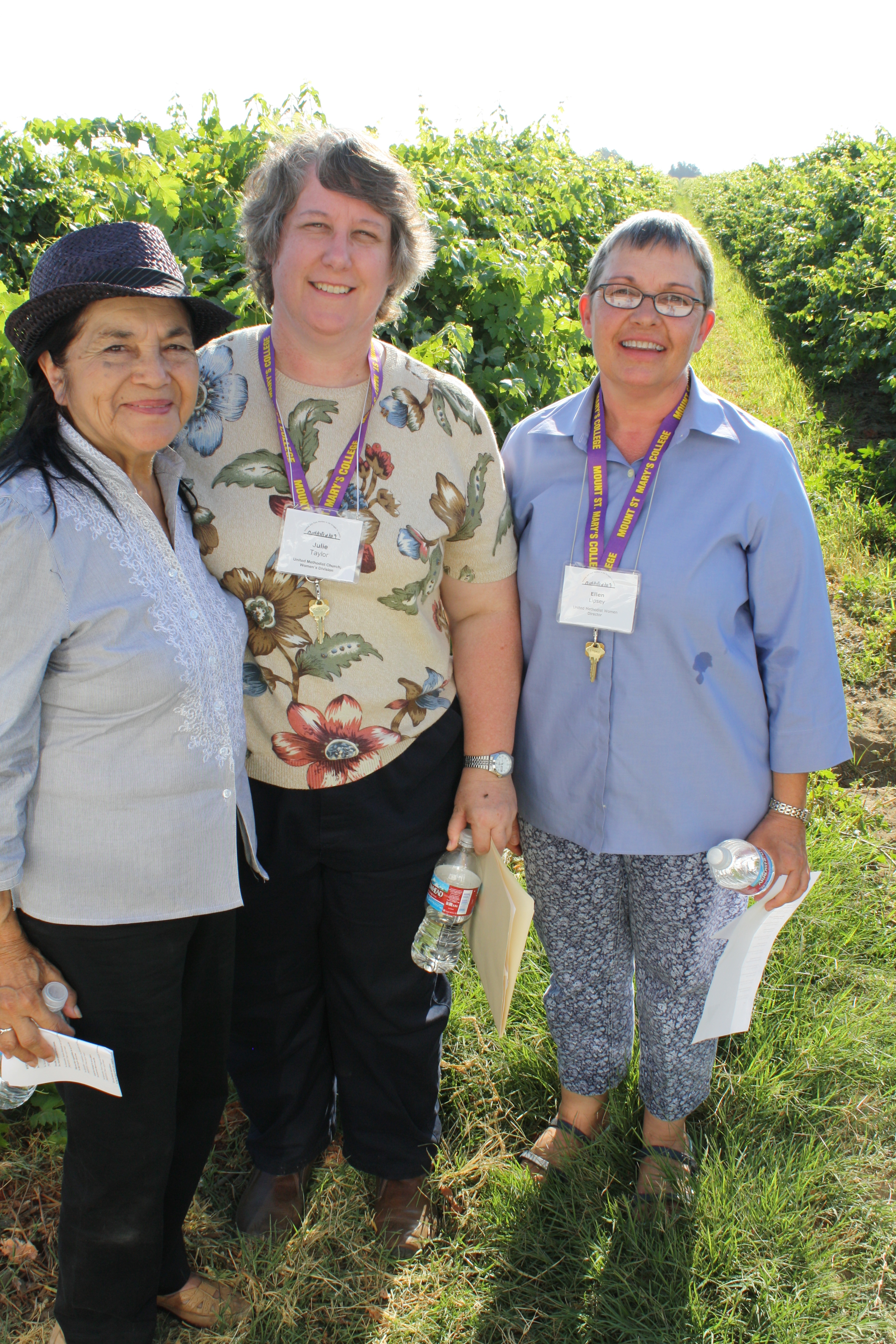 Julie Taylor with Dolores Huerta and Ellen Lipsey, of United Methodist Women at a grape field in California.

It did not occur to me when I attended my first National Farm Worker Ministry Board meeting in December 2000 at La Paz, California that I

would ever serve in any other capacity than board member for this organization. Now, almost 15 years after that meeting, I am excited to be settling in as the new executive director.

When I first visited La Paz, I came with lots of background information but really knew little about the struggles of farm workers in America. After 13 years on the board I still have a lot to learn but I am recognizing that the seed of commitment to justice for farm workers was planted at that very first meeting. I was embraced and fell in love with the other members of the board. I was inspired to hear from Arturo Rodriguez, United Farm Workers President as he talked about César Chávez and the beginnings of both NFWM & the UFW. Paul Chávez came by to share about his work on the radio and his memories of his father. Sam Trickey became the new president of the board and his acceptance speech was humble and heart-warming. The staff were helpful and I found myself in the car with Chris Harmire, NFWM’s founding director and Bob and Olgha Sandman to travel to Delano to meet with farm workers. It was intentional the newest board member was accompanied by these long time advocates. I’ll never forget it.

Today, the National Farm Worker Ministry is hard at work continuing the legacy of those who have gone before us to advocate for farm worker justice. Our board, staff, supporters and funders all play an important role in understanding that this organization brings together people of faith and the farm workers who feed our country. It is as simple as that. What was begun as Migrant Ministry continues today so that God’s world will be filled with justice – love in its truest form.