Santiago Cruz was a Farm Labor Organizing Committee organizer both in the US and in Mexico who was brutally murdered at FLOC’s Mexico office in 2007. Santiago’s journey included leaving his home in Mexico post-NAFTA, crossing the border with a coyote then remaining in debt, organizing farmworkers, being detained then deported for not having a license, continuing the struggle in Mexico, then being murdered in the FLOC office. His journey in life and in death represents so many aspects of what we highlight during the annual Pilgrimage for Justice and Peace: trade issues, path to citizenship, civil rights for immigrants, justice for farmworkers, non-violence, and the need for cross-border solidarity. Some of us still working in North Carolina still remember Santiago every year near the anniversary of his death (April 9). We are happy to be able to honor his life and lift up his memory this year. 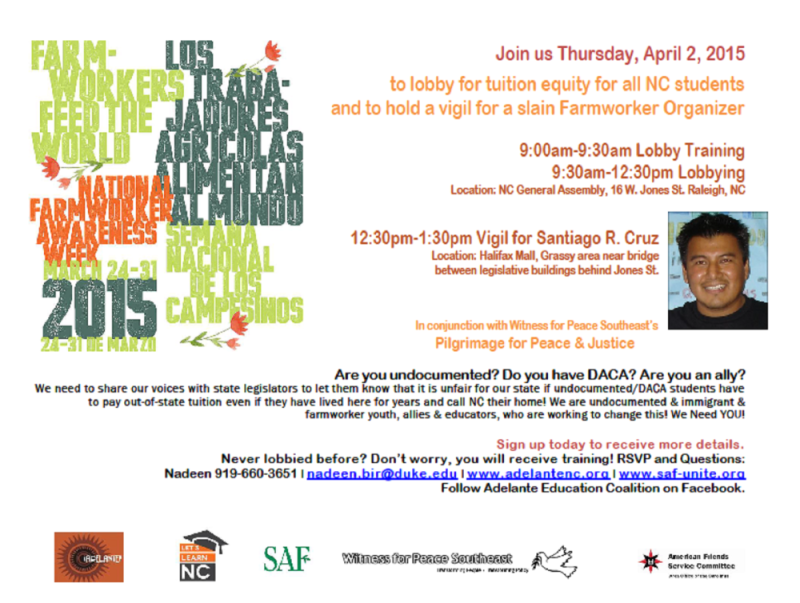