The March for Right, Respect, and Fair Food 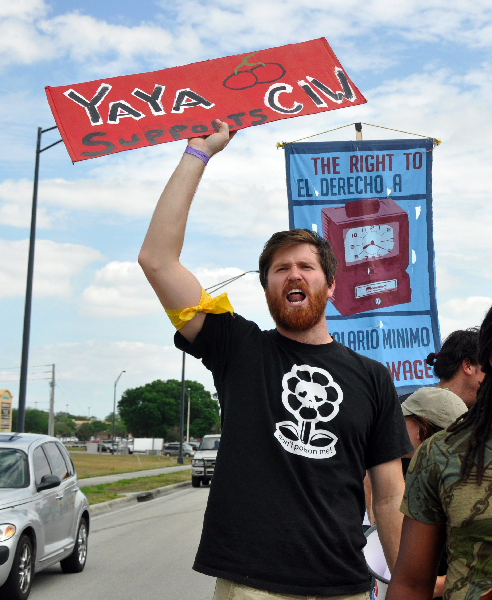 The Coalition of Immokalee Worker’s Fair Food Campaign is one of pertinence in the dawning of a new day in agriculture.  The  campaign calls for a modest increase in wages, better working conditions, and basic rights granted to other labor industries.

It has been the utmost pleasure of YAYA to take part in the victories afforded to Immokalee farm workers over the years.  Yet, the time has come for Publix to join in on as the CIW phrases, un Nuevo Dia.  For far too long Publix has evaded any responsibility in the agriculture supply chain, specifically with tomatoes, and it is time for them to own up to the inhumane practices that take place in tomato fields throughout Florida.

YAYA stands in solidarity with the CIW on this campaign and understands the importance of allies in the farm worker movement.  On March 17th, over forty of YAYA supporters marched alongside faith organizations, students, and other allies to call on Publix to sign the Fair Food agreement.  The March for Rights, Respect, and Fair Food portrayed the voices of many working towards one collective goal – justice for farm workers.

On Sunday March 17th, 2013, I attended “The March for Right, Respect, and Fair Food” in Lakeland Florida.  Orlando YAYA invited me to this event and about 40 of us joined the Coalition of Immokalee Workers for the last 6 miles of their 200-mile long march from Ft. Myers to Lakeland, FL.

Before this event I had already been searching for organizations trying to raise awareness on modern-day slavery. Being introduced to YAYA was a blessing in itself, I attend the University of Central Florida and I have been to meetings with organizations who have the same goals. However, YAYA is far ahead of them and already very involved in supporting the farm worker movement. I’ve never been to a protest before, so personally speaking this was a very new and exciting experience. Aside from this, I never was aware of the issues that have been around for so long pertaining to farm workers and produce companies such as Publix. 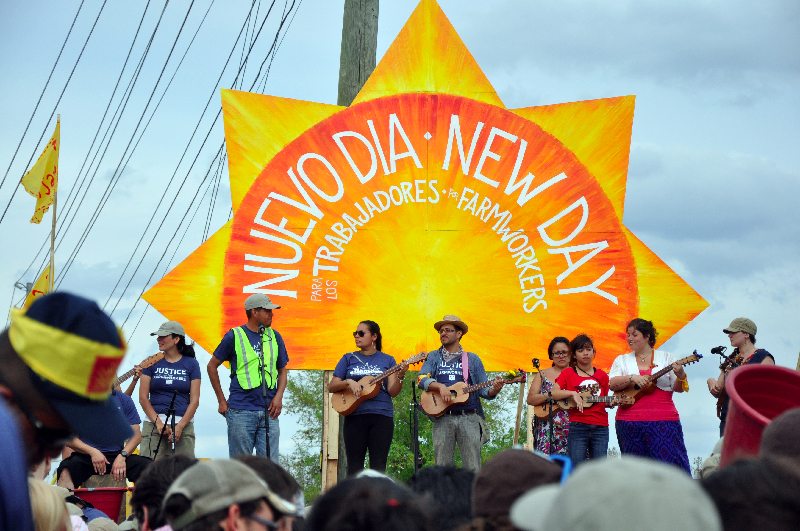 The car ride to the event was in itself an accelerated course on Human Rights in this specific industry, where many of the issues at hand were spoke about. I was never aware of the injustices happening in Florida and after learning about them I was quite shaken up by it. To think that human beings are treated so cruel in a country that promotes freedom and justice was truly beyond me. Arriving to the march was a spectacle and seeing so many people come together for a unified purpose was an amazing sight.

Before I arrived I was not sure what to expect; I wasn’t sure if we would be picketing or standing on street corners with posters. Both of my assumptions barely compared to the reality of the march and even thinking back to it now, I am still astonished. There were more than a thousand people at the starting point of the march, which was located at a neighborhood Publix. Everyone was chanting and full of spirit; there was music playing, laughter and joy. You would think at a protest for an increase of wages, people would be angry and ill-tempered. This march’s atmosphere was the complete opposite, and that alone showed me that I was about to be a part of history. 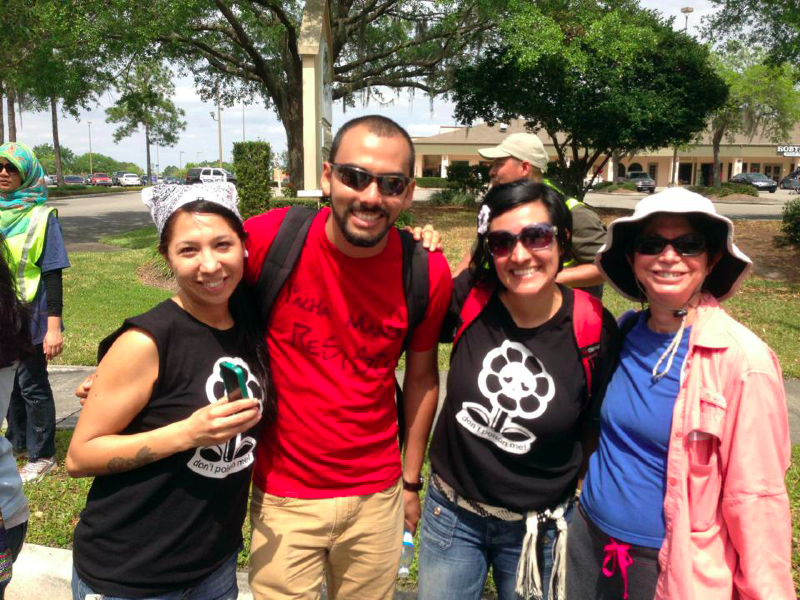 As the march began, I had the pleasure of meeting a girl from Colorado. She had flown to Florida not to long after the march started, and committed to it for 11 days. Hearing her story and her experience in the march was very encouraging, it also showed me how individuals who do not even live in this state are willing to take time out of their lives to support this cause.

The 6-mile march barely seemed like 6 miles; between the dancing, chanting, and conversations I could have most defiantly gone further. It seemed that every mile we walk the crowd of people walking in threes became larger. What was most significant about this march was the farm workers who took time from their jobs to embark on this protest. In the last mile of the march I had the privilege to walk in front with the farm workers of the CIW. You could tell from the faces that they were tired, eager, and strong. It seemed as if this feeling emanated not simply from themselves, but from a collective strength and passion behind the entire coalition. 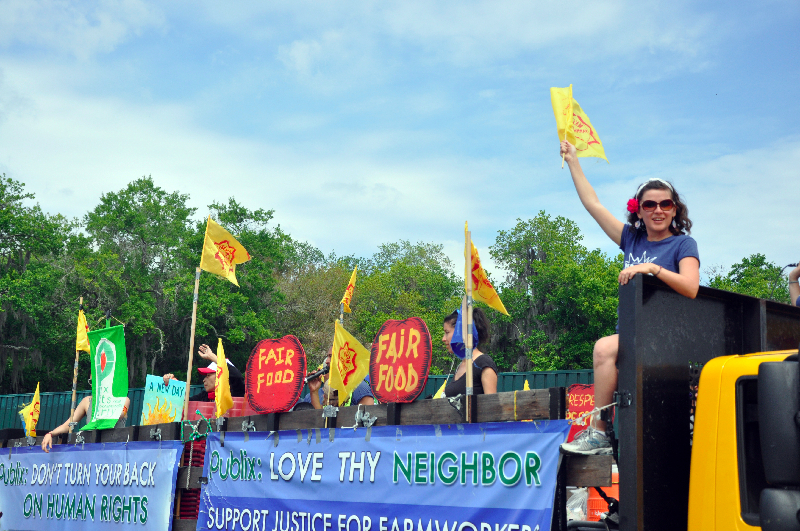 The woman to my right banged on a drum, and our feet moved to her beat. There was not much said among the workers, but their determination spoke for them and in my life I have never seen such valor. We arrived at the Publix headquarters where the 200-mile march ended, and there, the CIW was greeted with hospitality and honor.

I am extremely grateful to have had the opportunity to be apart of this march, a part of history. My thanks go out to CIW and YAYA, and I hope to continue to learn and participate in the human rights and farm worker movements. This event sparked a fire in my heart that cannot be extinguished and can only grow, and I know that organizations like YAYA, who work to inform individuals in their community of farm worker issues and equip them with the skills necessary to mobilize them into action, will help fuel this fire.