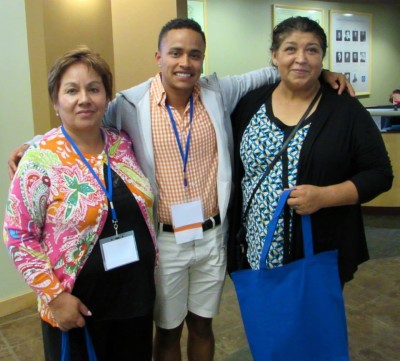 On June 22, I had the privilege of traveling to Chicago with my fellow YAYA member, Jonathan, and YAYA Organizer, Nico, to give a presentation about farm worker justice at the Seminary Consortium for Urban Pastoral Education (SCUPE) Congress. This years’ theme for the congress was “Economic Justice.” Interfaith Worker Justice (IWJ) was also having a conference about economic justice so the two conferences overlapped. We were able to attend two conferences within the week!

Nico was one of the many speakers at this plenary and 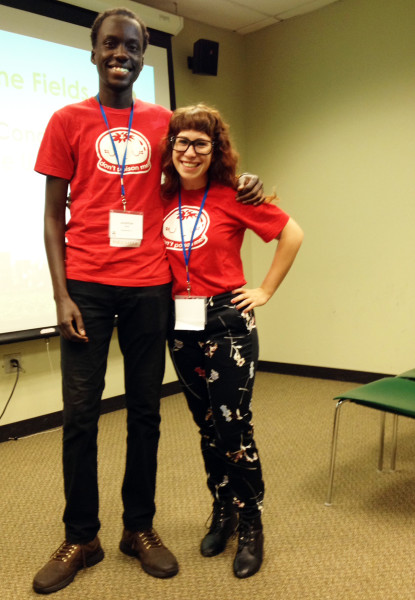 they, in addition to many other young leaders fighting for justice, had an awesome speech! Finally, the key note speech was given. The topic was about the powerful impact of singing and using our voices together to make a difference. The keynote closed with the song “The Journey is Long” which Jon and I were singing, in addition to “Trophies” the whole week we were in Chicago.

Later on we made some amazing new friends that live in Washington State and are also doing farm worker justice work! We gained some great contacts and relationships from all over the country and spent time with some board members of the National Farm Worker Ministry.

That Tuesday was my first OUR Walmart action. Unfortunately, I am working during most of the actions that take place in Orlando. Jonathan and I rocked the chants and had a lot of people chanting along while we were picketing. 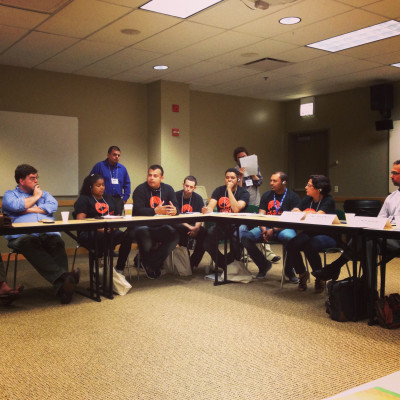 Then the SCUPE Congress officially started! Jon and I were volunteers and I met some great people at SCUPE!

Elvira from the Farm Worker Association of Florida (FWAF)- Homestead sat on the “Women and Economic Oppression” panel during the plenary session. All of the women’s stories were very powerful and inspirational; it was a true privilege to listen to their experiences. Later on, Yolanda, from FWAF- Fellsmere, and Nico gave a presentation about the Fellsmere Community Garden. t was well received! The Bishop of Chicago even attended! Afterwards we enjoyed some intense deep dish pizza and I was stuffed to the brim.

Thursday morning, the last day at the conference, was when Jon and I did our presentation. Ten people attended the workshop and afterwards we had a great dialogue and discussion. The attendees gave us great feedback and 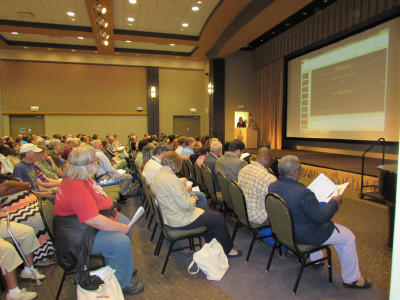 Overall, Nico, Jon, and I had a fantastic time! I loved spending the week with them and learning from them both. The journey was long but we definitely got some symbolic trophies from the experience- friendships, experiences, and connections.