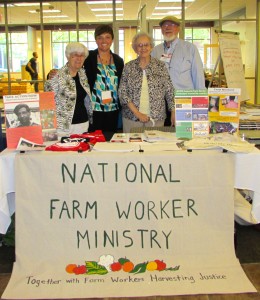 We all know the old adage, “out of sight, out of mind”  –  it is too often the case when it comes to farm workers.  We forget that food does not plant, prune or harvest itself. And too many of us are unaware of the great hardships endured by the estimated two million men, women and children who tend the fields in order to provide for our dinner tables.

On, Monday, June 23rd, I joined hundreds of faith and worker advocates in Chicago for a conference on economic justice.  Formally known as the SCUPE Congress on Urban Ministry, the Seminary Consortium of Urban Pastoral Education (SCUPE) and Interfaith Worker Justice (IWJ) combined efforts to host a 4-day conference focused on empowering church and activist leaders to become agents of change from within their own communities.   National Farm Worker Ministry and our Youth and Young Adult Network served on the Planning Committee and hosted several workshops at the conference to ensure that the economic realities faced by farm workers was made visible. 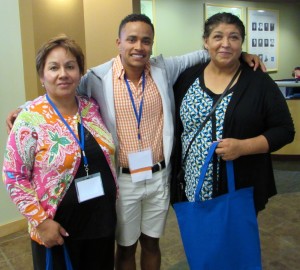 A highlight of the Congress was the Wednesday afternoon Women’s’ Panel.  A time for female community leaders to share their stories of overcoming inequality and discrimination in order to serve others, the Womens’ Panel showcased five women including Elvira Carvajal, an organizer for the Farm Worker Association of Florida (FWAF).  Elvira shared of her family’s journey from Mexico to America and spoke eloquently of her work educating women farm workers about the dangerous pesticides that threaten the health of unborn children and pregnant mothers in the fields.

Later that evening, Congress participants were offered the opportunity to sign onto a religious leaders letter supporting the Farm Labor Organizing Committee’s campaign with Reynolds American Tobacco Company.  More than 100 signatures were acquired in less than 10 minutes.

An urban congress in the concrete jungle of Chicago is not the first place you would think people might be shining a light on farm worker rights. Thankfully, hundreds of socially conscious faith leaders who know that fair food means understanding that their fruits and vegetables come from the hard work of farm workers thought it just the right place to raise the issue. 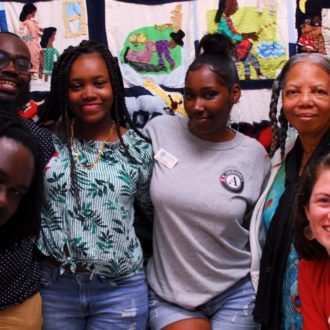 In Solidarity at the Black Farmers and Urban Growers Conference