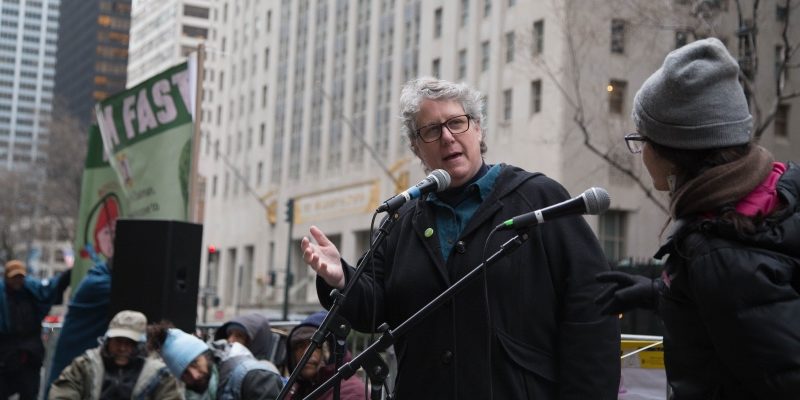 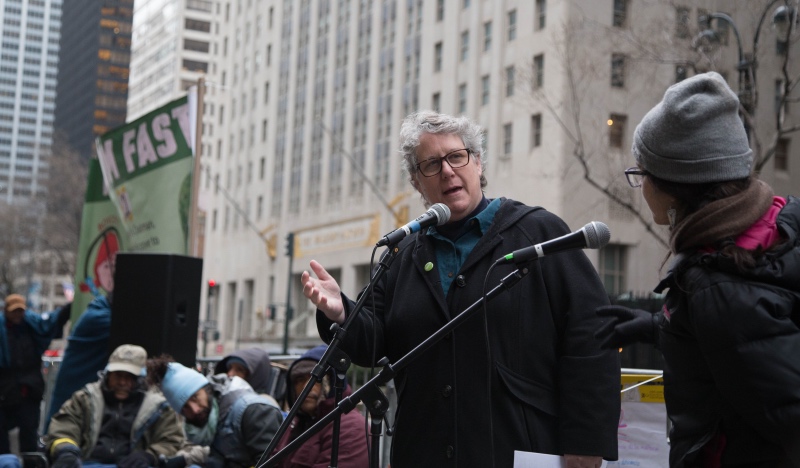 The Power of Commitment

A year ago, I joined the Coalition of Immokalee Workers in Dublin, OH for their protest in front of the Wendy’s headquarters.  Students from Ohio State University had been fasting that week trying to get their administration to withdraw Wendy’s from their school’s meal plan. Along with a teach-in and a march through the streets of Columbus, CIW made this the biggest stop on their Human Rights tour.  The student fast there set off a series of campus fasts around the country and provided a backdrop for the efforts of early 2018.

Recently I spent time in New York City to support CIW’s Freedom Fast. A group of CIW farm workers and allies spent five days in public vigil outside the hedge fund offices of Nelson Peltz, Chairman of the Board of Directors for the Wendy’s Corporation. They came to 280 Park Avenue daily to stand in protest or sit in lawn chairs or on upside down tomato buckets on the sidewalk and street in front of a building with 29 floors in the East Tower and 43 floors in the West Tower. They made speeches, they shared their stories and they received the messages of solidarity from others.

I joined them, first on Monday night to read NFWM letters/messages of support. Many of the faces we have seen in Immokalee – Lucas, Greg, Lupe, Nely, Julia and others. I sometimes could only see their eyes as they wore hoodies and blankets and scarves and gloves for protection from the cold temperatures that hovered each day between 30 and 40 degrees.  On Tuesday, they faced frozen rain and snow but still they came and still they stood and still they remained from morning to night, giving witness with their presence and a fasting witness with their bodies. Tuesday was the day one of our board members joined the group, Rox Monterastelli (representative of the Loretto Community), to fast and accompany the group there at 280 Park Avenue. She remained with them for the rest of the week.

I joined them again on Wednesday morning to bring greetings to the fasters at the beginning of their day, to hear the blessing given by the bishop from St. John the Divine Episcopal Church, and to join in their public witness/action.  Standing there several hours on the concrete I realized how challenging this was physically to feet and knees and hips that are not used to doing it.  And I had eaten breakfast. 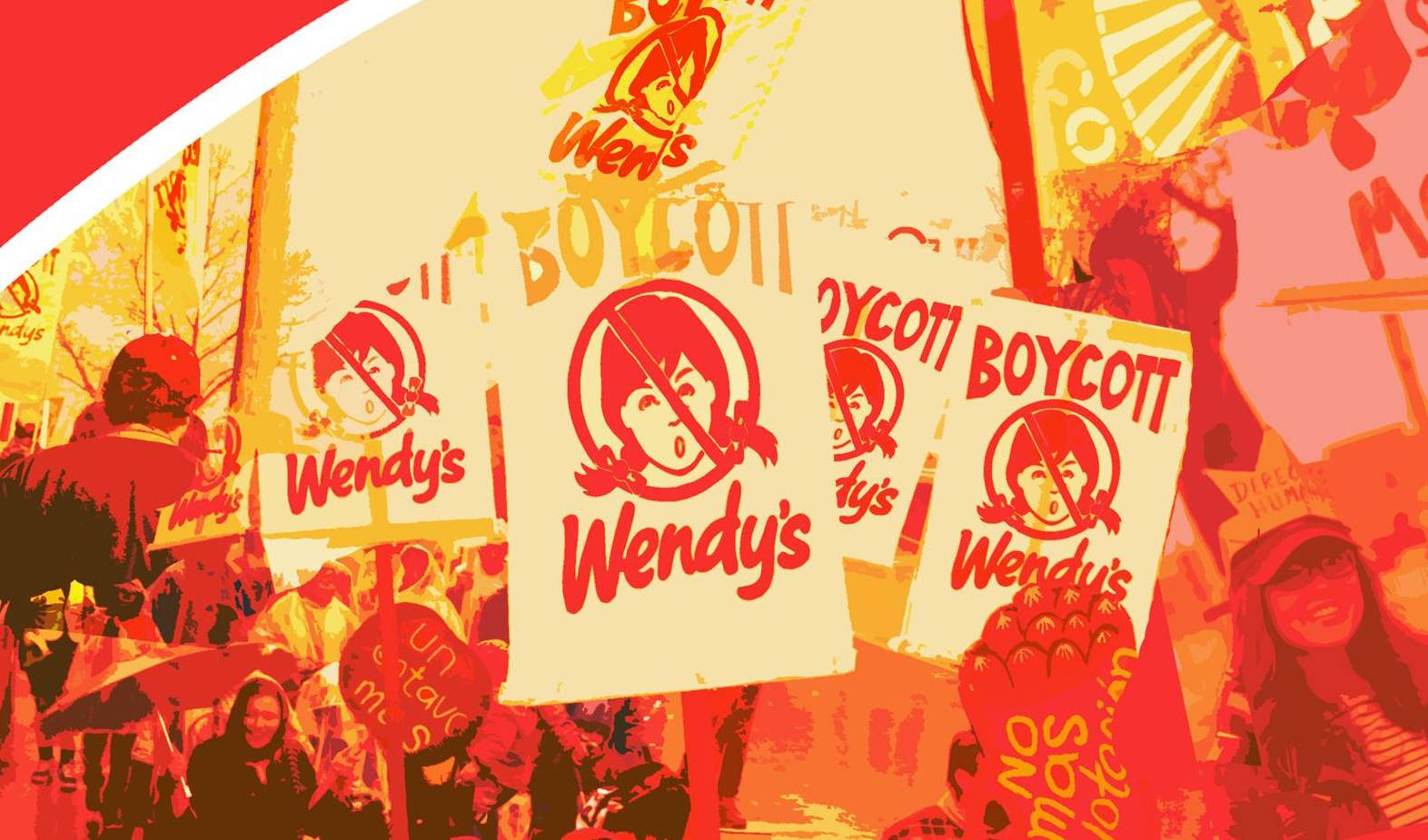 On the last day of the fast, I arrived early again to bless the fasters for the day ahead. I was a faster too, on that day, and was touched by the resilience of the faces I had the privilege of seeing all through the week.  After the blessing, we participated in an action in front of the building. Groups came to share their solidarity with the fasters – nail salon workers, models, farm workers from Texas, supporters from the Midwest and Nashville and Boston arrived at different intervals and our numbers swelled. During the morning I couldn’t get my knees to stop shaking in the cold.  How did these fasters stay warm with these temperatures, I wondered?

Later in the day, the group heard about Milk with Dignity from Migrante Justice of Vermont. CIW has been supporting their organizing and they had come to New York City to accompany CIW.

A rally and march were held near the end of that last day.  United Methodist Women read letters of support at the beginning of the rally, go to https://www.youtube.com/watch?v=BmXzbp09ZKE&feature=youtu.be to hear this. After speeches, the group held a lively march through mid-town and back to 280 Park Avenue where there were chants, speeches and a powerful witness for justice before heading back to the rally site at Dag Hammarskjold Plaza to break the fast. A basket of bread cubes was held by the children of the farm workers.  These kids had been part of the whole week, most not fasting but learning about justice and taking arts classes to share with their parents.  From posters to songs to slam poetry, these kids provided inspiration all through the week. I was invited to join faith leaders on the stage in blessing the bread.  I had trouble getting to the stage and, in front of me, offering their help, were the women of the movement.  They reached out to get me over a barrier and up the stairs then shared bread with me and hugged me. Much of the week had been about them, about ending the sexual harassment and violence they experience.

Through the week I was so touched by the commitment of the farm workers and their allies. Young and old participated. Women were there, mostly mothers from Immokalee who are also part of the training teams who meet with managers and farm workers to train them on the Fair Food Program.  I saw the faces of children who accompanied their parents in this important work – bringing joy and encouragement, learning from their parents’ examples.  I saw college students who came from several different schools, some divinity schools, sharing their lives with the Farm Worker Movement. I saw allies, some new and some friends from previous CIW events.