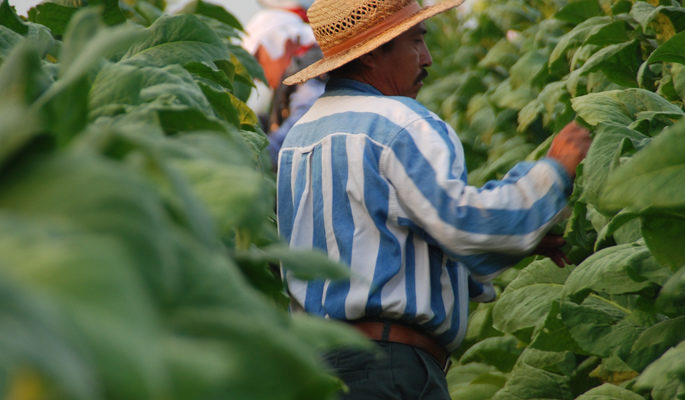 The Farm Labor Organizing Committee (FLOC) is seeking to address labor and human rights abuses suffered by farm workers who pick tobacco, such as sub-minimum wages, child labor, heat stroke, pesticide poisoning, uninhabitable housing, green tobacco sickness, lack of water, lack of breaks, and fatalities.  Reynolds American Inc. (RAI) is one of the largest tobacco companies in the US.  Although Reynolds does not directly employ tobacco farm workers, by contracting with tobacco growers it establishes standards which directly affect the living and working conditions of tobacco farm workers within its supply chain and even beyond.

FLOC began organizing North Carolina’s tobacco farm workers in 2007 and requested meetings with RAI. After years of advocacy by religious and student communities,  labor and civil rights organizations, and concerned consumers,  Reynolds management and FLOC began meeting directly  in June of  2012. We are grateful for the support that brought these meetings about and now seek to ensure that farm worker voices are affirmed, and lasting improvements in the fields and camps are achieved.   The letter calls on Reynolds to work with FLOC to reach an agreement that guarantees freedom of association and collective bargaining to tobacco farm workers.