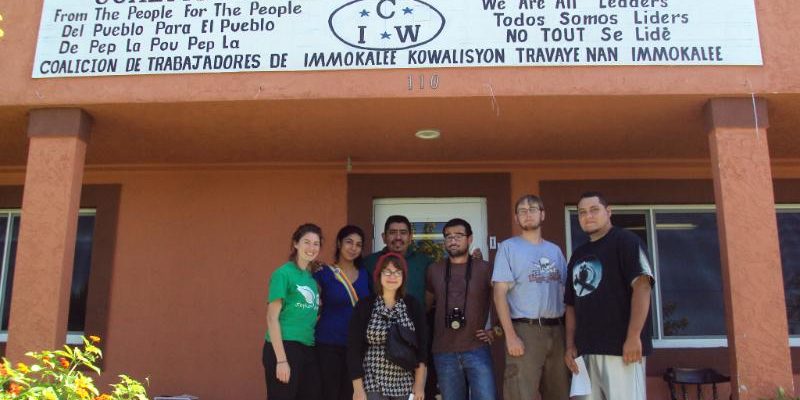 From October 23 through October 25, members of the Orlando Youth and Young Adult Network of The National Farm Worker Ministry participated in an immersion trip to South Florida. 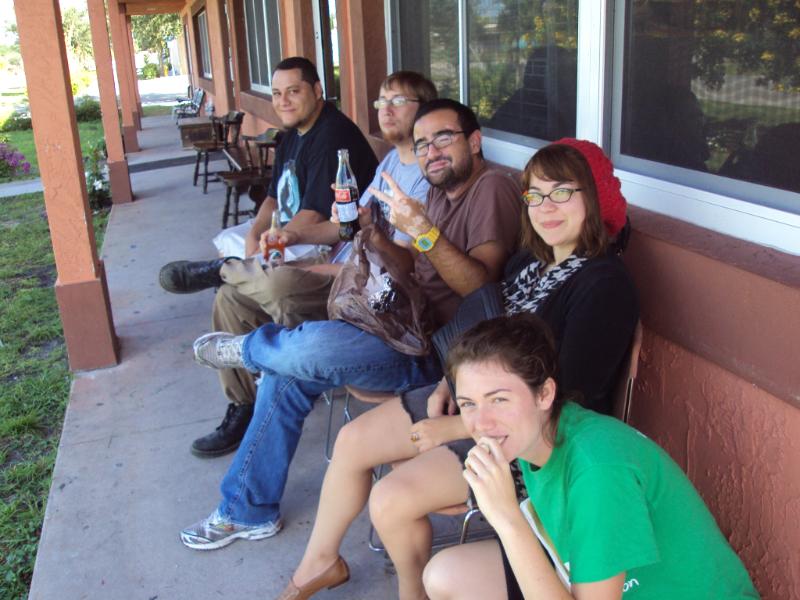 The trip’s purpose was for the young adults to meet farm workers, organizers, and activists from South Florida and learn from their experiences and struggles in order to become better leaders. 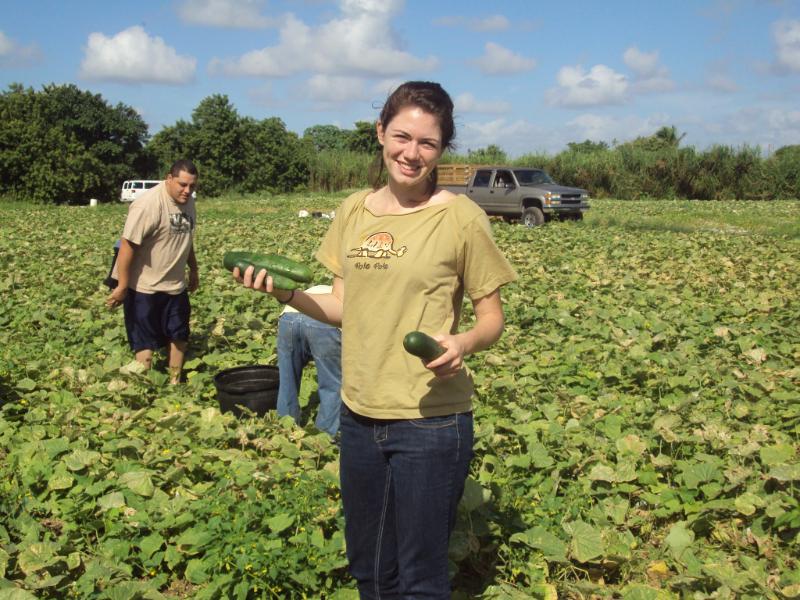 On the first day of the trip, the group took a tour of Homestead, and visited a tomato field where they had a chance to speak with workers. At the Farm Worker Association of Florida (FWAF) office in Homestead, the group was given a presentation by FWAF on women’s issues, pesticides, sanitation, intimidation and other issues farm workers face. 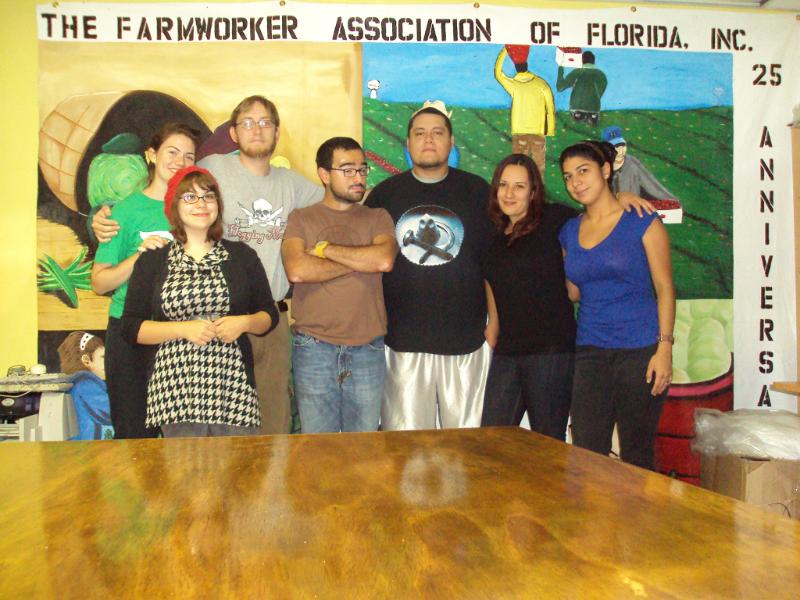 On the second day of the trip, the group traveled to Immokalee and took a tour of the Coalition of Immokalee Workers (CIW) office where they met Lucas Benitez. In their discussion with Benitez the young leaders learned the importance of organizing, carrying on, and producing a successful campaign. 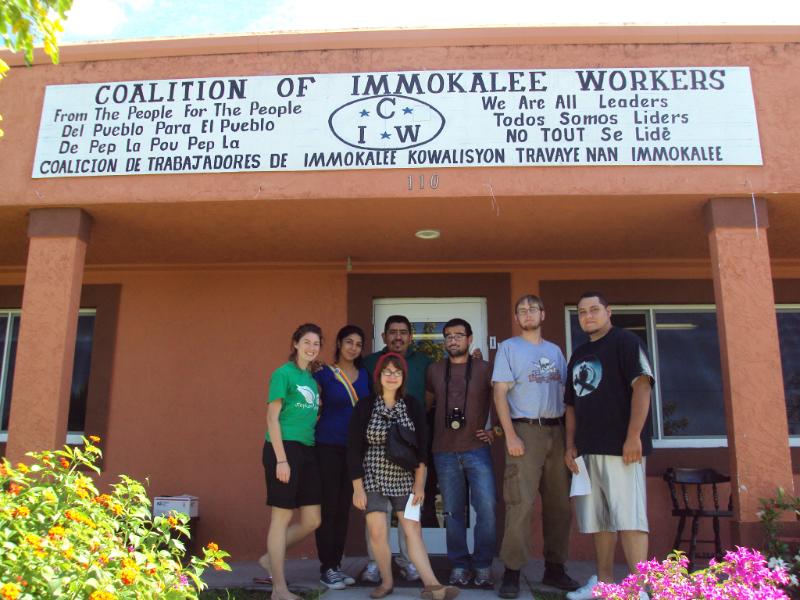 On the final day of their trip, the group gave a presentation to the United Church of Christ of West Palm Beach on how they can be more involved in supporting the farm worker struggle. The groups last stop was in Belle Glade at the Farm Worker Coordinating Council of Palm Beach, where they dropped off donated bicycles, and met with workers from FWCC. 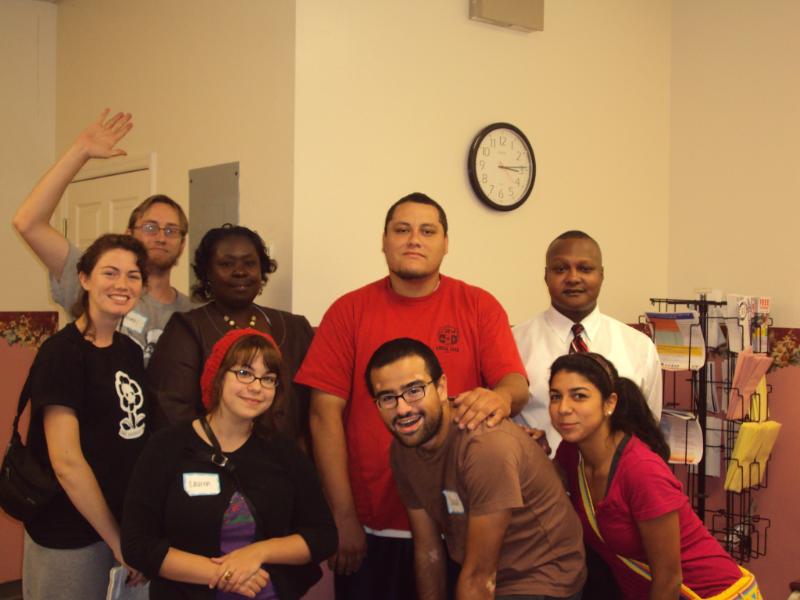 Throughout the trip Orlando YAYA was creating leadership skills. They learned how to recruit, work with other coalitions, create a budget, and other skills that will help them in fighting for better working and living conditions for farm workers. The trip brought together young adults who just over a weekend became leaders. 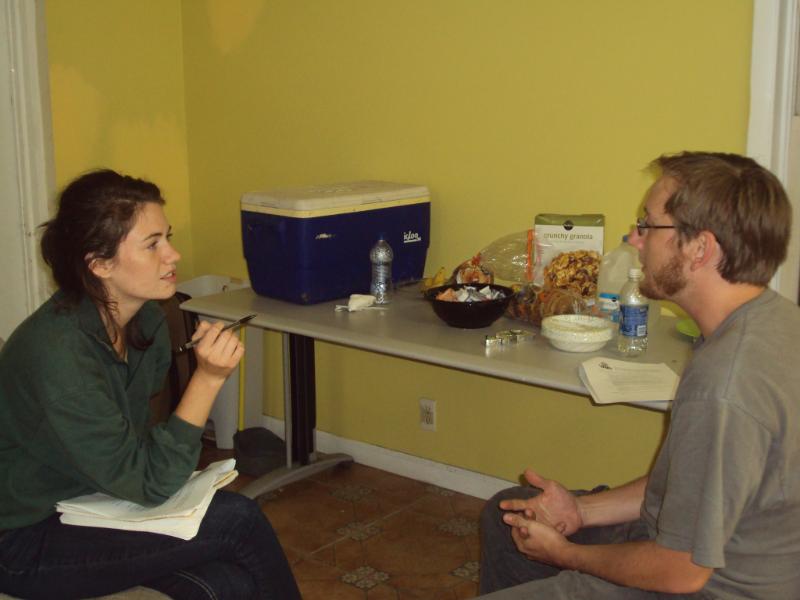 Thanks to all the people who supported us financially so that we could take advantage of this opportunity.