On Tuesday, June 29th, the Coalition of Immokalee Workers, allies from Interfaith Action and the National Farm Worker Ministry, and a reporter and photographer from the Florida Catholic traveled to Publix corporate headquarters in Lakeland, FL to deliver a copy of the U. S. State Department’s recently released “Trafficking in Persons” (TIP) report. The delegation had hoped to get a meeting with Publix representatives to discuss Secretary of State Hillary Clinton’s remarks on the urgent need for corporations to take responsibility for cleaning up human rights abuses in their supply chains.

Instead, they were met outside the offices at the security gate, by a Publix employee who said that he had no authority to speak on behalf of Publix. He accepted a copy of the TIP report and, after a brief exchange with NFWM’s Bert Perry, returned to Publix’s headquarters with the report.

In related news, at the State Department’s 2010 Trafficking in Persons (TIP) Report ceremony on June 14th, CIW’s Laura Germino was recognized as an “anti-Trafficking Hero.” In his introduction of Laura, Ambassador-at-Large Luis CdeBaca said, “There have been many cases exposing servitude for both sex and labor in Florida. And the Coalition of the Immokalee Workers and Laura Germino have always been there. They’ve been important partners and, more importantly, an independent and pressing voice as they uncover slavery rings, tap the power of the workers, and hold companies and governments accountable.”

Click HERE to link to the Nation magazine article, Human Trafficking: Not Someone Else’s Problem, about Laura Germino’s award and the TIP report.

For more news from the CIW’s Campaign for Fair Food, click HERE. 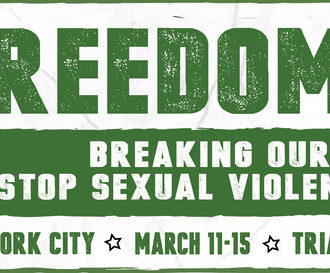