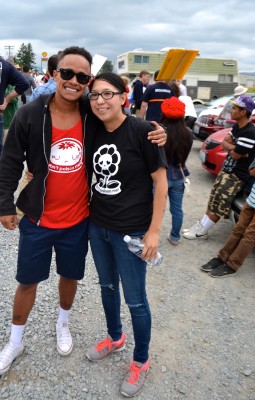 This summer I attended my first NFWM board meeting! The board typically meets every six months, in the winter and summer seasons. This year, the summer board meeting was held at Western Washington University (WWU) in Bellingham, WA from Friday, July 10- Sunday, July 11.

We were hosted by WWU, and stayed in the student dorms there and ate at the student dining hall, which boasts an incredible view of the surrounding Lake Whatcom. It was wonderful to sit with the many folks who’d come from all over the nation for morning coffee and breakfast and take in the view.

While we were in Bellingham, we had the opportunity to meet with folks from Familias Unidas por la Justicia (FUJ), Community to Community (C2C), and WWU’s boycott committee for FUJ and the United Farm Worker’s Movement (UFW). Indira Trejo, from the UFW, gave a presentation on the legal struggles the UFW has been confronting in fighting for justice in work-related accidents in the fields. She highlighted the recent death of Riverview Dairy worker – that sells its milk to Darigold cooperative – Randy Vasquez, and his partner Nubia’s petition to persuade Darigold’s CEO to sit down for a meeting about the working conditions on the dairy farm. I encourage you all to visit the UFW site to sign Nubia’s petition if you haven’t already.

We also heard from FUJ member Ramón Torres and from C2C director, Rosalinda Guillen about how the NFWM and YAYA could support the boycott campaigns the strawberry pickers in the Washington area have developed. The workers in Washington face a lot of the same challenges that farm workers in Florida face: wage theft, poor working conditions, and sexual harassment in the fields were just some of the issues they touched on. They talked at length about the issues they have faced since they became their campaign targeted at Sakuma Bros in 2013. Sakuma has used some familiar tactics to continue to avoid meeting farm workers’ demands for justice, particularly the “glitch” argument meaning that the company claims they haven’t been stealing the farm workers wages, instead there was just a glitch in the computer system. But how likely is there a 3-year long glitch? You can learn more about their boycott and how you or your community might be able to participate here.

On Saturday, we drove to Burlington, WA to participate in a 3-mile march and demonstration in front of the Sakuma Bros. processing plant. It was the first time I had ever participated in a march in the Washington area, and it was great to connect with folks luchando en el norte! It was less great to face the haters in Burlington, and there were quite a few. As we marched, a man screamed from his truck for us to “ go back to Mexico.” Another couple parked their car on the side of the rode and took photos of us, yelling “stupid,” repeatedly. I was pleased to see, though, that there were also plenty of folks yelling with us in solidarity, honking their horns to show their support. We marched on and ended at the site with an even bigger crowd than we started with.

I think another important fact that farm workers highlighted during their presentations at the meeting and during their platicas (their talks) at the plantation site was that many of the farm workers in the area do not speak English or Spanish, but instead either speak Triqui or Mixtec, indigenous languages spoken by a lot of Indigenous folks in Mexico. The workers noted that it’s important to recognize the diversity— and by extension the diverse needs—of the workers in the fields and their families. Of course, they stressed the importance of supporting the boycott against Sakuma as well.

We ended the day with a barbecue in a local park, where we had carne asada with beans and rice! We had so many opportunities to connect with each other and grow our campaigns, and I am so grateful for the opportunity to participate in this summer’s board meeting!

Check out NFWM’s flickr for more pictures of our time in Bellingham! 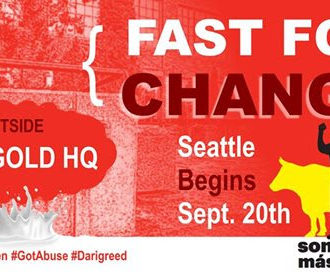 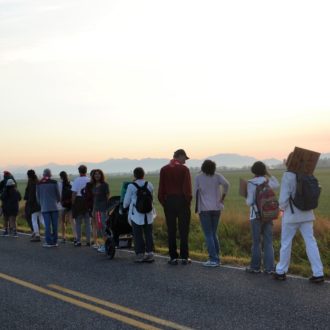 Help Dairy Workers in the Northwest

Darigold is the largest dairy processor and cooperative in the Pacific Northwest. While their public image brags about f... Read More »