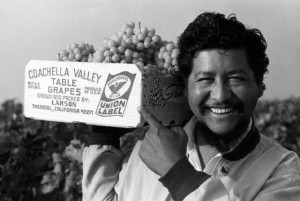 Richard Chavez, Cesar’s younger brother, helped build the farm worker movement. He was a leader whose accomplishments were matched only by his kindheartedness. Richard shared his time and talent with so many, including NFWM. We offer our sympathy to his partner Dolores Huerta, to his family and all those close to him. Services will be held this Sunday and Monday in Delano, CA.

See this article from the UFW blog for more details:

Richard was born in 1929, two years after his brother, Cesar, on the family homestead near Yuma. The two brothers left farm labor in 1949, spending a year working together in lumber mills around Crescent City, Calif. In 1950, Richard moved back to San Jose, where in 1951 he entered the carpenters union apprenticeship program. He worked as a framer building suburban housing tracks before moving to Delano. There he worked on both commercial and residential projects, including schools and freeway overpasses. Richard began his activism with Cesar in the Community Service Organization, then the most effective Latino civil rights group in California, in 1952, and was president of the Delano CSO chapter, which he also helped form.

His varied duties with the UFW over the years included long stretches organizing the farm workers’ successful boycotts of California table grapes and other products in New York and Detroit during the 1960s and ’70s. He was in charge of administrating union contracts in 1970, and later negotiated UFW agreements and oversaw union bargaining. Richard was first elected to the UFW executive board in 1973. In the ‘60s and ‘70s, he also oversaw construction and helped build most of the major structures on the farm workers’ “Forty Acres” complex outside Delano, including its coop gas station, union office and hall, and health clinic.

Some links to stories or statements about Richard Chavez: