We’re delighted to have two full time interns this summer at NFWM NC.

Blake Daniel is a student at Duke Divinity School, where he is pursuing a Master of Divinity degree focusing on pastoral care. Blake studied English and Spanish at the University of Georgia and, prior to coming to Duke, taught middle school for a year in San Jose, Costa Rica. He is married to Erin and has a Labrador puppy named Penny.

Lauren Kenyon is a senior at NC State University, graduating in December with a BS in applied sociology and minors in Spanish and biology. Two semesters ago, during an international development class, Lauren learned about the struggles of farmworkers. She became hooked on learning more which led her to NFWM through partner organization Student Action with Farmworkers’ “Into the Fields” Internship. “Being a part of NFWM has inspired me to stay connected with the farmworker movement on terms longer than just this summer.”

This summer Blake and Lauren are participating in and helping to coordinate NFWM’s “Connecting Communities” program reaching out to farmworkers in two counties in the Piedmont Area of North Carolina. Thanks to support from the Southern Coalition for Social Justice, NFWM NC is organizing volunteers to locate and visit with farmworkers living in labor camps to talk about the importance of the census. NFWM”S goal is to begin to develop relationships in order to bridge connections between farmworkers in those areas and area congregations. 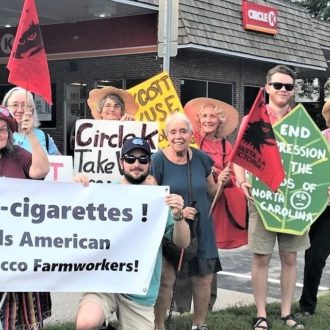 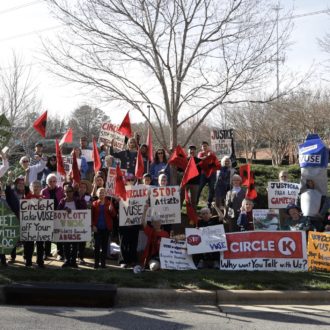