NFWM Celebrates 50th Anniversary of the Grape Strike with UFW 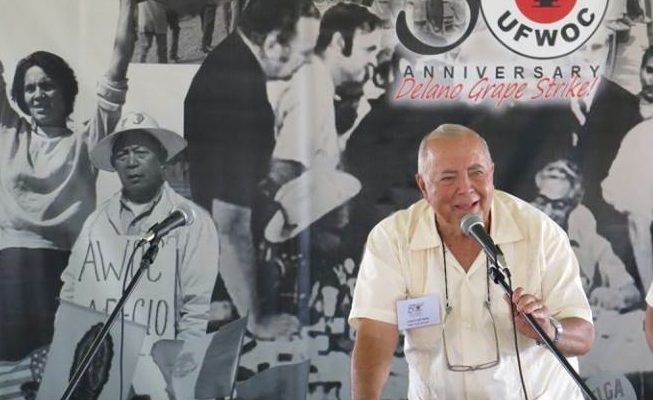 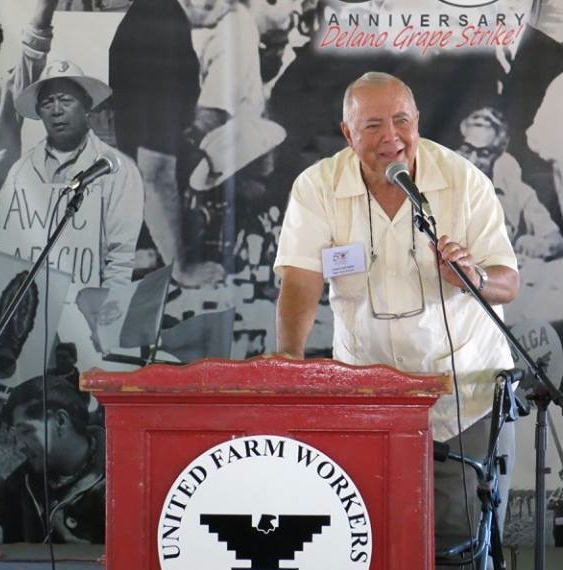 By Julie Taylor
On September 26th, I traveled with an NFWM delegation from Claremont to Delano, CA to celebrate with the United Farm Workers (UFW) the 50th anniversary of the first grape strike. Anniversaries remind us of our history. They convey our heritage and help to frame the legacy which we point to for inspiration, motivation and vision. 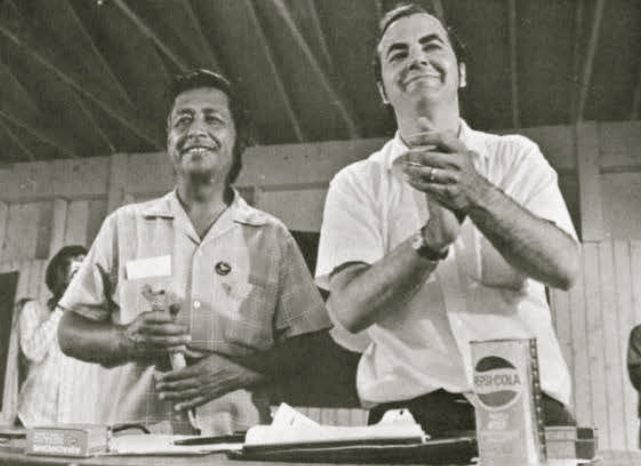 Some of the strikers are still with us. Some are not. During the event, we heard stories from strikers about the fear and uncertainty of what would happen, but we also heard the strong resolve they had to do the right thing, to seek justice. They told of sharing living space and meals because they could not pay rent and had no money to buy food. Strikers and their families were threatened. Some were beaten. Children saw parents with bruises. Spouses shared worry over their loved ones. We heard from second generation family members who shared with us what it meant to them that their parents chose to make the sacrifice of participating in a strike.

These are the realities of the viciousness aimed at people who stood up for their rights. Leading the struggle were people like César Chávez, Delores Huerta and Larry Itliong who had brought together Latinos and Filipinos organizing in the San Joaquin Valley. Despite their hesitancy about each other, the groups decided to work together and the rally cry of “Huelga” or “Strike” rang loud and clear.

This anniversary helped to mark a moment in the beginning of what became a movement. The boycott would take the farm workers, advocates and the faith community around the country to do organizing, to tell the story, to raise awareness in a nation’s consciousness. Tireless individuals, a number of whom were honored at the anniversary, were part of these efforts, including Rev. Chris Hartmire, the first director of NFWM, and Rev. Gene Boutilier, a former NFWM board member.

Arturo Rodriguez, current UFW President, after speaking about the impact of that first grape strike, then invited sharing from those representing current UFW campaigns, bringing the past into the present. Robert F. Kennedy, Jr. and Paul Chávez shared memories about their fathers, who became friends in the farm worker movement, and spoke about the need to continue the struggle. 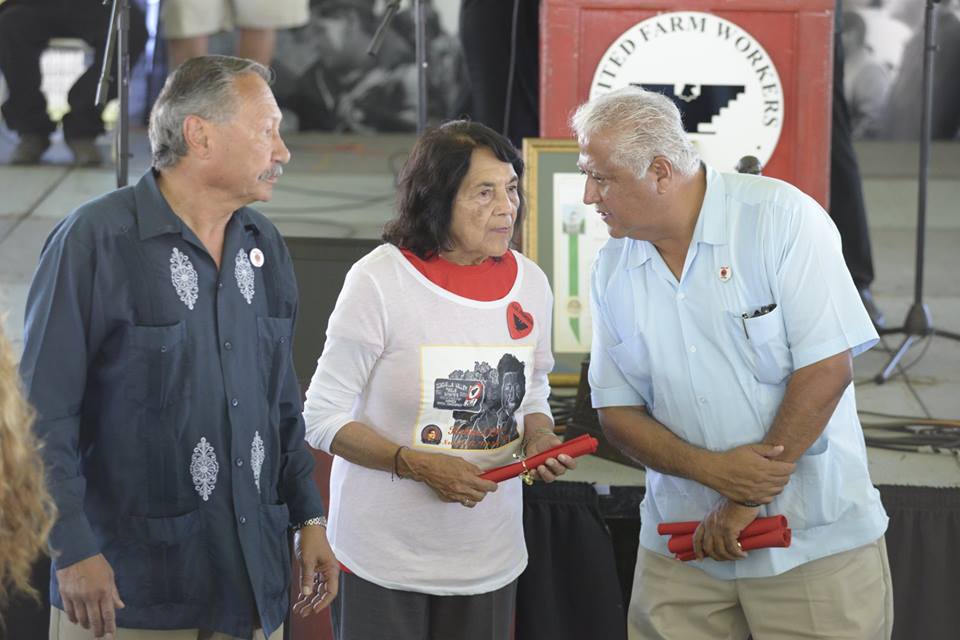 NFWM was a “Black Eagle” sponsor of the event. It was a privilege to be part of the NFWM delegation who attended: Gene, Chris, “Pudge” Hartmire, Suzanne Darweesh, NFWM board member and co-chair of the Orange County Interfaith Committee to Aid Farmworkers (OCIC) and Barbara Johnson, member of OCIC. Former NFWM director, Virginia Nesmith and former California organizer Lucy Boutte assisted as volunteers for this event. It felt like a reunion to many and a reminder that NFWM continues to work as a conduit for the faith community to be involved with these and other campaigns led by our farm worker partners.

So many spoke to share memories and stories that captured the hope and determination of that time 50 years ago. It was inspiring and provided a window into the deep resolve strikers, marchers and boycotters had. The organizing and training continued throughout the years, so that today, we are part of the legacy left by those early leaders. Animated and true to her own passion for the work, Delores Huerta offered her familiar encouragement and commitment, from then until now, reminding us “Si Se Puede!” YES WE CAN! NFWM carries that belief today, “Yes, we can and we will!