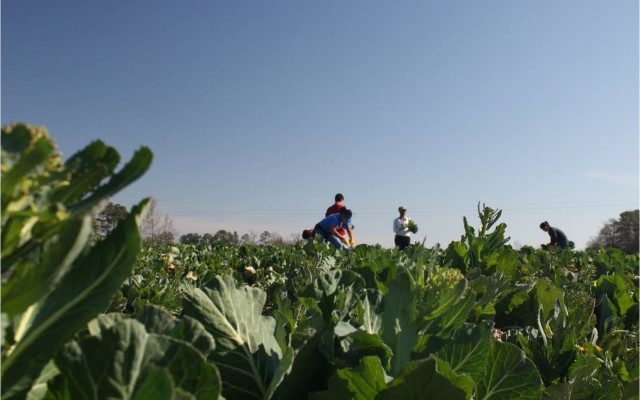 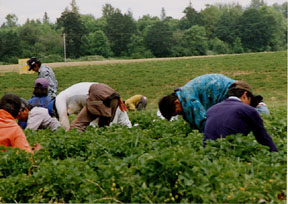 We applaud President’s Obama’ commitment to Comprehensive Immigration Reform (CIR) which includes a path to citizenship for undocumented immigrants  living in the United States.  We are glad to see that the President understands the urgency of the situation and wants Congress to act on this quickly.   The current situation is untenable.  As the President said – “this isn’t just about policies, it’s about people.”

The great majority of farm workers, the people who labor every day to harvest the food on our tables, are undocumented.   NFWM staff and volunteers have heard first hand reports from many farm workers of the ongoing abuse they suffer in the fields because they are threatened with firing or deportation if they complain.  This opportunity to earn legal status would make it possible for them to, finally, work, live and participate in their communities without fear.

NFWM has also heard from workers who harvest food for US families, but haven’t been able for years to cross the border to their countries of origin to see their own families.  Achieving legal status will help end this moral travesty.

We also welcome the bi-partisan efforts within the Senate towards a bill that includes a path to citizenship.   We believe any such bill should also include strong protections for farm workers who enter the country as guest workers and that those workers should have the option of becoming permanent residents.

Clearly we are at an historic point in time.  Cecilia Munoz, Director of the White House Domestic Policy Council, said the President would “Keep the fires lit” on this issue, and that we must do so also.  Go to www.whitehouse.gov to link to the President’s speech or to Cecilia’s “chat” with immigration advocates around the country, including faith leader Jim Wallis.

Look for regular Action Alerts & News from us on the progress of comprehensive immigration reform. We need your support today more than ever!