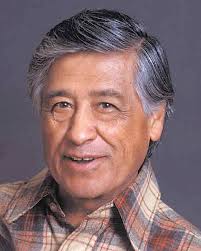 YAYA would like to congratulate all of our members and allies in light of the recent proclamation of March 31st as National Cesar Chavez Day.

Thanks to all who signed the petitions and remained dedicated to honoring Chavez as a civil rights hero. On the weekend premiere of the movie Cesar Chavez: An American Hero, President Obama announced that March 31st will be a day in which people will be called to honor the legacy of Cesar Chavez through community engagement, education, and awareness around social justice.

Along with President Obama, we encourage people to celebrate Cesar’s birthday by acting in service to his lifelong mission of achieving justice for farm workers. To observe this holiday is to work for justice. YAYA supports the men, woman, and children from the farm worker community who continue the fight for justice and dignity.

We congratulate Cesar’s family and our friends at the United Farm Workers on this momentous occasion.