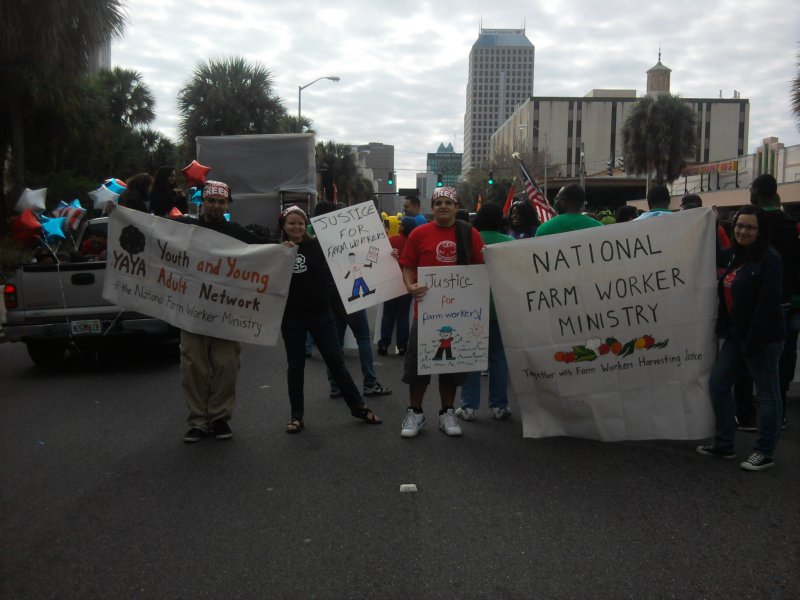 On Saturday, January 15, YAYA participated in a parade celebrating the life and legacy of Dr. Martin Luther King, Jr.

Additional organizations that partook in the festivities included Jobs With Justice, the UCF Student Labor Action Project and AFSCME.

The parade route cut right through the heart of Downtown Orlando and featured drum lines, step dance teams and various other groups from the community. People lined the streets as children rabidly awaited the candy marchers were handing out.

YAYA’s Lariza, Katie, James and Curtis marched in the parade holding signs and banners illustrating YAYA’s commitment to farm worker rights. The crowd embraced YAYA’s message with many people expressing their solidarity with the cause. The event was highly successful in spreading awareness of what YAYA does and quite fun. It was gratifying to see many people outside farm worker communities express their support for the struggle.