The best way for me to report back on the Farm Labor Organizing Committee’s 12th Constitutional Convention is to give you the mixtape version. Music pretty much dominated our experience on the weekend of October 11th.

Track 1: “What About Your Friends?” by TLC 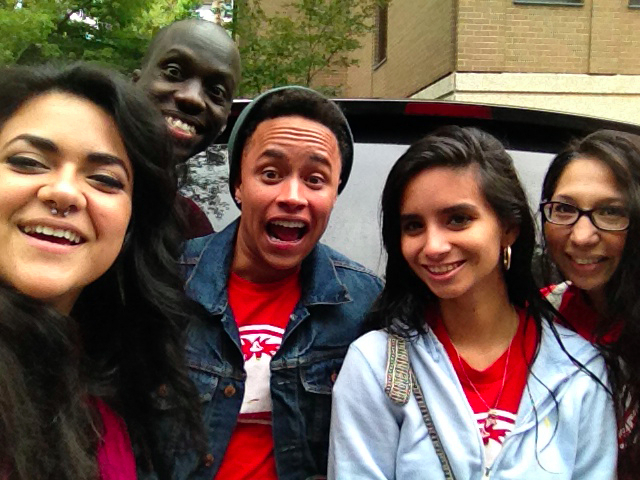 If I had to sum up our FLOC trip in one word it would have to be bonding. YAYA member Nataly Azcurra made sure that we were all thoroughly acquainted with one another by the time we left Durham, NC on October 13. We laughed, we cried, we sang our hearts out to Boyz II Men songs—you know, the usual bonding things.

But we didn’t just spend time bonding amongst ourselves, we spent a good portion of our time strengthening our relationships with folks from FLOC and hanging out with Lyndsay and Susan from the National Farm Worker Ministry. We started our first day, bright and early, moving boxes and building shelves. The next day, we also woke up bright and early and headed out to the convention. 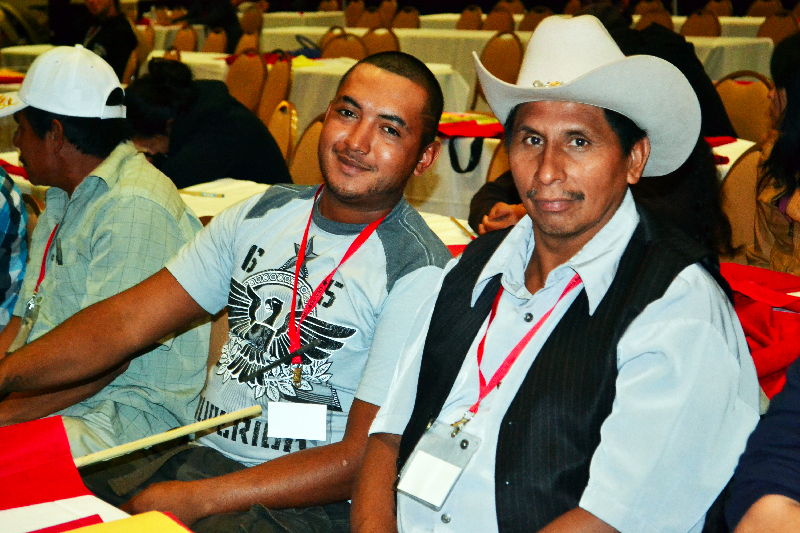 YAYA coordinator Nico Gumbs and I provided transportation for some farm workers who were staying a ways out. One of them in particular, Androcio, was excited about hearing some music in the car.

He was also the first one to throw shade at me when I started playing Bronco’s album, Animal, teasing me for liking “this old stuff.” OK, but, for real, though—who doesn’t like old school Bronco!?

At any rate, we got to talk with the farm workers on the trip to and from the convention. They told us about how they hadn’t really been able to do anything or go anywhere, sans to work and to the local supermarket for most of the 2-6 months they had been working in Durham.

Track 3: “Started From the Bottom” by Drake 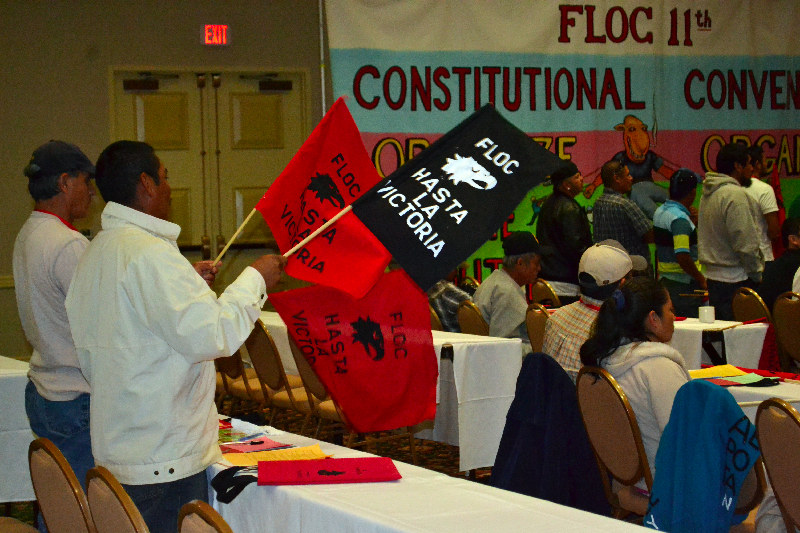 This was my first FLOC convention, but I could tell that a lot had been done since the last one!

Overall, the union passed 16 resolutions, including one to continue on the ground efforts at educating farm workers on health concerns related to working in the fields and emphasizing a continued commitment to end the criminalization of immigrants. 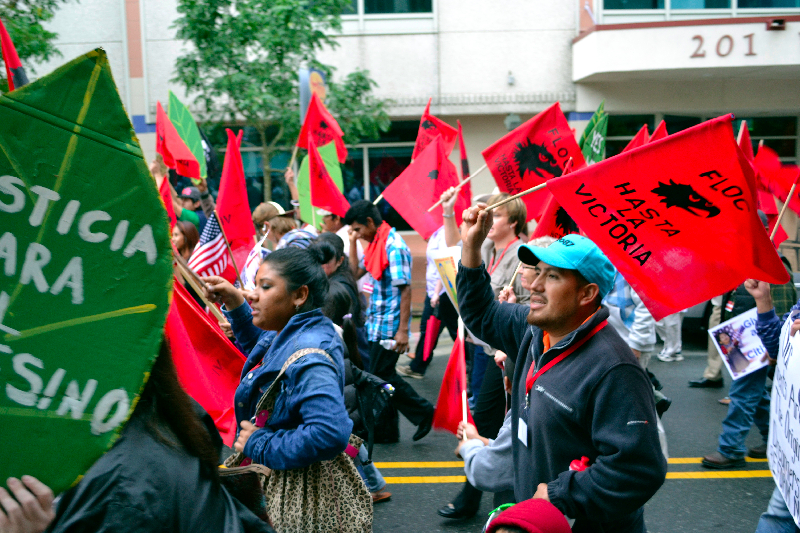 During the convention, we were able to talk with more farm workers, and I was even able to help during a dress rehearsal practice for one of the teatro campesino performances.

One of the best moments for me was when Rev. William Barber II of the NC NAACP spoke about the historical and continued relations between the African American community and the farm worker movement. Rev. Barber pointed out how FLOC President Baldemar worked alongside Dr. Martin Luther King, and said he was proud to say that that the NAACP would continue to stand with FLOC as they organize tobacco farm workers in NC.

Barber later led the way, alongside Baldemar, during our Rally For Immigration Reform. Hundreds of folks joined in this rally, and it was really motivating to see so many people committed to farm worker justice.

Although we were exhausted by the end of the conference, we felt inspired and happy for having had the opportunity to attend this event. This experience renewed our commitment to FLOC and we will continue to fight alongside them until farm workers see justice.

When it was time to go back home, we hopped in the car and listened to more music. Orlando YAYA member Jonathan Alingu called me a hipster for saying that the Walkmen are one of my favorite bands. Well, if loving the Walkmen makes me a hipster, then I don’t want to be hip.

This ends our mixtape, folks! But, it certainly isn’t the end of our “fight for justice” with FLOC. Stay tuned for ways you can contribute to the FLOC campaign for tobacco farm workers in NC!