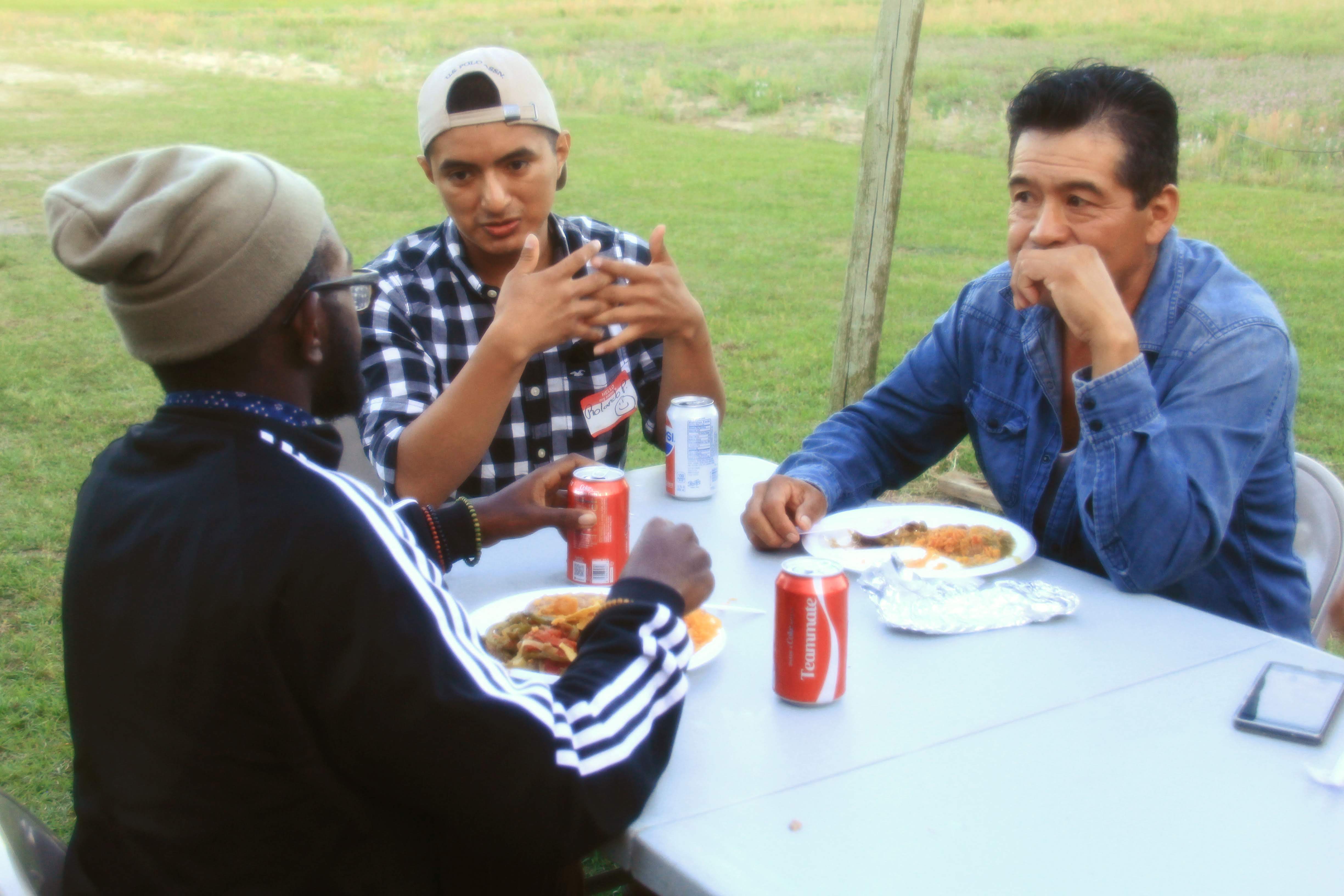 The idea that solidarity between black and brown folks is a myth is commonly put forth by people. Both black and brown folks come from places where they’ve had to witness or endure forms of abuse from the group whether it be anti-black or anti-latinx sentiments, the Erasure of Afro-Latinx people, or a lack of support for their respective movements. YAYA’s Immersion Trip to North Carolina was a solid reminder that not only is there space for solidarity work but in order to achieve true liberation we NEED each other.

It’s fairly easy to find a Black and Latinx presence, and history, in North Carolina. Over the course of our trip, we were able to sit down with the amazing staff from FLOC’s field office in North Carolina and talk with FLOC president Baldemar Velasquez about the history of FLOC and why what we are doing is so important. Another great experience that the group had at the FLOC office was being able to go around the building and look at all the various pictures that detailed the struggle of Farmworkers in North Carolina and throughout the US. One of the most impactful pictures for me was one showing the major march FLOC held in 1983 protesting against injustices faced by midwestern tomato and pickle farmworkers. We were also able to have genuine interactions with farm workers. I say genuine because the conversations that we had were not centered around the hardships that they faced. We talked about the issues that they faced and were able to learn about Green Tobacco disease from a first-hand perspective. But we were also able to hear about what sorts of hobbies that these people have, and about how their kids are almost done with college. To be able to put a face and human emotions behind a struggle just makes it that more real and impactful.

We were also able to visit Beloved Community Center. Based out of Faith Community Church in the Southside of Greensboro North Carolina, the Beloved Community center has been a staple in the community not only due to its organizing efforts but also due to its commitment to the preservations of the black history of Greensboro North Carolina. Pictures that each held a story worth a thousand words were strung along the walls of the community center. Many of which showed the Founders Rev. Barbara Dua, Rev. Z. Holler, and Rev. Nelson N. Johnson alongside Key figures of the Civil Rights Era. Both FLOC and BCC engaged in Black and Brown solidarity initiatives such as a campaign for police accountability within their communities, in addition to efforts that worked to mediate some of the tensions between black and brown agricultural workers as the growers were trying to pit the two groups against each other.

Black and Brown solidarity is something that is very much needed within the farmworker movement due to the ways in which the communities have intersected throughout American history. And in each place I visited in North Carolina I was able to see how both communities were fostering that sense of unity through a commitment to acknowledging and preserving history. And making intentional efforts to bring communities together by tackling issues that they both face.