May 1: March and Vigil for Immigrant, Civil and Human Rights

United Methodist Women and Local Advocacy Groups Gather in St. Louis on May 1 to Call for Immigrant, Civil and Human Rights

On Saturday, May 1, 2010, thousands of United Methodist Women, in St. Louis for their Quadrennial Assembly, and key St. Louis community groups will march from America’s Center to Kiener Plaza and participate in a public faith-based vigil for immigrant, civil and human rights. Bishop Minerva Carcaño, chair of the United Methodist Task Force on Immigration, will lead the event.

The march and vigil will be a call to the St. Louis area and to the United States to keep families together, bring an end to detentions and deportations, protect workers’ rights, stop racial profiling, and show support of just immigration reform. Marchers will leave America’s Center at 11:30 am. The noon vigil at Kiener Plaza will include interfaith prayer, puppetista street theater and music.

The vigil will also be an opportunity for St. Louis community members and members of United Methodist Women from around the country to take action. A petition will be circulated calling for a city and county ordinance to outlaw racial profiling. Organizers will also collect postcards from participants affirming their support for the tenets outlined above to be delivered to Secretary of Homeland Security Janet Napolitano.

“When civil and human rights are violated in our community, it hurts everyone,” said Jennifer Rafanan, Director of Missouri Immigrant and Refugee Advocates. “We are excited about the impact that these actions will have for everyone living in our community – immigrants and non-immigrants, alike.”
United Methodist Women have been taking action around racial justice throughout their 140 year history. In 1952 they first adopted their Charter for Racial Justice, which was revised in 1978 with a particular focus on institutional racism. That year, United Methodist Women processed from the Assembly Hall in Louisville, Ky., and moved into the streets to sign the Charter.

“We are building on that history to again march out of the UMW Assembly into the streets to take action for racial justice,” said Carol Barton, Executive Secretary for Community Action. “On May 1st United Methodist Women will again take a visible stand challenging current policies of detention and deportation, supporting family unity, rights for migrant workers, and calling for an end to racial profiling and violence against migrant women. We will continue to call for just immigration reform.”

United Methodist Women is also calling for actions across the country, urging members who would want to participate but cannot be in St. Louis to organize public witness events in their own communities. 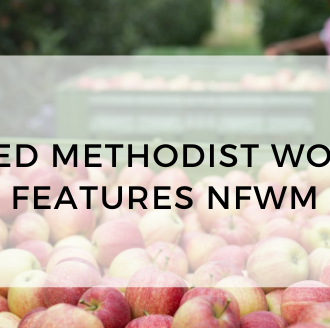 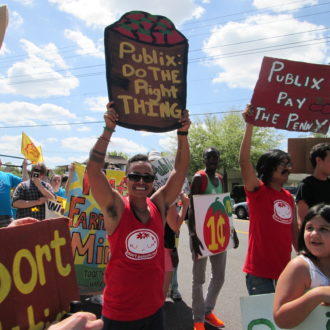 Take Action to Promote the Agricultural Worker Program Act of 2017