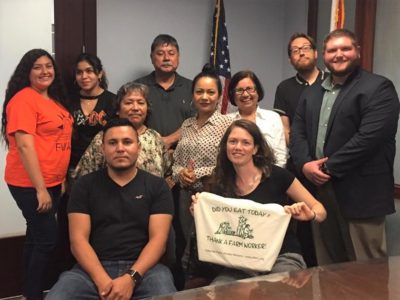 On Tuesday, August 15th, YAYA members Faiza Begani, Stephanie Melendez, and Thomas Hellinger and staff Dominique Aulisio joined the Farm Worker Association of Florida in two separate meetings with the offices of Senators Nelson and Rubio to ask them to co-sponsor the Agricultural Workers Program Act.

The proposed legislation would provide a blue card status for farm workers and their immediate families to continue to work in agriculture for 3 to 5 years, after which they would have the opportunity to apply for a green card. The legislation is supported by farm worker unions and associations across the country, including the United Farm Workers, the Farm Labor Organizing Committee, Pineros and Campesinos Unidos por Justicia, and the Coalition of Immokalee Workers.

AWPA would provide a stable workforce for the agricultural industry while rewarding the hard work of undocumented farm workers who have been serving in this industry for years, sometimes decades. This is an alternative to the false solution of displacing local farm workers by expanding the H-2A guestworker program, which is known for human rights abuses including the recent death of a worker in Washington state. 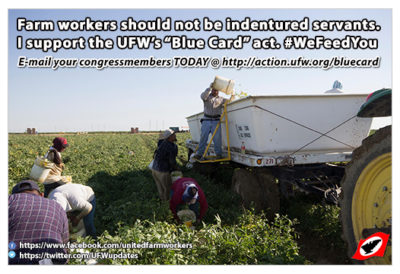