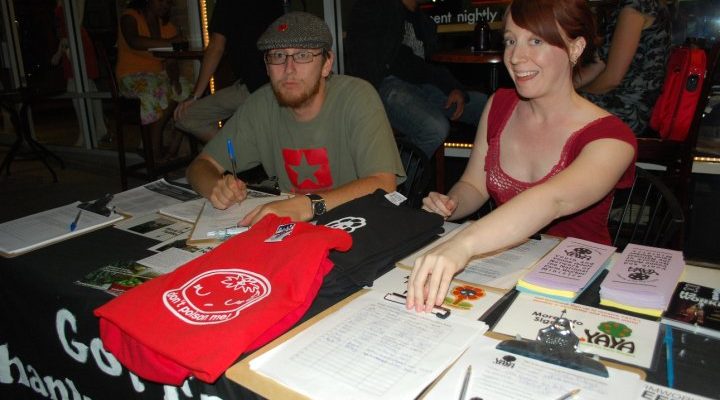 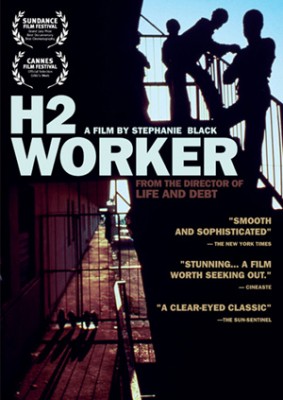 We were very excited to join UCF’s Student for a Democratic Society (SDS) for their monthly film screening at Natura Cafe on April 5. We screened the film H2 Worker, which gave a vivid picture of the situations faced by Jamaican guest workers working in sugarcane in Bell Glade, FL in the 1990s. The movie also had an update on the current situation faced by guest workers in the US.

Agricultural guest workers come to the United States with a temporary visa, called an H2 Visa. The program is rampant with abuses because guest workers are required to remain with the employer, no matter what conditions they face on the farm, or find their way home at their own expense.

Today, sugarcane harvesting has been mechanized, but the laws have not been revised. Fortunately, the United Farm Workers and their supporters won a recent victory re-instating some of the protections for guest workers that the Bush administration removed.

Orlando YAYA’s main work with guest workers has been through the Farm Labor Organizing Committee’s (FLOC) campaigns. FLOC works with guest workers (as well as farm workers who permanently reside in the US) who pick tobacco in North Carolina and who in most cases work under poor conditions, earning low wages and exposed to nicotine and dangerous pesticides.

FLOC is asking RJ Reynolds to take responsibility for the working conditions of these workers (who pick the tobacco from which they profit) so that their rights are respected and so that they can be treated fairly at the work place.

Orlando YAYA will be taking a delegation to the RJ Reynolds Shareholders meeting and protest on Friday, May 7 in Winston-Salem, NC. 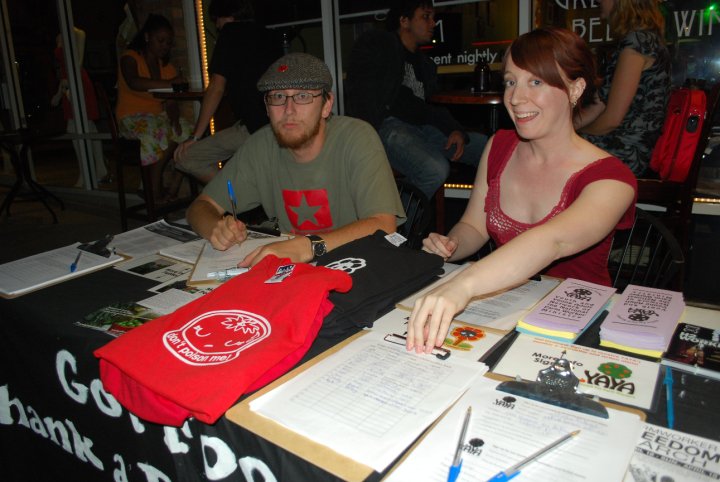 At the film screening, we held a raffle to raise funds for the trip. Our members Richard Gaiser and Nadia Garzon worked hard to get awesome prizes like:

It was great to share about YAYA’s work and connect with more people in the UCF area. A big thank you to SDS at UCF and to Natura Cafe for hosting the event. 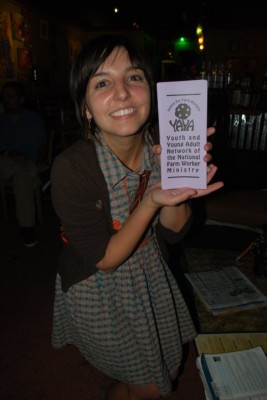 During farm worker awareness week, YAYA which is the Youth and Young Adult of the National Farm Worker Ministry, hosted different events to spread awareness about farm worker issues and the movement in the Orlando community. One of the events that we hosted was a film screening of the documentary H2 worker, which was co-hosted with SDS, another organization from the University of Central Florida. The film screening was a success because YAYA was able to build relations with another organization, and there were many supporters from both groups that were interested in learning more about the struggles farm workers experience. The film “H2 worker” was great at demonstrating all the different work areas in which immigrants experience difficulties, from the fields to the packaging areas which explains exploitation does not only take place in the agricultural field. Basically the film expanded my perspective on the movement, and taught others about their struggle to find better working conditions.

This event was part of our Farm Worker Awareness Week events!