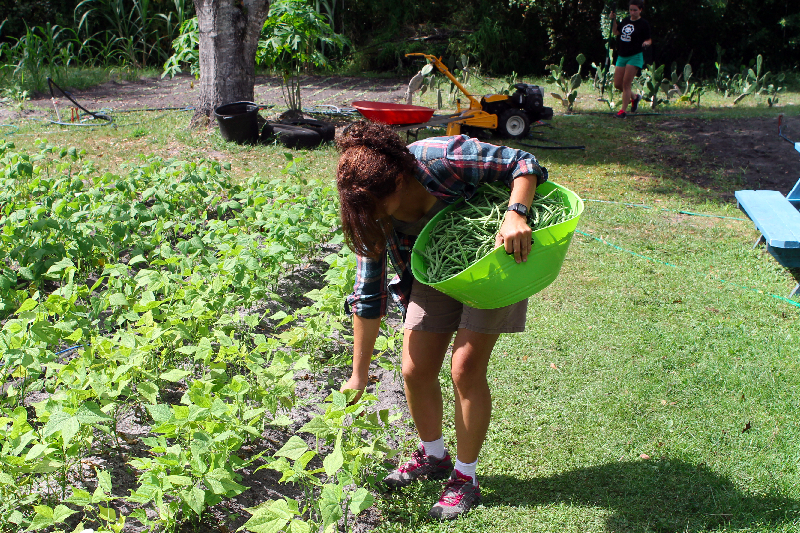 Orlando YAYA has worked in this project with the Fellsmere Community since January 2012. YAYAs not only volunteer at the plots, but during their visits there are scheduled times to share skills and stories, ultimately building community and solidarity between the two groups.

I attended the last trip to Fellsmere on Saturday, October 19th. A group of YAYAs left the Orlando NFWM office at around 8:30 am and arrived at Fellsmere mid-morning. We were warmly greeted by FWAF members Maru and Daniel, who were hospitable and friendly.They briefed us on the history of the gardens, recent yields and the success that the produce had been at the local farmers market. “The radishes practically flew off the shelves”- we were told, and there was a lot of positive feedback from the community.

We lunched at the office, encouraged by everyone to eat and hydrate before heading out to the gardens. Once done, we carpooled over to the main community plot, lot number one. 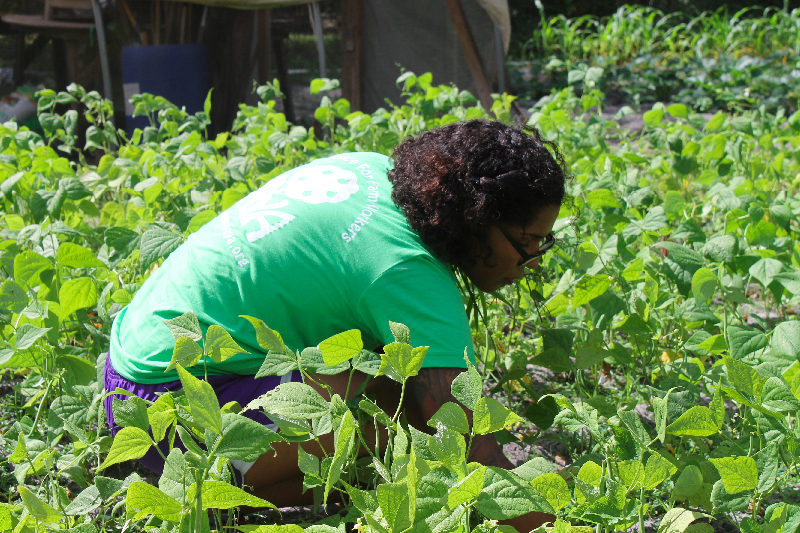 Upon arrival we were shown around the lot; the greenhouse, where seeds were germinated for the rest of the garden, and the vegetable plots out in the garden which included green beans, radishes, tomatoes, peppers, leaf greens and jicama. We divided up into groups to work on different projects. I was excited to pick greens beans and went straight to it, others worked to prep soil and plant seeds for new crops, there was also work to be done erecting stake supports for young tomato plants so that they may grow straighter.

Each project required a little explanation and instruction, which was hands-on and much appreciated. Bilingual YAYA members, like Hugo, were very helpful in translating when needed and making the experience culturally inclusive and pleasant for everyone involved. Despite working on different projects, the air in the garden felt distinctly unified- jokes and laughter were exchanged throughout as we worked together to refine the garden and plant new crops. 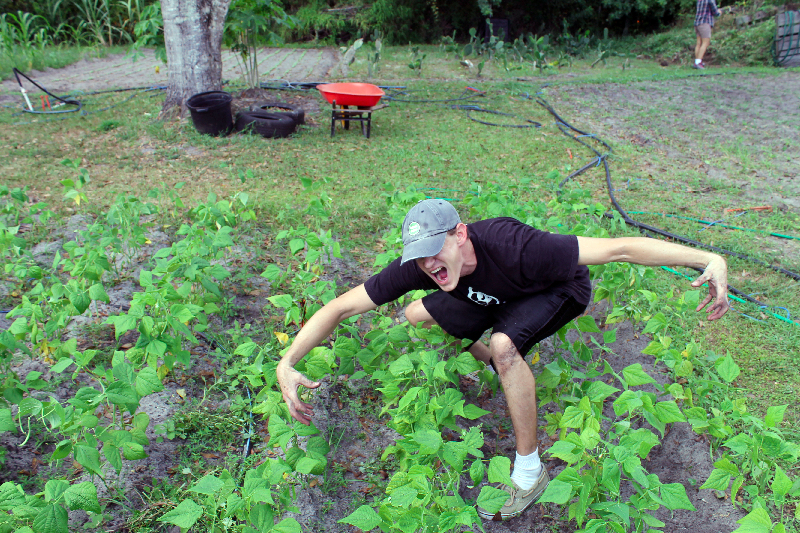 As the day went on and the temperatures rose, we were thoughtfully encouraged to take breaks and drink water. Things began to slow down after all the seeds had been planted and the irrigation sprinklers set up in the new plots. Daniel and Maru praised our hard work and educated us further about the crops. We sampled some hot peppers and cactus and were taught about the challenges and rewards of cultivating a totally organic vegetable garden. Then we loaded up into carpools and headed to the second plot just a few blocks away. We toured the second plot, but did not work on it as it was independently managed by participating community members.

Our day ended back at the FWAF office where dinner was generously provided for us. Everything was homemade, fresh, and delicious. Vegetable dishes were made with produce directly from the garden which reaffirmed the rewards of the community garden project. The work and the feast brought us all together and I feel truly made a family of otherwise strangers. 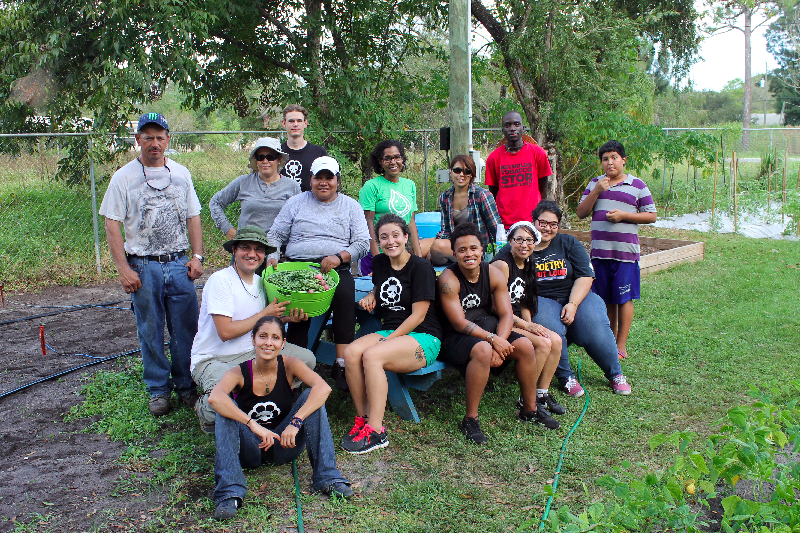 When we left that day, we left tired yet fulfilled- we got to see the fruits of our collective labor and work with some really amazing people to create something sustainable and positive in the community. The Fellsmere community garden project is in my mind a success, it provides the community with a secure supply of organic produce, encourages community involvement, and strengthens bonds between organizations.

I am grateful for the opportunity to participate and excited to return again with YAYA in the future.