If at First You Don’t Succeed… 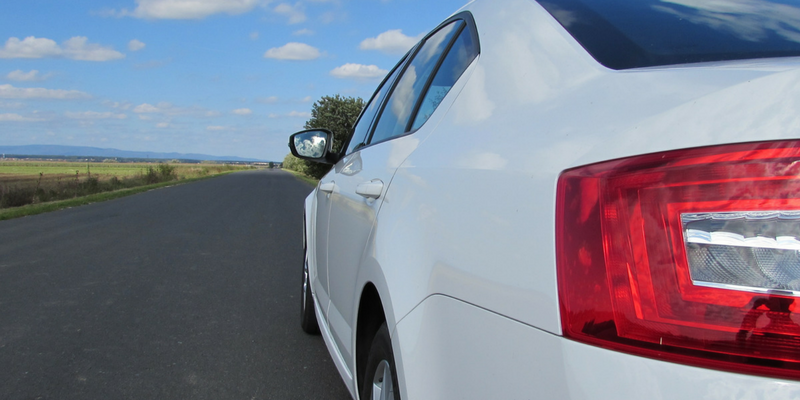 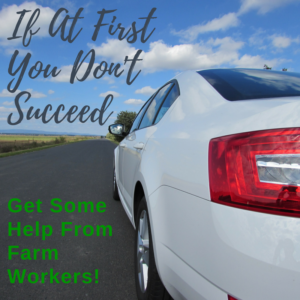 NFWM supporters have been volunteer drivers to help FLOC members attend union meetings for over a decade. This year, the Triangle Friends of Farm Workers organized volunteers in North Carolina to help farm worker delegates get to the overnight bus they’d take to FLOC’s convention in Toledo, OH. This volunteer gig entails navigating rural North Carolina to find labor camps where farm workers live. It can make for some comical mis-adventures. Anna Jensen, director of the North Carolina Farmworkers’ Project shared hers with us this year.
First Try

The address I was given took me to a row of three small white houses where farm workers were sitting outside on the porch. I greeted them in Spanish and asked for the man I was supposed to pick up. No one had heard of him. “Maybe he lives in that house,” one of the workers suggested, pointing to a house set apart from the others. I thanked them, and drove to that one. No one there had heard of him either. I couldn’t reach him by phone.

As I was about to drive away, one of the workers from the first house came over. “Maybe he lives in the cabin?” he asked the guys at the second house. “Oh, yeah, there are a handful of people in the cabin,” they agreed. “To get there: go straight here, turn left at the stop sign, go about 2 miles and there will be a dirt road near a little hill. Take that and you’ll see the house, it’s the only one around.” I thanked them and tried to follow their instructions, but it was now fully dark. I couldn’t see any dirt roads in the area. This was the country, so there were no street lights.

Second Try
I passed a set of trailers with lights on and a group of men sitting outside, so I pulled in. Two fat pit bulls came over to say hello. I called out to the men sitting under an awning. “Sorry to bother you,” I said in Spanish, “but do any of you know where this person lives?” I gave them his name. One turned to the other and said, “Doesn’t your friend work with someone by that name? The second worker said, “I’ll call my friend and see if it’s the same guy.” He called, and his friend confirmed that he did work with the person I was looking for. He hung up the phone. “They’re at the store right now, but when they get back to the house I’ll take you there if you want.”

I thanked them for taking the time. Just then his phone rang and his friend told him he had been wrong, the worker I was looking for was already back home. “Ok, let’s go,” the man I had been talking to said, and hopped in his truck.

Third Time’s a Charm!
I followed him in my car. We drove about a mile and turned down an unmarked dirt path, which went another mile through tobacco fields. The moon had risen giant and orange over the tobacco. We drove just about far enough for me to start to wonder if this had been a good idea after all, following someone I didn’t know down an unmarked dirt road in the country, and then we rounded a corner and there was a small house, with all of its lights on, and the man I had been supposed to pick up waiting on the porch with his overnight bag.

We made it to the bus rendezvous point fine!