In the morning of June 23rd, seventeen people, including members of the Young Communist League (YCL) assembled in front of the NFWM’s offices to prepare for a trip to Fellsmere, FL. This would be the fourth trip to this community with the objective of working on the Farm Worker Association of Florida’s (FWAF) community garden. This project is an effort to provide chemical-free foods to Fellsmere’s families. 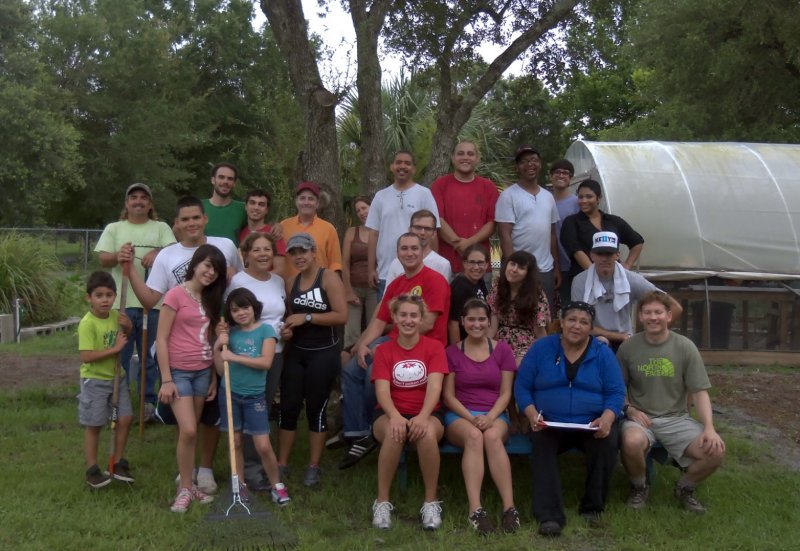 When we arrived at Fellsmere we were greeted by Yolanda Gomez, the main organizer, already hard at work at the FWAF office. Yolanda lead all the volunteers to the newest community garden to initiate an introductory meeting and begin working on the garden itself.

The meeting began with everyone introducing themselves, which was followed by a brainstorming session on how to get more of the local community involved with the project. Suggestions included; a newsletter, canvassing, open planning meetings, and other kinds of outreach and incentives. 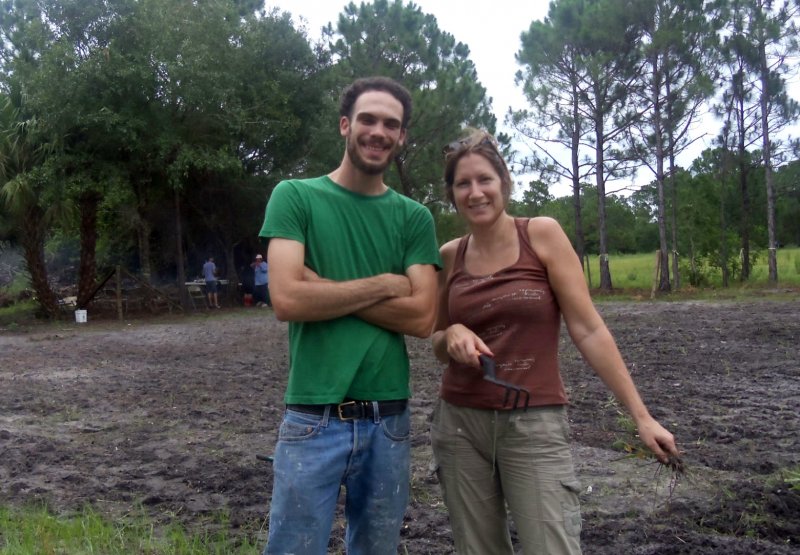 After the first meeting was concluded the local community and the volunteers divided up into groups and began work, which consisted of weeding and clearing the land, disposing of trash and debris, building a fence, and making bilingual signs that would mark the garden. We worked from the morning into the afternoon.

We took a break for lunch provided by FWAF and members of the community. During lunch some of the farm workers in the community shared their experiences working in the orange groves. One of the elder farm workers spoke of the low wages she was paid to do so much work and horrific stories about pesticide exposure. 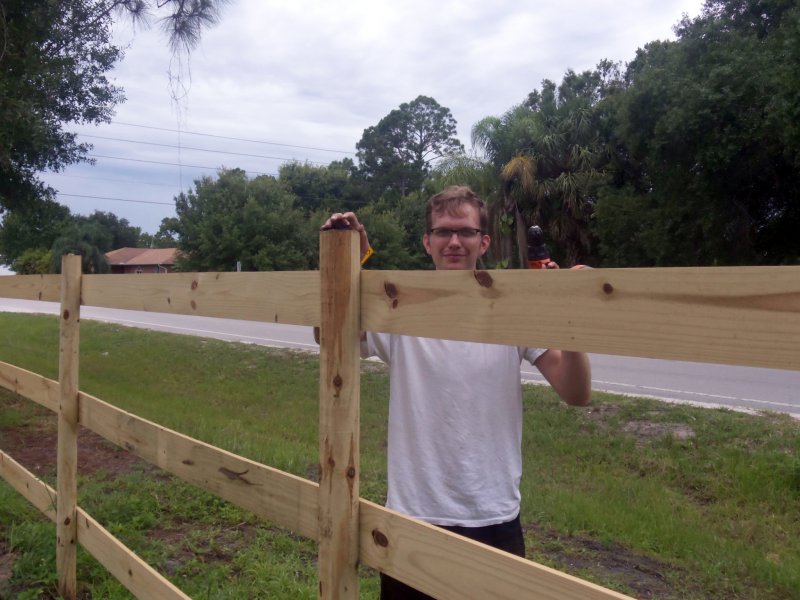 After lunch we continued our work, and then went to witness the success of another garden close by. Every patch was neatly arranged according to the type of vegetable that was being grown and the conditions necessary to care for them. Carrots, tomatoes, peppers, cilantro, and many other vegetables were being grown fresh and chemical-free.

Closer to the evening we concluded the day with everyone at the FWAF office participating in a debriefing and a group discussion about how the experience affected each of us personally. We had a nice dinner, also provided by FAWF and the community, and we enjoyed their company. 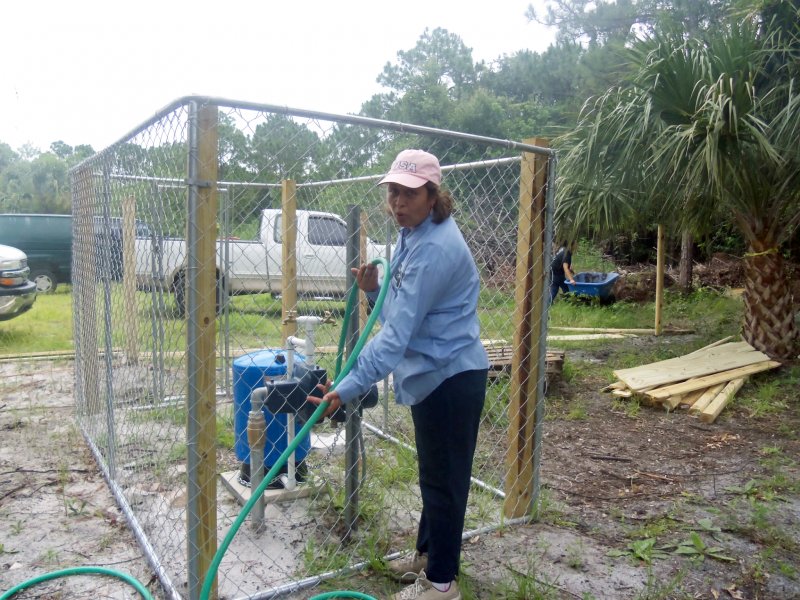 In the end this project helped us to better understand the issues facing farm workers in the fields and within their own community. YCL members expressed that they had learned a lot and were very supportive of the farm workers and YAYA. It’s certain that we will see more support and participation in the future, not only for the community gardens, but for the farm worker movement overall. This strengthened not only the relationship between YAYA and FWAF, but also between YAYA and the YCL.

The trip went very well. We cleared the land, disposed of the trash, built a fence and signs, made friends and contacts, and completed yet another phase in this inspiring community-wide project. 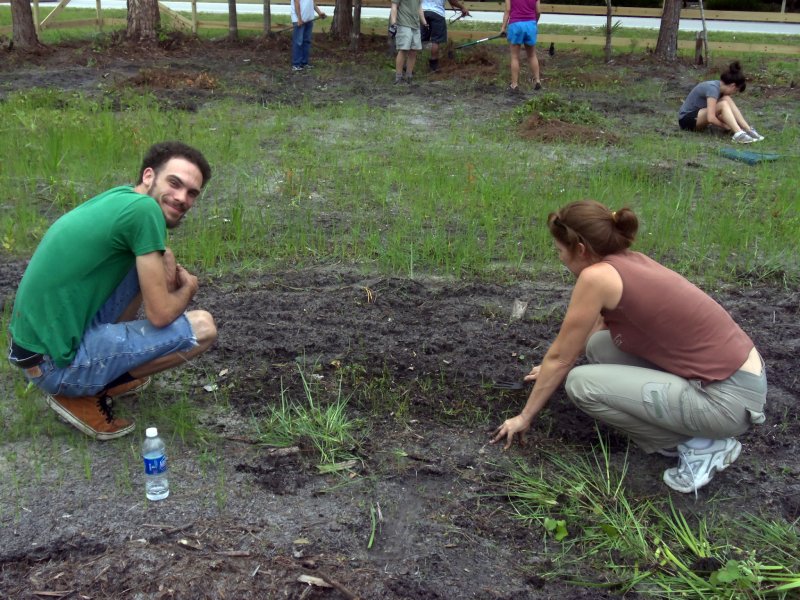 We’d like to thank everyone who participated: FWAF, the YCL, Orlando YAYA members, the farm worker community of Fellsmere, and all the donors and supporters who made this event possible.