Fat Bankers and Students Continue to Work for Justice 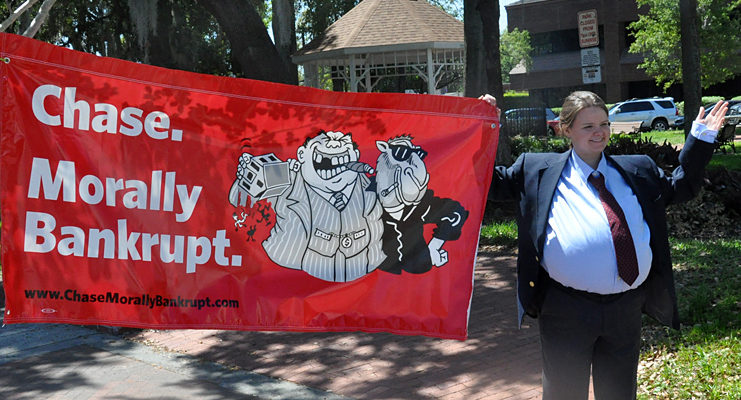 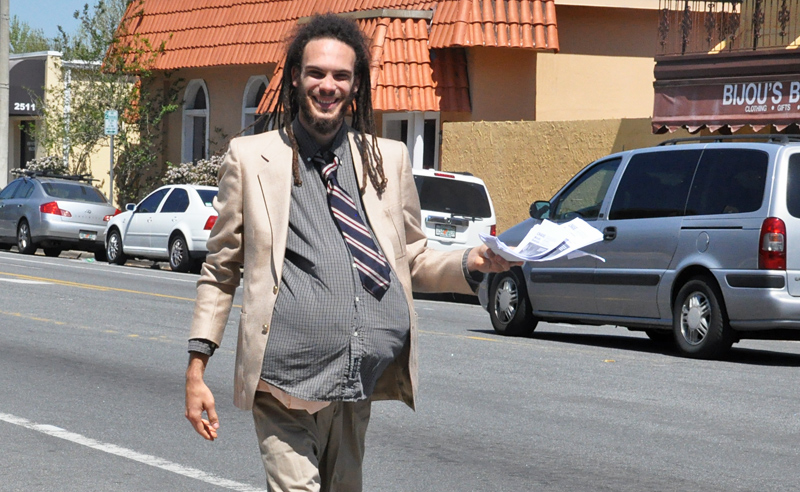 Orlando YAYA hit up 3 Chase branches on the March 18th FLOC Day of Action. After our last round of actions, we found that some Chase locations were inconveniently tucked away into shopping centers or inaccessible to pedestrians. This time around, we strategically chose locations with high visibility and accessibility. Although we covered only 3 banks instead of last month’s 5, every group reported the March 18 day of action as a success. We were able to involve Jon, who came with us to the CIW rally. 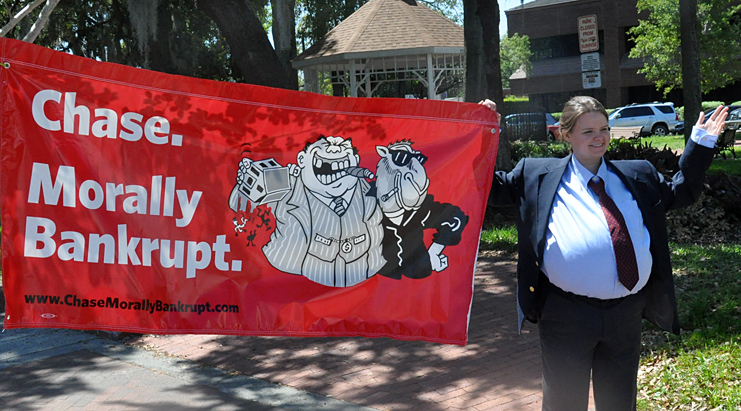 Cole and I dressed as fat bankers once again, to the delight of drivers by in College Park. Although this action happened amidst a hectic time for Orlando YAYA (still recuperating from a couple big events, as well as fighting anti-immigrant bills flying through our state legislature), it was very simple to carry out, with minimal planning necessary. Thanks to FLOC for making it easy and fun to stand in solidarity with the tobacco farm workers in North Carolina!

We went to the Chase branch on Semoran today for the FLOC day of action. When we first got there Dom suggested that we should go talk to one of the managers inside of the Chase before we stood outside with the banner and the fliers. Although we asked to talk to a manager, the lady from the Chase bank who received us did not have the title on her ID badge so we weren’t sure it was a manager, although I personally do not think she was.

As Dominique was speaking to her about our grievances she seemed to be attentive, albeit lost, but at no point did she seen hostile or defensive, which I was surprised. We gave her the flier that she agreed to send to the corporate although we did not get her the number, which we realized we should have. Nicole said that even if she was not a manager herself she did go over to her co-workers as we were walking out. 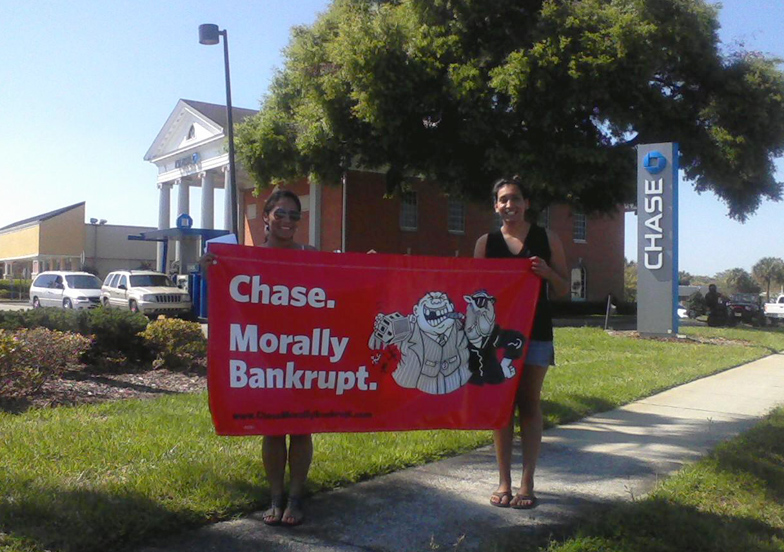 While Nicole and I were holding the banner, Dominique walked to both ends of the sidewalk and passed out fliers, and I had a lot of fun trying to get people to wave at us. But all in all it was a very rewarding day of action, and I felt that it was a good one for me because I learned a lot.

Thank you Dom for showing me the ropes of how to approach a Chase “manager”!