On Friday, August the twenty-fourth, YAYA joined FOCUS (The Federation of Congregations United to Serve) and PICO (People Improving Communities through Organizing) at Broadway United Methodist Church for their event Emancipate Your Spirit: Lifelines to Healing Movement Experience. The goal of the event was to bring awareness to the voter suppression tactics that have crippled the democratic process, and amendment 3, which would force deeper cuts in education, police, and senior services across the state. To accomplish this goal, FOCUS and PICO brought together community organizers and clergy leaders to discuss the issues, and offer solutions for change.

The event started with a light breakfast followed by the first speakers. Among them was Dr. Iva Carruthers, General Secretary of the Samuel Dewitt Procter Conference (SDPC). Dr. Carruthers addressed many aspects of voter suppression. She discussed how one in ten Floridians are denied their right to vote because of a prior felony conviction. She expanded on how this rule affects black communities at a higher rate as one in four African Americans are denied this right due to prior convictions. Dr. Carruthers went into the war on drugs and the how arrests for drug crimes are overwhelmingly made on people of color, and how this reinforces institutional racism, as well as leads to the disproportionate representation of people of color at voting polls.

As a farm worker solidarity group, YAYA seeks to understand the forces of institutionalized racism that affect farm workers and all people of color. It is important for us to also stand in solidarity with FOCUS and PICO as they seek to raise awareness of these issues as well. 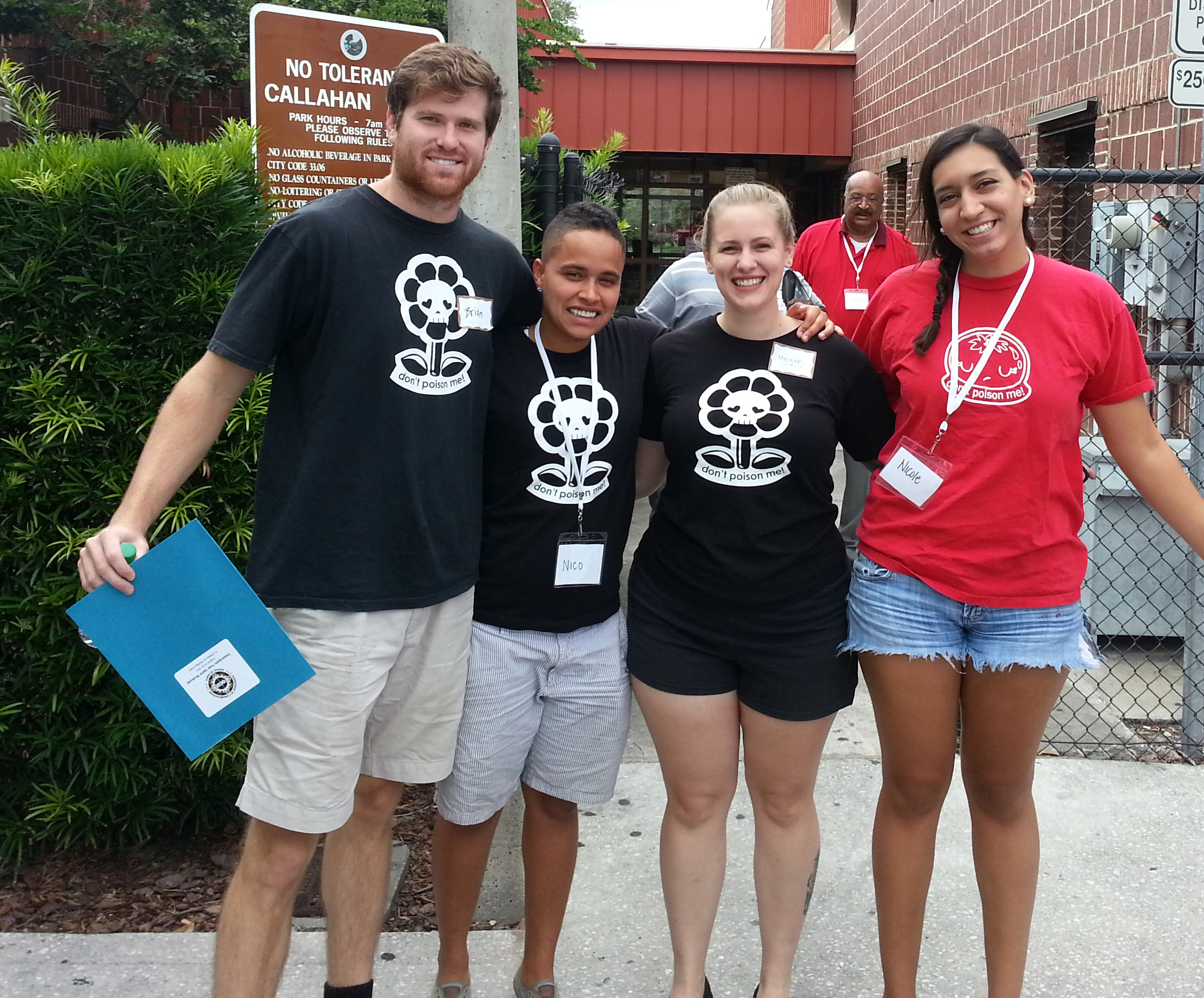 We also participated in a silent march around Paramour with organizers and members of the community. Many of us wore strips of cloth with the flag of the United States printed on them, to bind our hands and cover our mouths. This was done as a symbol of how our country has instituted policies that silence the voices of large groups of people. We also carried signs that read, “Let my people vote!” to emphasize this point. 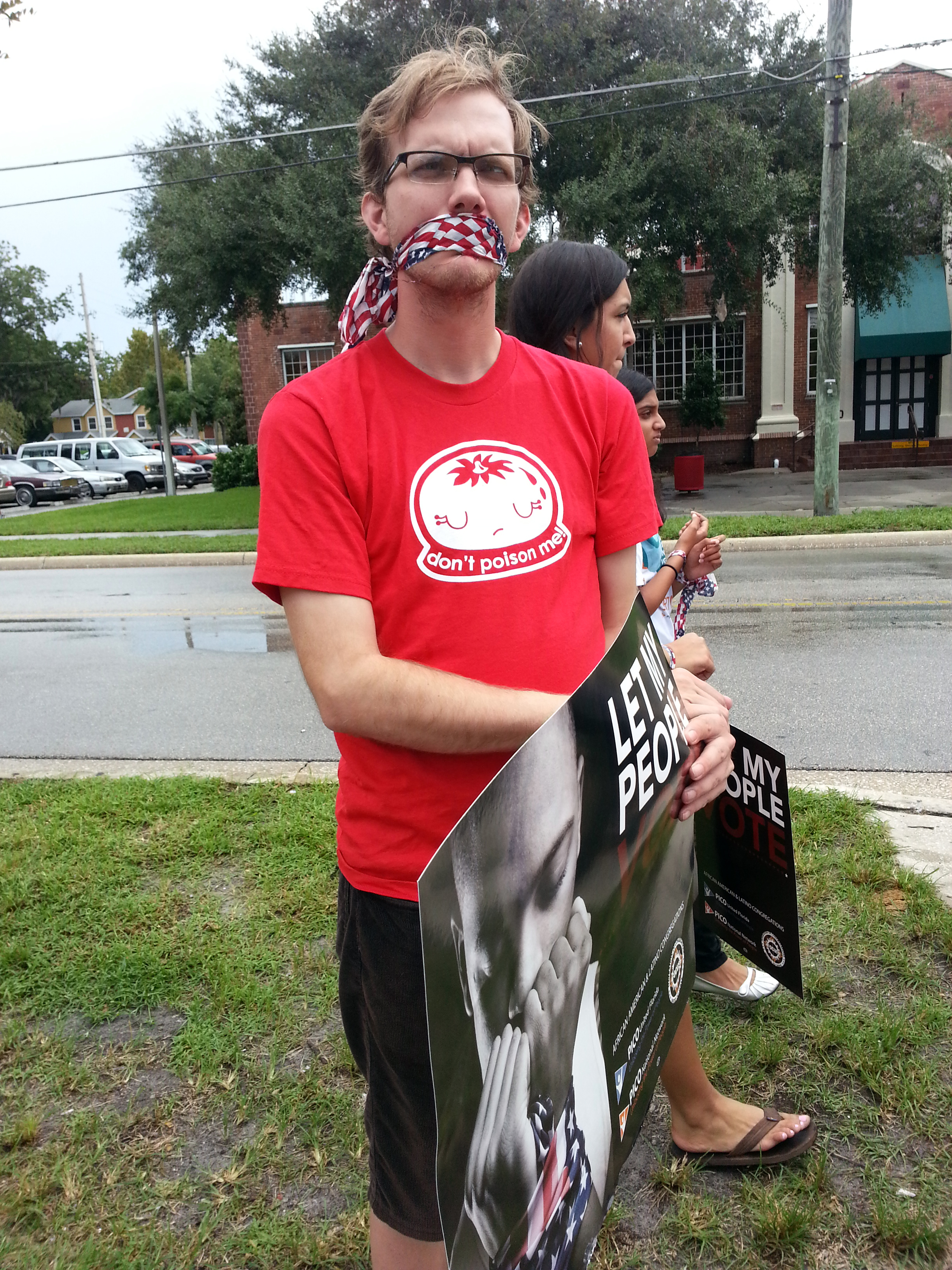 Both FOCUS and PICO are organizations that support justice for immigrants and immigration reform. Immigration policy is at the heart of farm worker issues and building relationships with organizations that share our goals, and bridging communities with issues that unite us, is an important step in building the farm worker movement. The event was a large success overall, as well as personally inspiring and motivating. We were also able to network with members of our community and inform them about what YAYA is and what we do. I hope that FOCUS, PICO, and YAYA are able to find ways to continue supporting and working with each other.