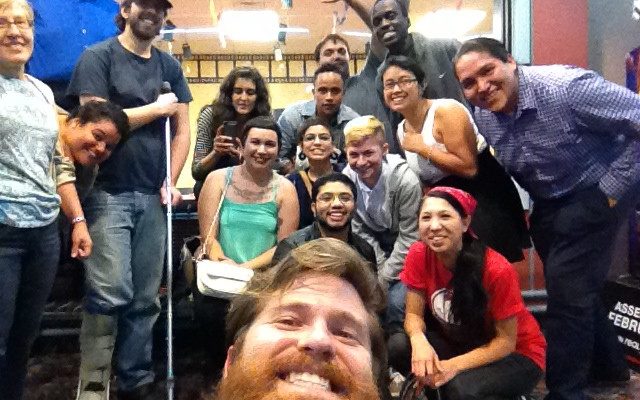 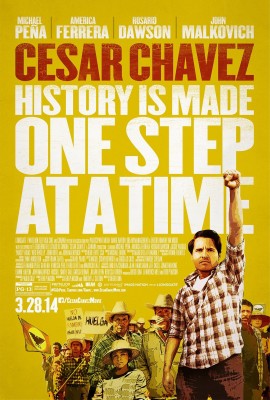 On March 28th, 16 members and supporters of Orlando YAYA took part in NFWM’s Pack the Theatre selfie challenge for the premiere of the Cesar Chavez movie.

We watched in awe as we saw some historical moments in Cesar Chavez’ life highlighted. It was great to see that such an important figure in the labor movement has made their way to a more general audience where people could here about Chavez legacy and the work of the United Farm Workers (UFW).

Overall, the movie is pertinent to outreaching to a variety of people who may not be familiar with the UFW, Cesar Chavez, Delores Huerta, and other key people during the grape boycott. The movie also depicted some very real conditions that still exist to day in the fields such as, grower pressure to keep farm workers from speaking out, tactics used by politicians for these workers to not have a voice, and so forth.

I hope that as more audiences watch the movie that they go beyond the theater and look into the UFW and farm worker conditions as a whole. A lot was left untouched in the movie and so it is important that we discuss the ways in which we must continue Cesar 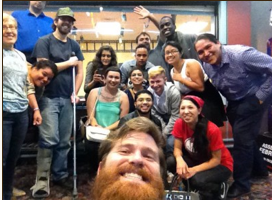 Chavez’ fight until justice for all farm workers is obtained!

PS: Check out this ABC special by John Quiñones that highlights the conditions that farmworkers still face today. Yolanda Gomez and Elvira Francios, members of FWAF-Fellsmere, are interviewed in the brief clip!