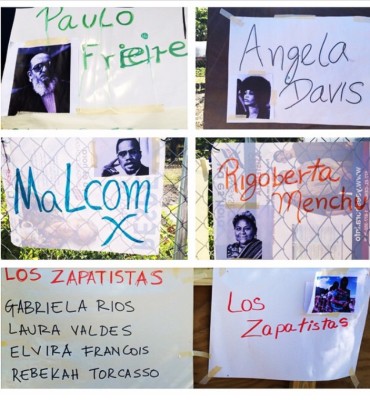 I think often times when we refer to the term grassroots we tend to think of it as a metaphor. But, at the Farm Worker Association of Florida’s (FWAF’s) Agroecology Encuentro, folks from all over the world gathered together to challenge ourselves to reimagine how we understand social transformation as something integrally connected to ecological transformation. Over the course of five days, beginning February 12 and ending on February 16, we listened to panelists who are all a part of the international organization, La Via Campesina, discuss how they were utilizing principles of agrecology to build and sustain a food movement that not only utilized ancestral knowledge to reconnect people and land, but also to promote social justice (and to see these goals as one and the same).

In fact, during our time at the encuentro, we were divided into groups named for influential social justice activists throughout history:

Angela Davis
The idea of freedom is inspiring. But what does it mean? If you are free in a political sense but have no food, what’s that? The freedom to starve? 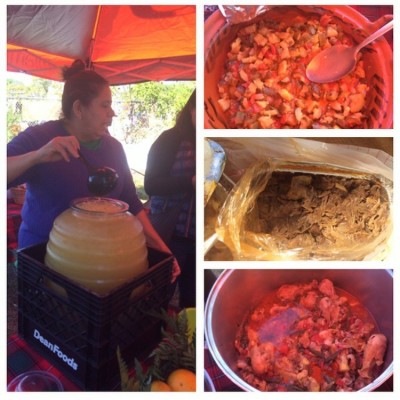 Our main reasons for gathering at this encuentro were to celebrate, learn about, and learn from what the Fellsmere community has done to create and sustain FWAF Fellsmere’s Campesino’s Garden. In addition, we learned about how they were expanding their efforts to the Homestead community. We spent half of our time in Fellsmere and the other half in Homestead. One of the first things we learned was that the gardens function both to provide farm workers with access to quality food and to make an argument for the dignity of farm labor.

Paulo Freire
For apart from inquiry, apart from praxis, individuals cannot be truly human, Knowledge emerges only through re-invention, through the restless, impatient, continuing, hopeful inquiry human beings pursue in the world, with the world, and with each other.

Each day was divided into panel discussions and then “hands on” workshops on agroecological methods where we could put to practice what we had talked about in the panel sessions. Most folks came together to discuss the importance of agroecological principles and how they were able to utilize them in practical ways to sustain environmental/social justice. One of the most common ways was through the creation of community gardens and/or co-operatives that challenge capitalist models of consumption with regard to food.

Global capitalism, folks argued, ultimately robs people of their relationship to land and their ability to gain the skills and knowledge needed to cultivate and grow their own food (food sovereignty). This same logic that separates people from land also separates us from each other. Whereas folks used to be able to spend time building relationships with each other as we built relationships with land, we now simply do not have the time to do so. In fact, the demand for labor in a capitalist economy, they argued, is partly what robs families and folks from being able to spend time together. Additionally, it places demands on food production that lead to the degradation of the land that we ultimately feed off of through the use of methods that are unsustainable and dangerous (like pesticides).

Another really important aspect of the trip was that we valued lived experience and story-telling as important ways of learning and knowing. In fact, we made space for talking about our experiences everyday. What’s more, Tirso Moreno, who is the general coordinator at FWAF, took a few of us out to meet and chat with some farm workers from the Fellsmere area – predominately a citrus industry. We woke up at 5 a.m. to try and catch folks having their cafecito before heading out to the fields. Tirso sat and talked with us about the history of FWAF and the citrus industry in Florida while we waited.

Eventually we were able to chat with some farm workers on the bus before they headed out. They told us that it was grapefruit season for them. One of the farm workers there had been working the citrus fields for 30 years. He said that in that time, the pay for picking grapefruits has only increased by three dollars.

Malcom X
By Any Means Necessary 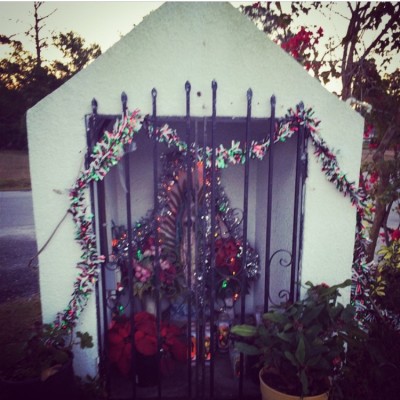 We ended our time at the encuentro in Homestead, chatting with folks about the difficulties they are having sustaining their garden. One of the difficulties that folks in Homestead have is size. Whereas in Fellsmere, the community is small, and folks have been able to infiltrate the local government in order to gain support for the garden, in Homestead there are a lot more entities vying for recognition and money. What’s more, folks here argued that homophobia was rampant on the fields.

We worked together in groups to develop declarations for how FWAF and La Via Campesina could work together to address the issues that folks were facing in the fields.

Overall, the encuentro was a success. I learned a lot about how farm worker movements are also about ecological justice, and I learned some practical skills that I can use to create my own garden, even in my mostly concrete apartment complex.