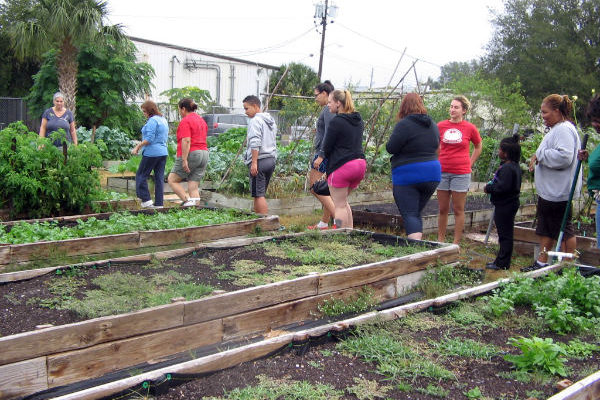 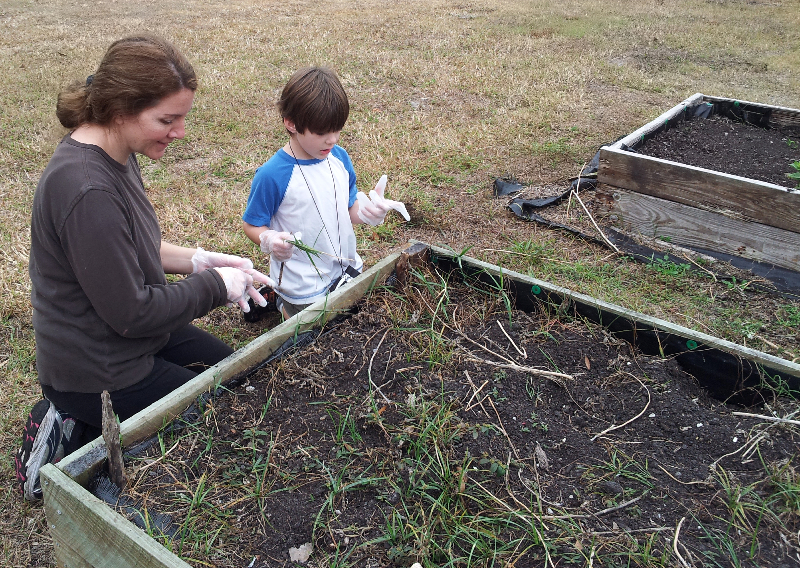 On Saturday December 8th, seven YAYA members geared up for a day of gardening at the Billie Dean Community Garden to help the Farm Worker Association of Florida (FWAF), Apopka prepare for the Fall Harvest luncheon.

There were also about 10 other members from the community in attendance to help out with various chores such as picking up trash and weeding. The aim of this event was to tidy up the Billie Dean Community Garden for the Fall Harvest Luncheon, an event to showcase the community’s efforts and to educate people about Apopka’s food system by giving community members a hands on approach under the guidance of agricultural professionals regarding where our food comes from and the time, effort, and people power it takes to grow and harvest food.

Everyone arrived at the garden around 8/8:30 am, gathered into a circle, and proceeded to introduce themselves and share how they were tied to the farm worker movement. Ana and Blanca, two women who worked as migrant farm workers, recounted their experiences working in the fields, having to raise and support a family, and their involvement in the farm worker movement. After the icebreaker, Holly Baker from FWAF gave us some background information about the community garden and how important it is to improve Apopka’s food system.

Holly continued to explain how the garden raised awareness about farm worker issues as well. The city of Apopka wants farm workers to help at the Billie Dean Community Garden because of the skills and knowledge farm workers possess in regards to growing and harvesting food. I feel like this is a significant step by having community members recognize that migrant workers possess a very specialized skill and that they are being sought out to share this skill set with the people who participate in the Billie Dean Community Garden and the surrounding community.

We did a quick tour of the garden as Holly pointed out what needed to be done and where: weeding in this bed, clearing out dead brush, picking up garbage, etc. Even though we were only working on the garden until 11 am, our group got  lot accomplished! The entire perimeter of the garden was picked up and is now trash free, at least five beds were weeded and pruned, and YAYA is continuing to develop a relationship with an organization that has contributed to the farm worker movement in so many ways over the years!

Overall, I believe this event was a success. As a farm worker solidarity group, YAYA aims to work with other organizations to advocate farm worker rights and bring awareness to communities and FWAF Apopka is doing just that with the Billie Dean Community Garden! YAYA hopes to continue this relationship and help out in any way possible to educate our communities about the farm worker movement.

We would like to thank the Farm Worker Association of Florida for inviting us to the garden and teaching us so much about the gardening process and what it means to have a community garden. We can’t wait to make it back out there!