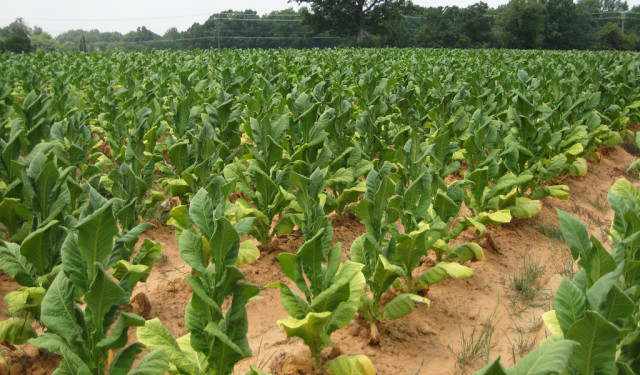 A Statement on Justice for Farmworkers
Alliance of Baptists – Annual Meeting, May 3, 2014

For many years the Alliance of Baptists has supported the work of the National Farm Worker Ministry (NFWM). The Alliance support of NFWM is consistent with the Alliance Covenant and Mission, which states:  In a time when historic Baptist principles, freedoms, and traditions need a clear voice, and in our personal and corporate response to the call of God in Jesus Christ to be disciples and servants in the world, we commit ourselves to … the proclamation of the Good News of Jesus Christ and the calling of God to all peoples to repentance and faith, reconciliation and hope, social and economic justice….

There are two to three million farmworkers in the United States. Immigrant farmworkers often leave their home countries to seek a better life for their families and immigration to the US has increased notably since the 1994 signing of NAFTA, a free trade agreement that has driven over two million Mexican farmers out of business.

Farmworkers’ average annual income is $11,000; for a family it is approximately $16,000. Despite their poverty, farmworkers are not eligible for social services. Migrant children may attend as many as three different schools in one year, and over 50% of them drop-out before completing high school.

Farmworkers were originally excluded from the Fair Labor Standards Act of 1938 (FLSA) but were included in a 1978 amendment that mandated minimum wage for workers on large farms only. The FLSA has never been amended to provide overtime for farmworkers. The FLSA allows children as young as 10 to work in farm work under certain conditions and with their parents’ consent. Children must be at least 14 to perform most other types of work, under both federal and state law.

For several years, NFWM has supported the Farm Labor Organizing Committee (FLOC) and its work in North Carolina. FLOC is a farm worker union founded in the mid-1960s. FLOC successfully mobilized farm workers and the general public to put pressure on the powerful corporations that buy from the growers, instead of the less-powerful growers who source their products to corporations. Utilizing non-violent tactics like marches and public boycotts, FLOC was the first group to use a corporate campaign to win a seat for farm workers at the bargaining table along with growers and corporations.
FLOC has two critical goals:

1. Change the structure of society to benefit farm workers. In particular, the labor union process places workers as equals at the bargaining table, and provides an effective structure for self-determination.
2. Build a strong popular base of supporters for justice. Corporations have tremendous economic and political power, but if consumers work together to hold these corporations accountable, they can collectively tip the balance of power to bring justice to farm workers. For example, millions of people boycotting certain products can tip the balance of power.

FLOC’s most recent campaign targets the RJ Reynolds Tobacco Corporation on behalf of farm workers who work in tobacco fields. R.J. Reynolds Tobacco Company, based in North Carolina, is the second-largest tobacco company in the United States, manufacturing about one of every three cigarettes sold in the country. While big tobacco corporations make billions, tobacco farm workers live in poverty, face racism, harassment, nicotine poisoning, lethal pesticides, miserable housing in labor camps and denial of basic human rights and labor protections. For instance, due to lack of mandatory water breaks for farm workers and the fact that nicotine increases body temperature, tobacco farm workers are at great risk of heatstroke.

FLOC has continuously called on RJ Reynolds to meet with representatives of the farm workers it relies on to make its products. After years of struggle by FLOC and allies in May 2011, Reynolds, at its annual shareholder’s meeting, pledged:

• To use an independent third party to monitor working conditions in tobacco fields that supply to Reynolds.
• To support a council of tobacco industry members, growers, farm workers and other stakeholders.

After years of advocacy by religious and student communities, labor and civil rights organizations, and concerned consumers, Reynolds management and FLOC began meeting directly in June of 2012. An abundance of support and encouragement for farmworkers’ voices resulted in the achievement of these meetings. In September 2012, over 200 religious leaders signed a letter sent to Reynolds CEO and directors on behalf of tobacco farm workers. The letter calls on Reynolds to work with FLOC to develop a written agreement establishing a process guaranteeing freedom of association and collective bargaining for tobacco farm workers in the Reynolds supply chain.

Because of our commitment to God’s justice, we — the Alliance of Baptists — reaffirm our support and commitment to the ecumenical work for justice for farmworkers by the National Farm Worker Ministry. We will remember this commitment every time we eat as we remember the people who picked and prepared the food we enjoy.

Furthermore, we pledge to raise our voices in advocacy for farmworkers: for safe and decent working conditions; for fair pay for their labor; for the right to organize and to bargain collectively; and for adequate housing, health care, schooling, and other social services.

We call on our Alliance of Baptists Congregations to:

• Lead in prayer, teaching, and preaching about the biblical, spiritual and moral basis for justice for farmworkers.
• Join with the National Farm Worker Ministry, other faith leaders and other faith communities in calling on Reynolds American to work with the Farm Labor Organizing Committee to develop a written agreement establishing a process guaranteeing freedom of association and collective bargaining for tobacco farm workers in the Reynolds supply chain.

(With thanks to National Farm Worker Ministry and the NC Farmworkers Institute for educational materials and advocacy information included in this statement. See www.nfwm.org; www. http://www.ncfarmworkers.org/