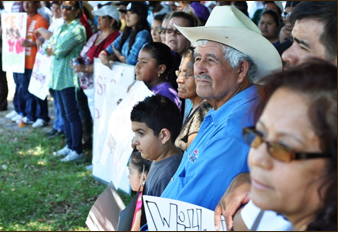 The Agricultural Labor Reform Principles were agreed upon by many farm worker groups, including the UFW, PCUN, FLOC, CATA, the Farmworker Association of Florida, Farmworker Justice, NFWM and others. 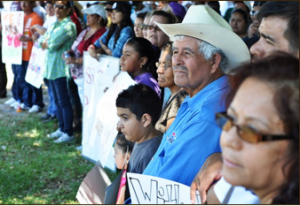 1.       A workable legalization program with a path first to permanent resident status, and then to citizenship, for the million farm workers who are currently working in the fields,  including their spouses and children.

2.       An end to the status quo of poverty and abuse; farm workers cannot continue to be second class workers.  The goal of any program should be improvements in farm worker wages and working conditions.

GENERAL PRINCIPLES on any guestworker programs:

1.       Equality of Treatment – Guest workers should have the same rights and protections including access to the courts as the U.S. workers.

2.       No Discrimination – There should be no incentives to discriminate against U.S. workers (including newly legalized workers) i.e. it cannot be cheaper to hire guest workers than U.S. workers.

3.       Fairness – Farm workers need to be paid more not less. The latest data, issued from the Department of Agriculture on November 27, shows that labor expenses on farms have increased just 0.7 percent over the past year. Costs for hired labor, those who work on the farm long-term, are up just 0.5 percent. Costs for contract labor, the harvest-time pickers, are up just 1.5 percent. In other words, labor costs are well-below the level of general price inflation. In fact, farm labor costs are still below where they were in 2008 on a nominal basis. In real terms, labor costs are falling for farmers.  Any guest worker program must protect farm worker wages from further declines.

4.       Economic freedom and opportunity –Experiences under the Bracero, H2A and other guest worker programs have demonstrated that if guest workers are tied to single employer,  the law must require significant minimum labor standards and procedures to protect foreign workers from abuse, prevent displacement of US workers, and protect against depression of wages and working conditions for all workers. A real free market solution requires that guest workers have the same right to quit and go to work for an employer who offers better wages and working conditions as U.S. workers have.

5.    Eligible to earn permanent residence – no one working in our country helping to feed our country should be condemned to permanent second class status.