Actions at Publix and Wendy's 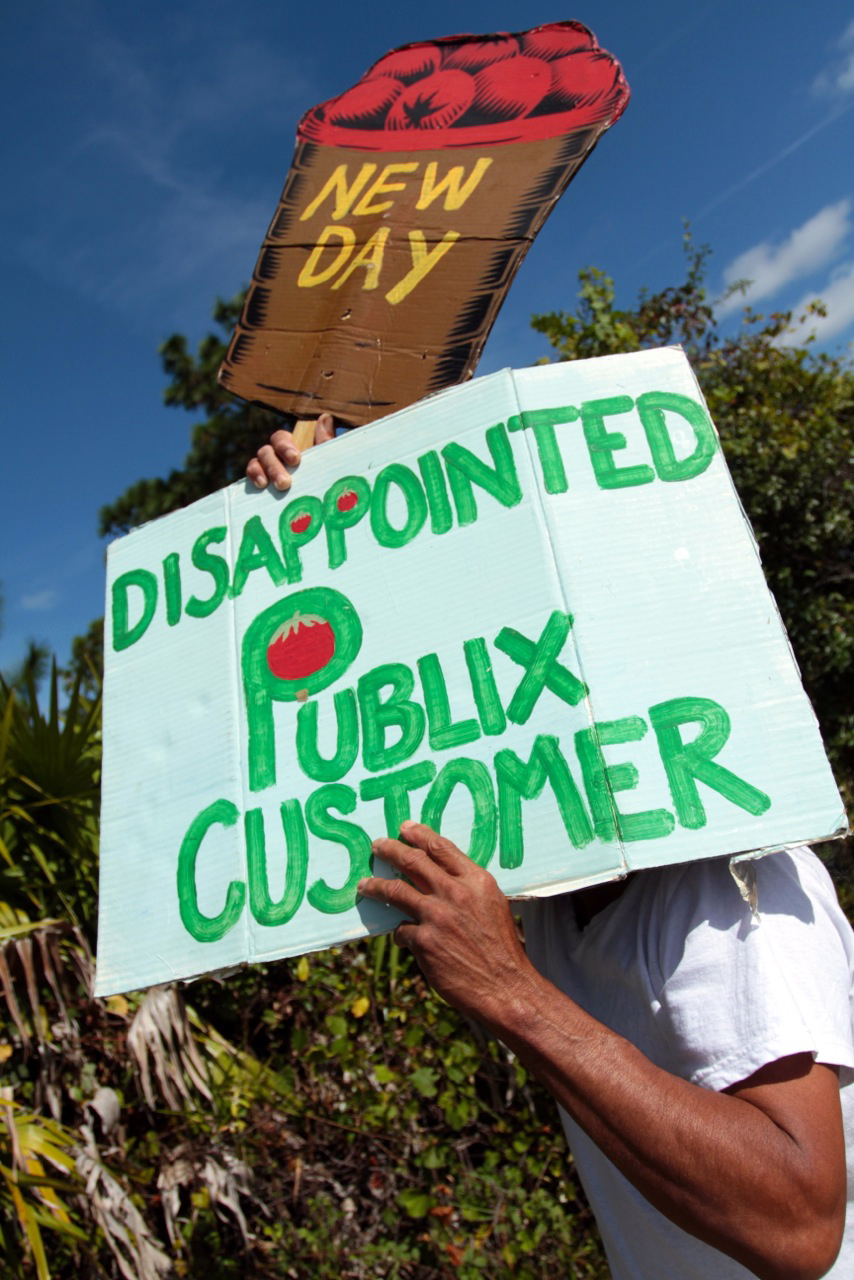 On Saturday, November 9th, thirty people joined the Coalition of Immokalee Workers (CIW) for an action that began at the opening of a new Publix store and ended at a Wendy’s restaurant. Participants included students from the University of Central Florida, members of the University Unitarian Universalist (UUU), individuals from the community of Immokalee, and of course, members of Orlando YAYA.

These rallies were a part of the CIW’s campaign which seeks to reach an agreement with both of these companies (Publix Supermarkets and Wendy’s) in order to increase the wages of tomato pickers by a penny more per pound, and to improve the overall working conditions of these workers.

The action was met with a lot of support from honking cars and passers-by. The Wendy’s rally was actually the kickoff to a whole week of action, coinciding with Wendy’s “Founder’s week” – which promotes the values of which the company was founded upon.

A small delegation from our group had the opportunity to go inside Wendy’s to speak with the manager of the establishment, and to deliver a letter on behalf of the CIW and its supporters. Being part of this delegation, I was able to speak to the manager, who though unresponsive, took our letter and asked us to not bother the customers. Interestingly enough there was also a police car with three officers watching us from the Wendy’s parking lot as we rallied. Although they didn’t prove to be much of a bother it was interesting that they somehow knew to be there.

Rallies are an important tactic when trying to spread awareness about farm worker issues. In this case, there was a very heavy flow of traffic and a lot of people got to read our signs. We had many conversations and even recruited a new member. I hope that this action made some people, or at least one person, reflect for the first time about where their food comes from.

We would like to thank everyone who participated in this action, specifically the UUU for bringing out members of their organization. Also a big thank you to the YAYAs who helped to organize this event!