On August 16-18 Cole Lee and myself were the lucky YAYA delegates sent to represent our organization at the NFWM Board Meeting in Santa Clara California. On the first day there, I was able to mingle with different board members present and together, we took several tours of the beautiful campus of the Santa Clara University. 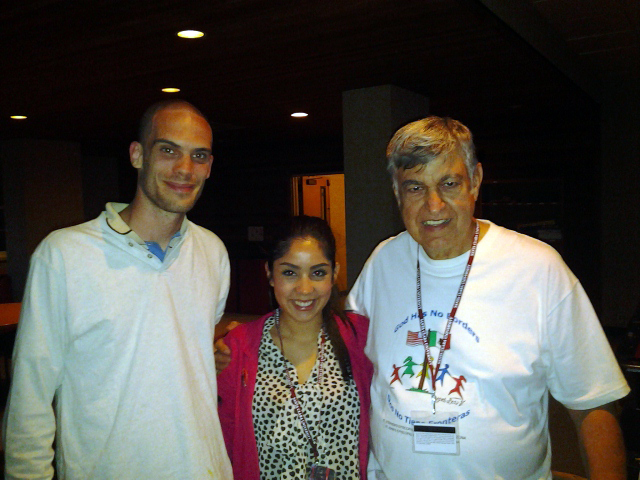 We were up bright and early the next day en-route to Salinas to visit the D’Arrigo Brothers headquarters in Salinas in order to urge D’Arrigo to negotiate a new contract with the United Farm Workers (UFW). Mr. D’Arrigo, the company President, declined an invitation to meet with us.

D’Arrigo markets vegetables nationwide under the label Andy Boy. Farm workers at D’Arrigo voted for the UFW many years ago. A contract was finally negotiated in 2007 thanks to an amendment to the California Agricultural Labor Relations Act providing binding mediation when the growers refuse to negotiate in good faith. Shortly before that contract was to expire, D’Arrigo orchestrated a campaign in 2010 to try and decertify the UFW – that attempt was ruled illegal by the Agricultural Relations Board. John D’Arrigo, and the head of Labor Relations, John Snell, were both cited for unlawful behavior.

When we visited, the company had been stalling in negotiations for a new contract and refusing to raise wages, which had dropped below many of the companies in the area. We were able to speak with a representative of the company who was not too pleased with the 25+ nationwide delegation in the office lobby. We spoke to him briefly and delivered a signed petition with all signatures of the delegate’s attending the NFWM board meeting, to be delivered to the president of the company.

Since our visit, and actions by the farm workers who pick for D’Arrigo, the company has raised wages and begun negotiations again. We were glad we could provide support when it was needed and hope the negotiations lead to a new contract soon. Si se Puede!

After our trip to Salinas we were able to visit Sundance Berry Farms, were the president Ernie Farley is an active member of the steering committee of the Equitable Food Initiative (EFI). The EFI’s stance of the agricultural system is 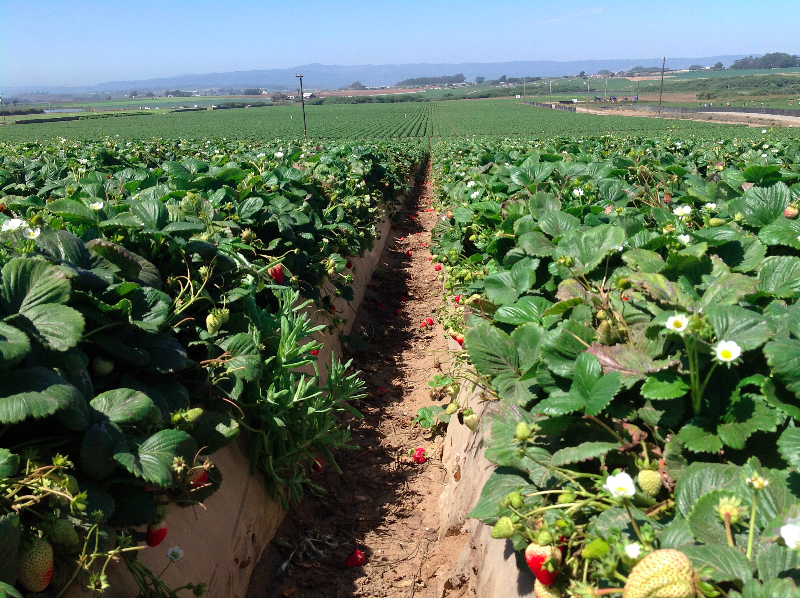 What’s so exciting about Sundance Berry Farms is that this is the first farm nationwide working alongside the EFI to consciously improve farm worker conditions on the field, and to develop a better relationship between farm worker and grower by listening to farm worker needs and demands. They are also working on several leadership models that are designed to foster and cultivate leadership skills within the Farm-Workers based on a communal leadership model that helps in areas of conflict resolution and team dynamics.

We were able to speak with several farm workers who were the farm worker elected representatives for each branch of labor (pickers, packagers, fore-person, truck drivers ect). Through our dialogue we were able ask how the leadership programs had affected their working conditions and the general consensus of the team seemed to be positive. At the end of our visit, the president, Ernie Farley was kind enough to send us off with about 80 strawberry boxes, which you buy at your local Costco!

After the visit to the farm, we were able to participate in a UFW meeting were several members updated the NFWM of their campaigns and actions, including the negotiations with the D’Arregio brothers and a push to educate communities on Deferred Action for undocumented youth. I also want to especially thank Lucy from NFWM from providing us with delicious lunch and desserts!

The next day, Cole and I were able to sit in and participate the NFWM board meeting. We were able to hear updates from the board members and campaigns/actions the NFWM was a part of. Cole and I also did a short presentation regarding the events and campaigns YAYA was able to participate in this summer. It was a great honor for us to be the delegates of such an awesome organization; we wore our YAYA shirts very proudly that day! 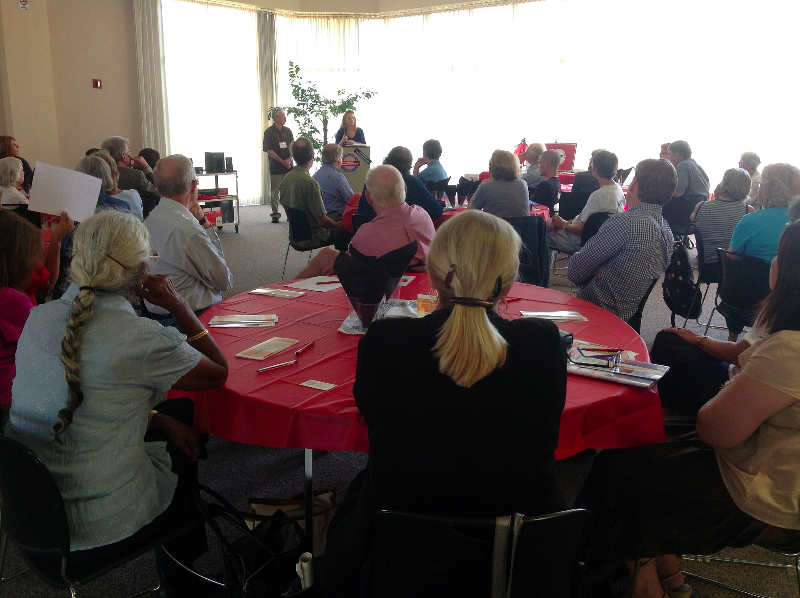 This trip was a very special experience for me, I was able to interact with different board members and able to listen to some of the awesome stories they shared. I learned a lot about how the NFWM works, not only by participating in the board meeting, but also by getting to know all the people involved. I would like to thank Susan for extending this invitation Cole and I, and to all the Board members who made this trip such a blast! Si Se Puede!

Pictures courtesy of Cole Lee and NFWM Board members